Donati's book made the list of best film books of 2013. 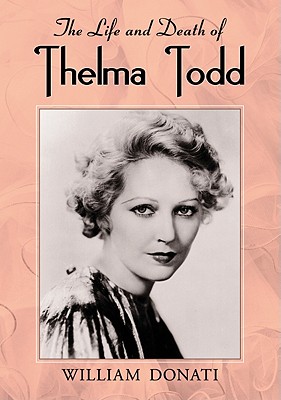 But I'll let him tell you about it himself. Might as well, since he's the one that told me:
"Thomas Gladysz, an arts journalist who writes
for the Huffington Post, included The Life and Death of
Thelma Todd in his Best Film Books of 2012. This is quite
an honor because Gladysz is a silent era historian and
authority on Louise Brooks.
Last summer I spoke about Thelma and my biography
at the Lawrence Library. What a thrill to be back in
Thelma's hometown. I had the pleasure of meeting Thelma's
relatives who attended my lecture.
William Donati"

It's good to hear that this book has been well recieved. It gives you a sort of a feeling of accomplishment when something you were able to help with turns out so well.