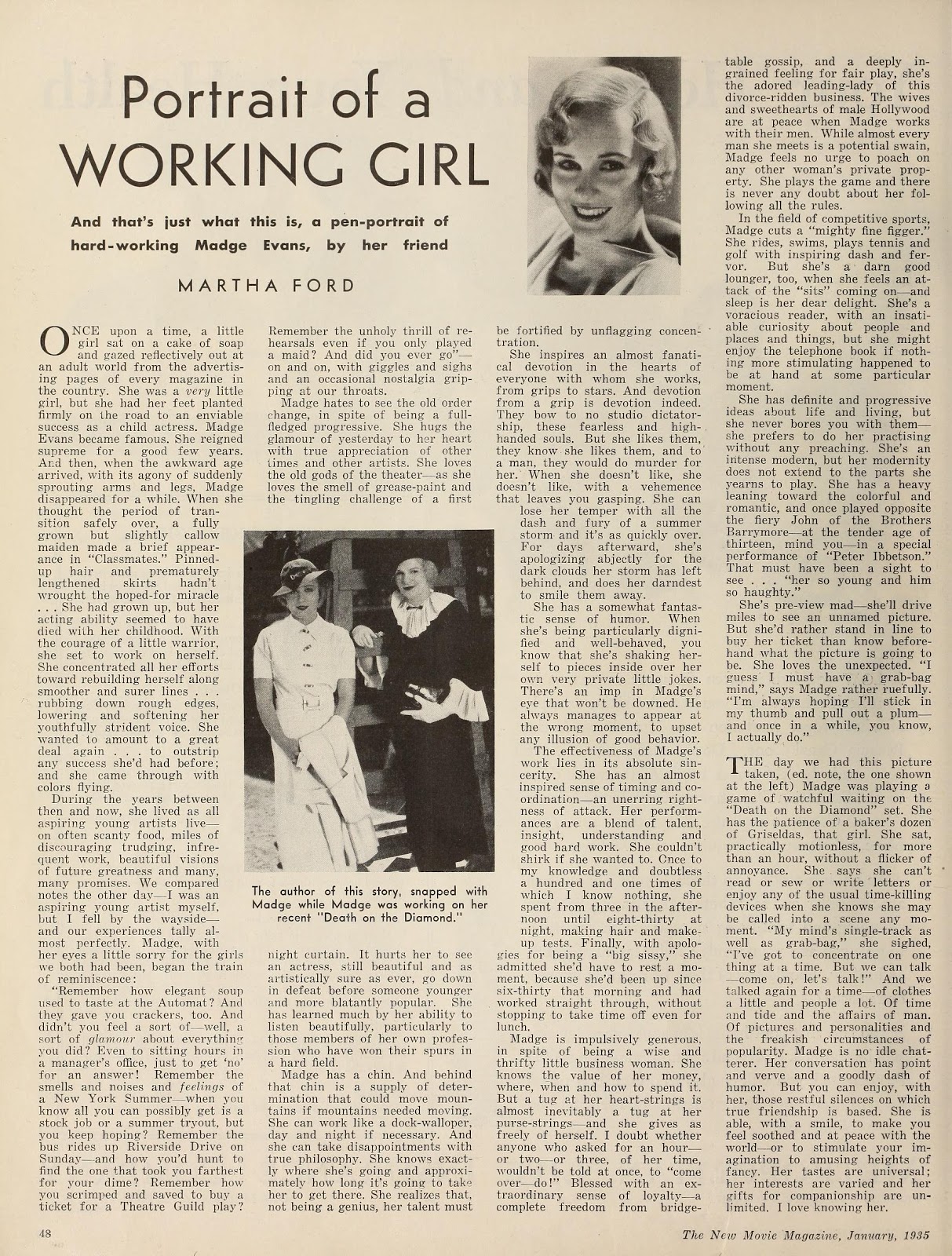 Martha Ford's maiden name was "Haworth", and she met Wallace Ford in 1921, when she was 19 and they were both appearing in the play ABIE'S IRISH ROSE in New York. Wallace Ford was "Abie" and she was one of the bridesmaids. They married about a year later and the marriage would last for the rest of their lives. They had one child, a daughter named Patricia.

I don't know if Martha Ford wrote anything else. This article reminds me of the one that Catherine Hunter wrote about Thelma Todd, "Blonde Menace", for SCREEN PLAY in February 1932. That one was also represented as an article about a famous movie star by a gal pal.


THE NEW MOVIE MAGAZINE:
http://archive.org/details/newmoviemagazin11weir
Posted by Benny Drinnon at 8:02 AM