Another period fan magazine with pictures of Thelma Todd and other movie stars. 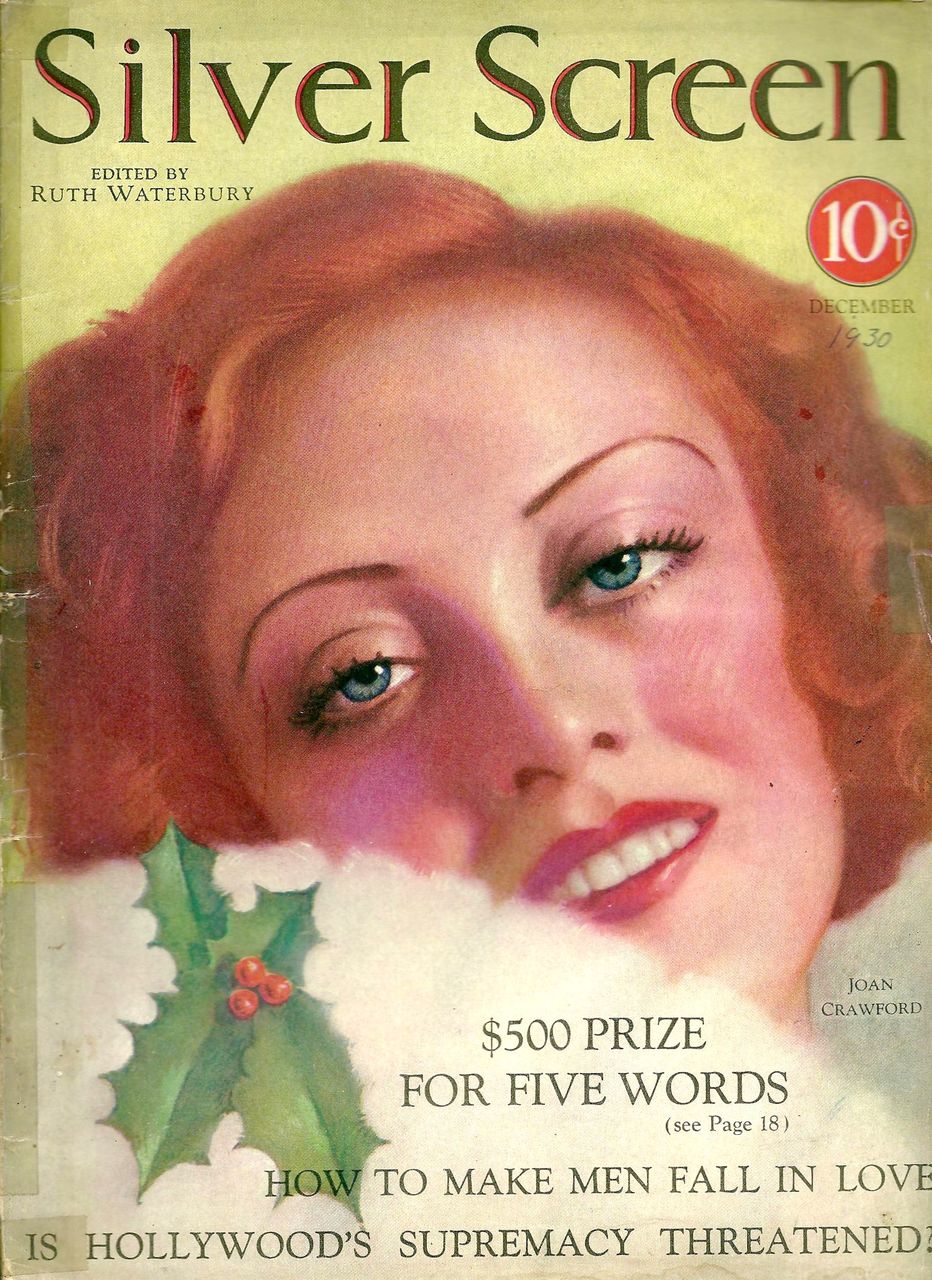 Joan Crawford had worked with Harry Langdon in the silent era. After sound came in, she was a star. 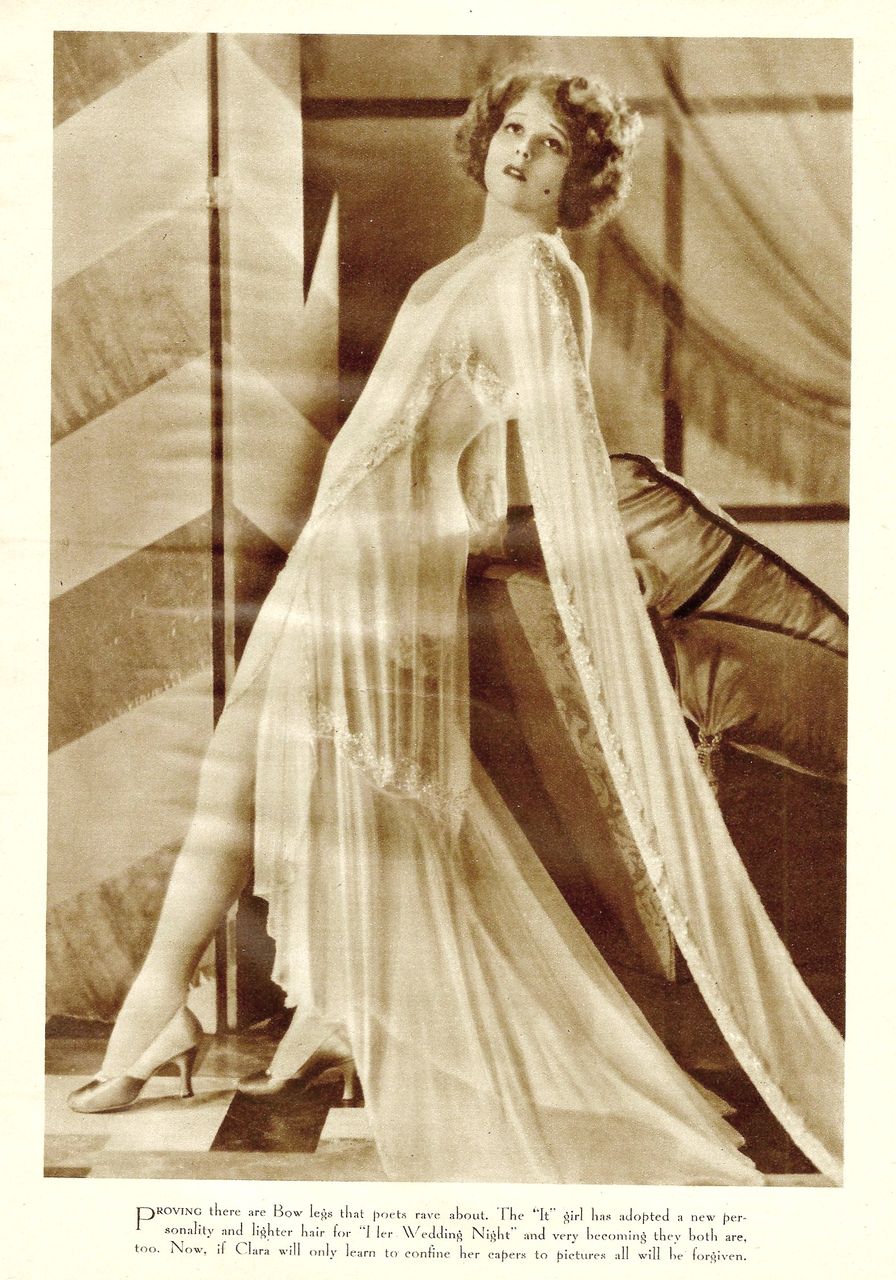 Clara Bow's popularity had slipped, but she was still making movies in the thirties. The line about her "capers" refers to bad publicity related to scandals of the time. 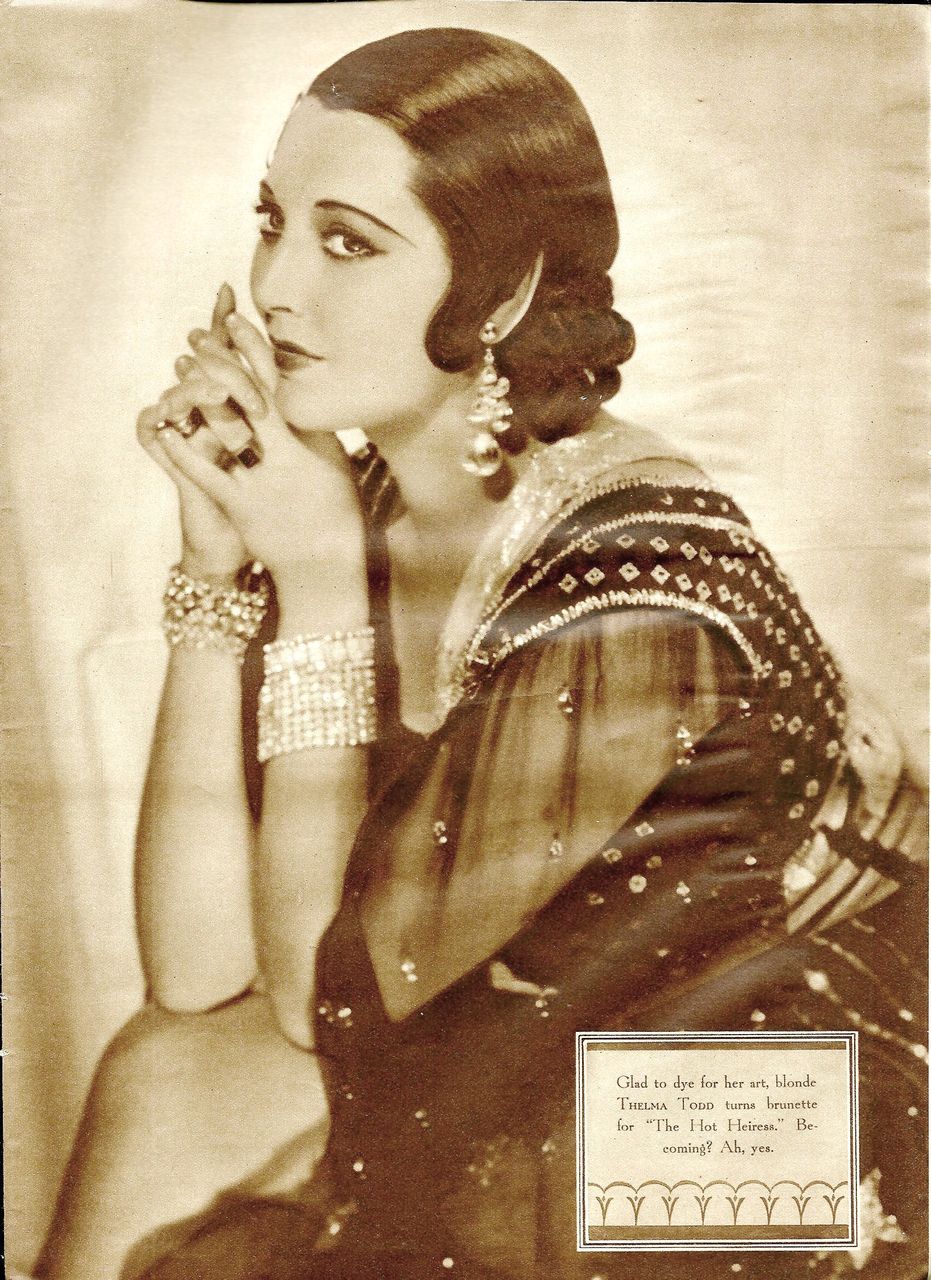 Blondes were big in the thirties, but here we have Thelma Todd as a brunette. Actresses frequently changed their hair colors for different roles. 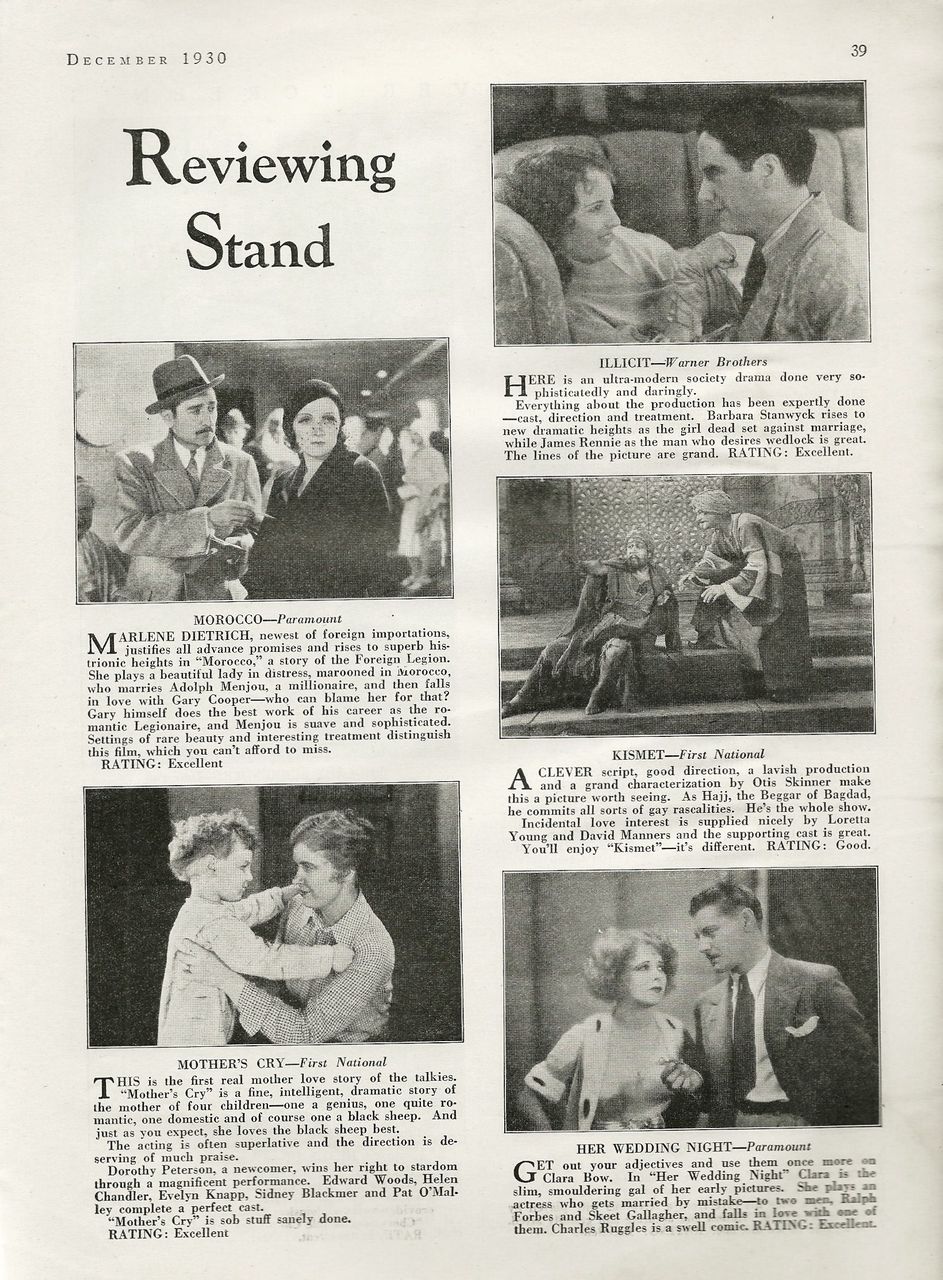