Wallace Ford and his wife were friends of Thelma Todd's.

From Wikipedia, the free encyclopedia
Wallace Ford (12 February, 1898 – 11 June, 1966) was an English film and television actor who, with his friendly appearance and stocky build later in life, appeared in a number of film westerns and B-films.
Born Samuel Jones Grundy in Bolton, Lancashire, England, he spent childhood in a Dr. Barnardo's home. At an early age he was adopted by a farmer from Manitoba, Canada where he was ill treated. About the age of eleven, he ran away and did odd later becoming an usher in a theatre.
Following his discharge from the army after World War I, he became a vaudeville actor in a before performing on Broadway.[1]
He started on a film when Metro-Goldwyn-Mayer gave him part in the film Possessed and went on to appear in over 200 films including 13 directed by John Ford. (The two were unrelated.)
He also appeared in a 1964 episode of The Andy Griffith Show as Roger Hanover, Aunt Bee's old flame, which originally aired October 19th. Twenty months later, Ford died. He is buried with an unmarked grave in Culver City's Holy Cross Cemetery.


Today, Wallace Ford might be remembered as much for his appearences in the "Mummy" movies as for anything else he did, although he had a long and successful career in the movies and later worked on television. His wife Martha is mentioned in connection with Thelma Todd in various accounts because of her testimony that she had talked to Thelma Todd on the phone the afternoon before she was found dead: the authorities insisted that Thelma Todd must already have been dead at that time and that Mrs. Ford must have been mistaken. A sad aftermath for a festive occasion at any event. 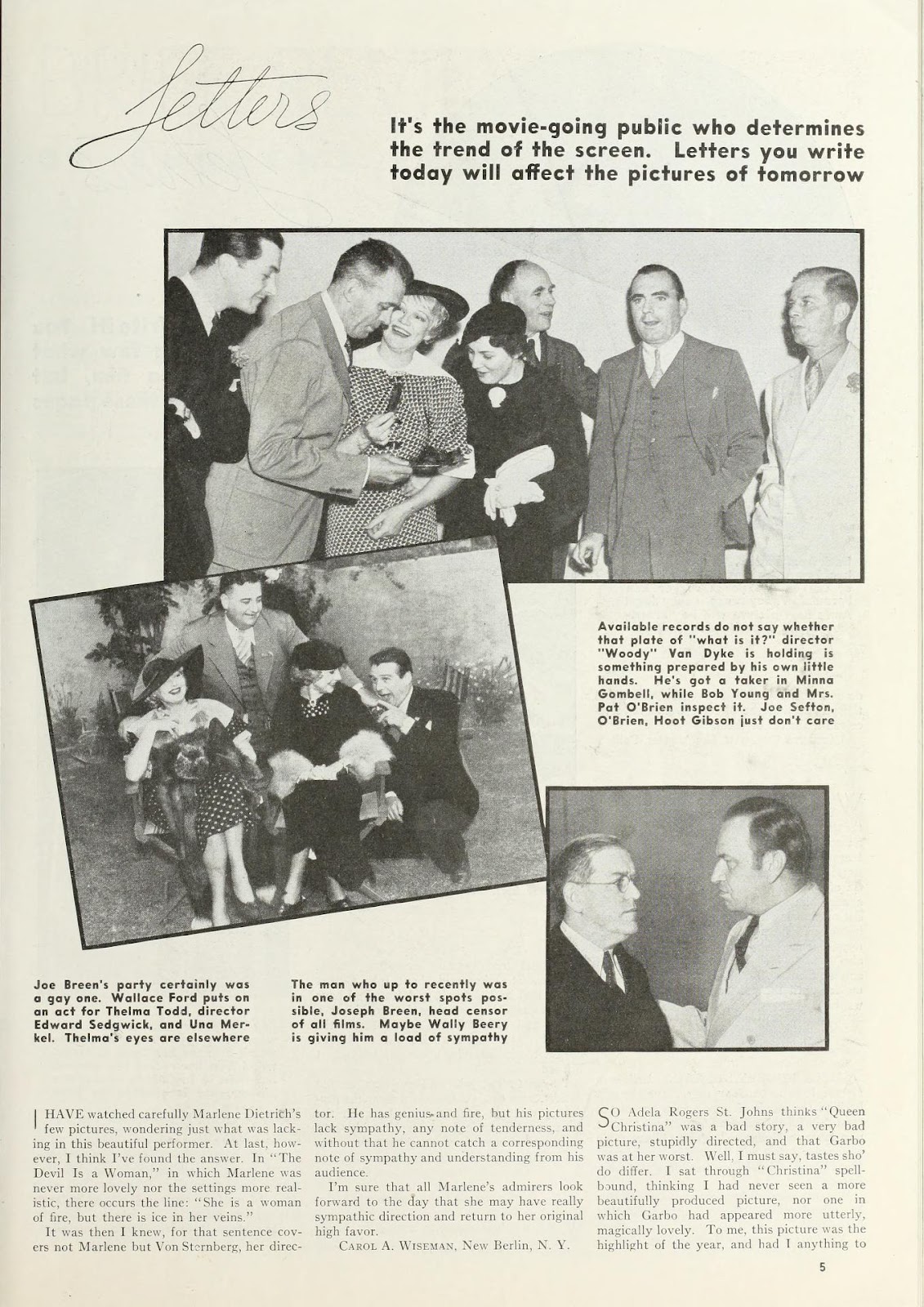 Thelma Todd and Wallace Ford can be seen in one of the photos on this page in the January 1935 issue of PHOTOPLAY. 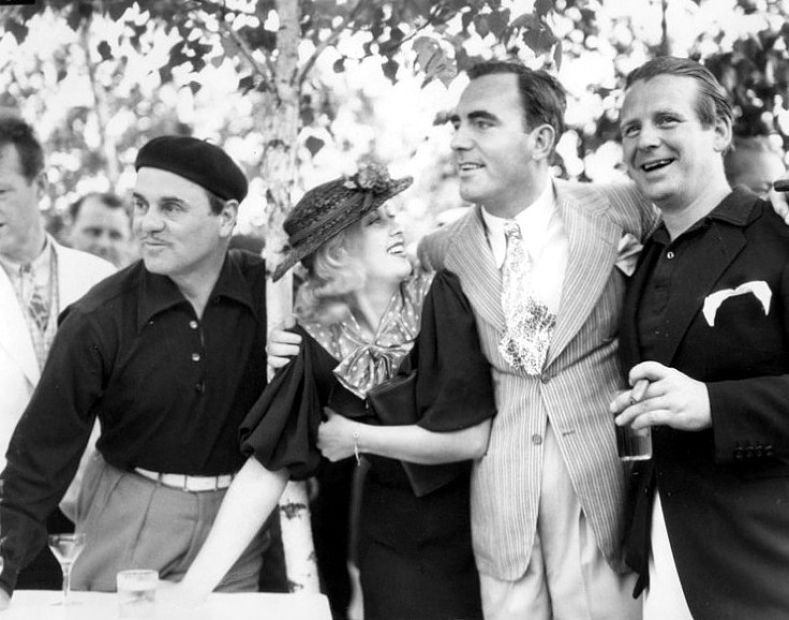 Anita Page at one of Wallace Ford's parties. 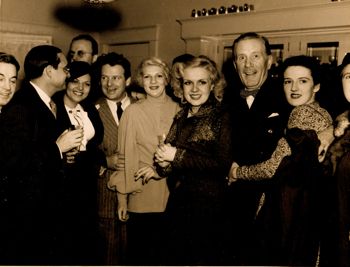 Anita Page was there at the party when Mrs. Wallace Ford recieved a call from Thelma Todd the day before she was found dead. But according to the authorities, Thelma Todd would already have been dead at that time and could not have made the call.
Mrs. Wallace Ford 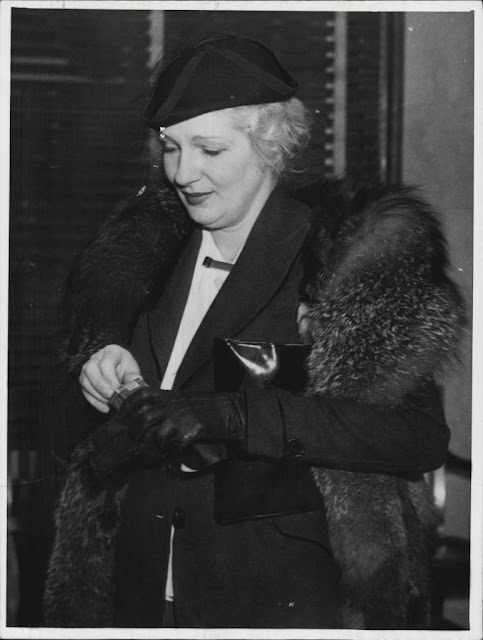 And the caption from the back of this photo: 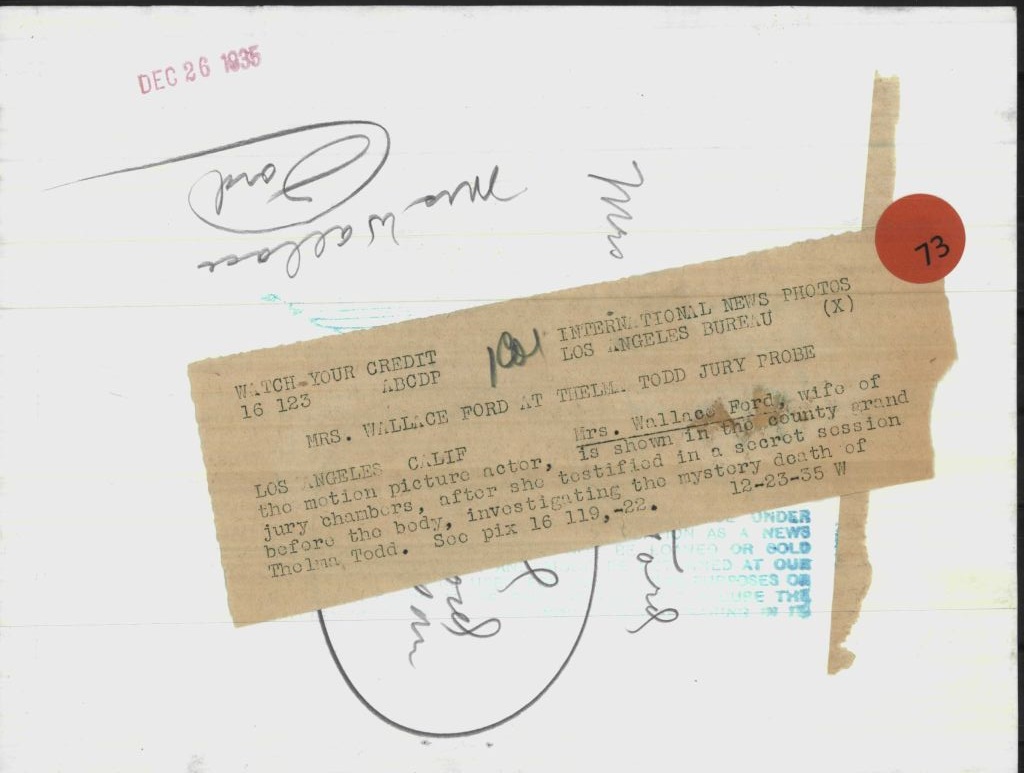 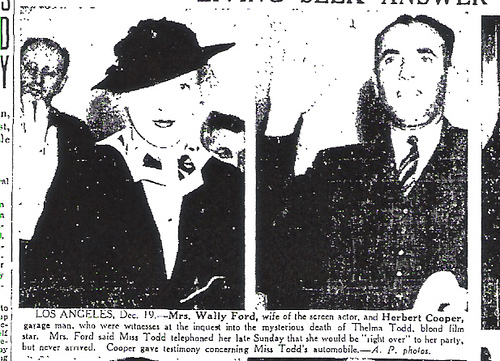 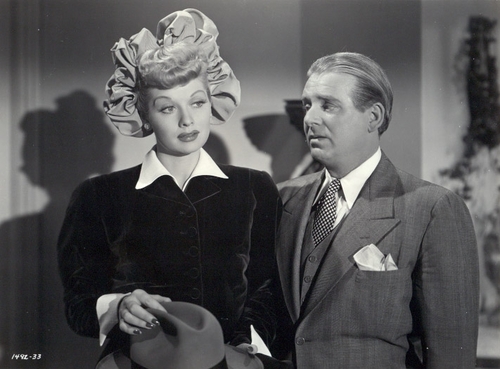