I'D LIKE TO SING A TORCH SONG was a 1933 Warner Brothers cartoon with many movie star caricatures, including Joan Blondell, Jimmy Cagney, Greta Garbo, and Wheeler and Woolsey . We see both Zasu Pitts and Mae West in this cartoon. It was not unusual to see them together in cartoons, but I don't know if they ever worked together in real life.

Although the flappers had rebelled against corsets, some women still wore them, 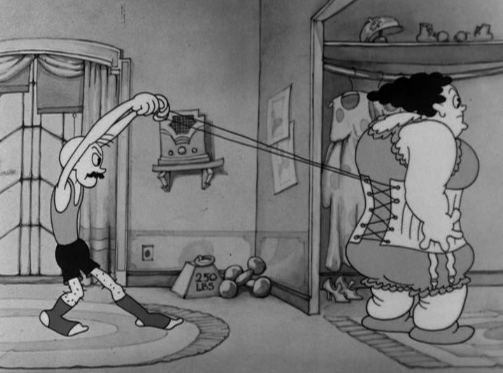 and occasionally they would be the subject of cartoonists.

A radio fan, in the days before television. 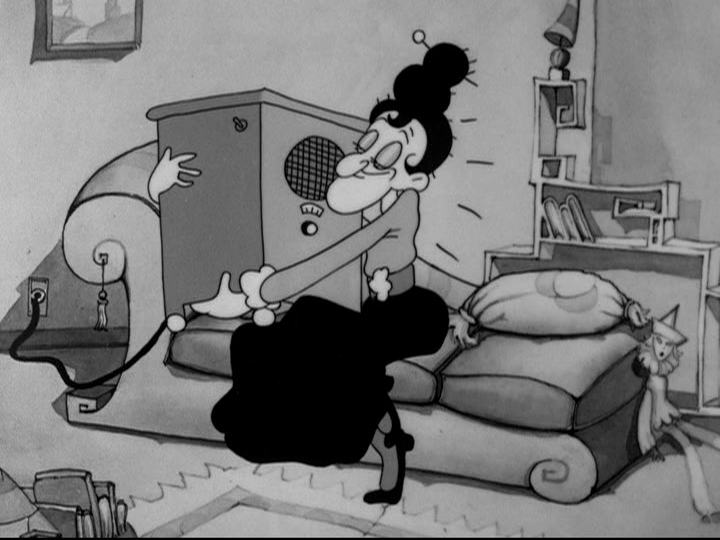 Ed Wynn as "The Fire Chief", a reference to his radio program. 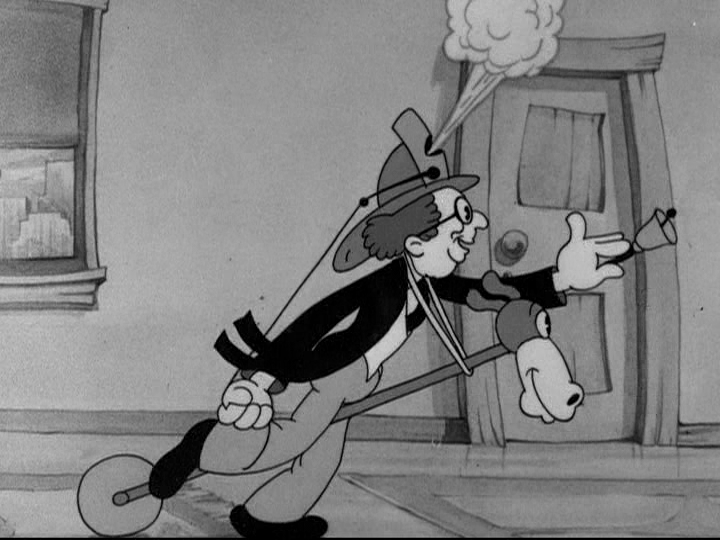 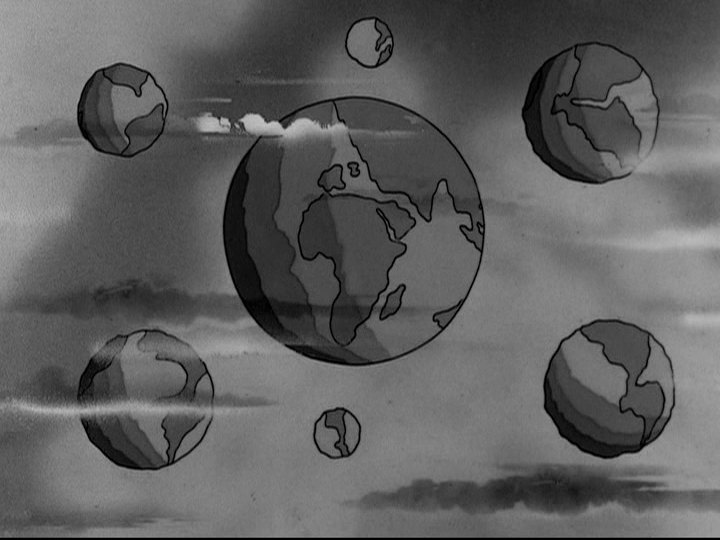 but I don't know if that's what they had in mind.


Playwright George Bernard Shaw is represented as punching the world, something that they seem to have put in because of some sort of socialist remarks he'd been making at the time. 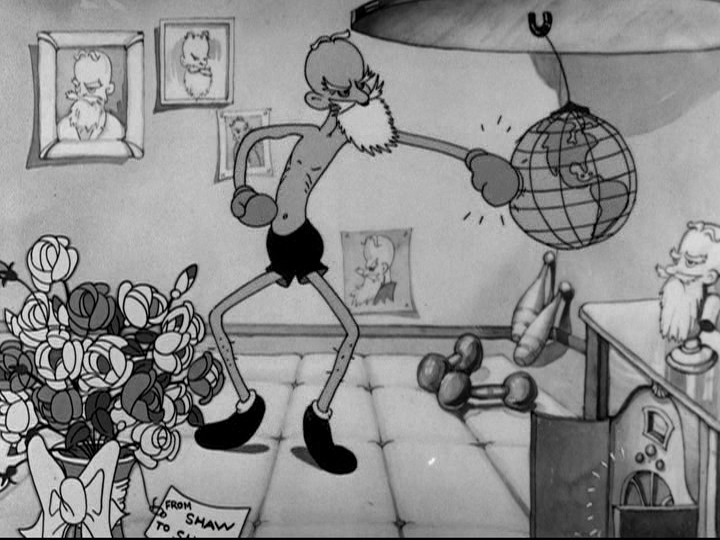 The note on the flowers reading "From Shaw, to Shaw" tells us that he's stuck on himself, which is also why he has all the pictures of himself on the wall in the background.


Mussolini on a rocking horse, which seems to resemble him somewhat in the face. Mussolini's unlovely picture also hangs on the wall in the rear. As with Shaw, he is stuck on himself. 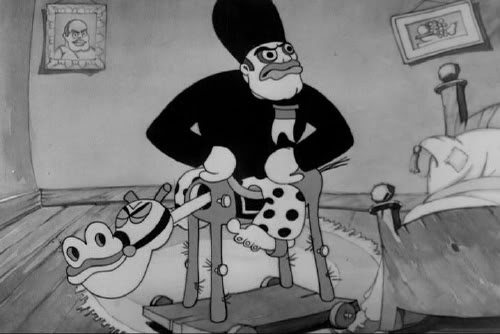 The feeling that I have is that this is a less favorable depiction of Mussolini then we see in I LIKE MOUNTAIN MUSIC, which was made around the same time at the same studio.

Bing Crosby is singing in the bathtub. 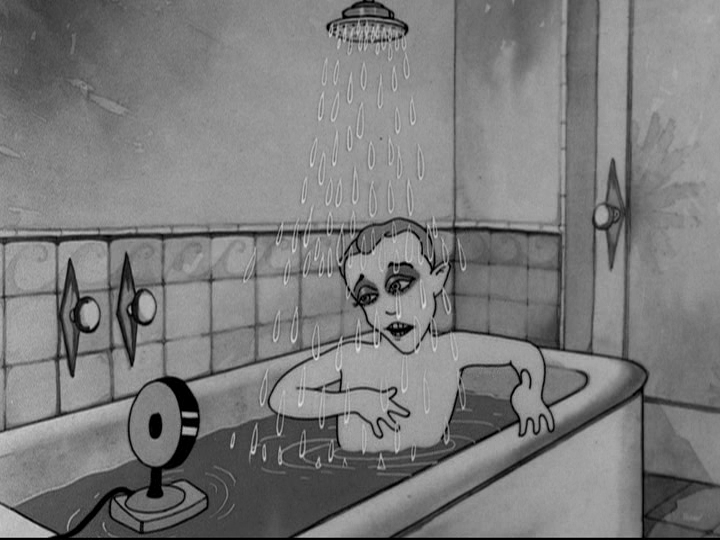 Which was the name of another Warner Brothers song.

A group of college girls listen to Bing Crosby on the radio. 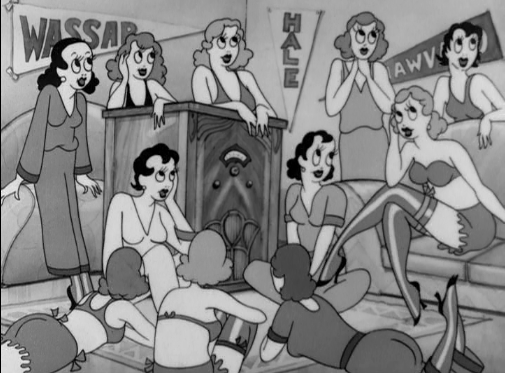 which incidently was censored out of the version that I've actually seen. I've only seen this scene of this scene on the internet.

Tough guy Jimmy Cagney slapped women around in the movies ( something that evidently was considered acceptable at the time that I don't approve of myself ). I recognize the blonde as Joan Blondell by the eyes. She hits Jimmy Cagney with her shoe next. That sounds like her, too. 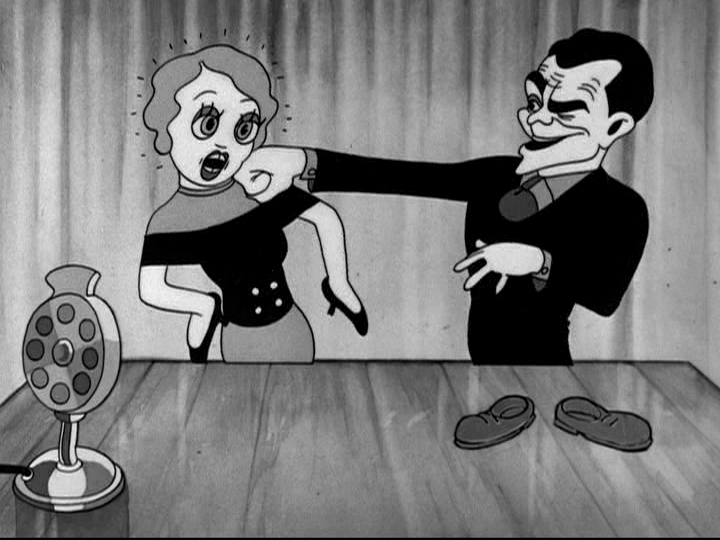 Besides being useful implements for hitting Jimmy Cagney with, the shoes are also in this scene because they were "dancing" with their hands on the table in the shoes during the opening shot of this sequence, which then panned upward to show the rest of them.

According to the imdb, this sequence references the 1931 movie BLONDE CRAZY. 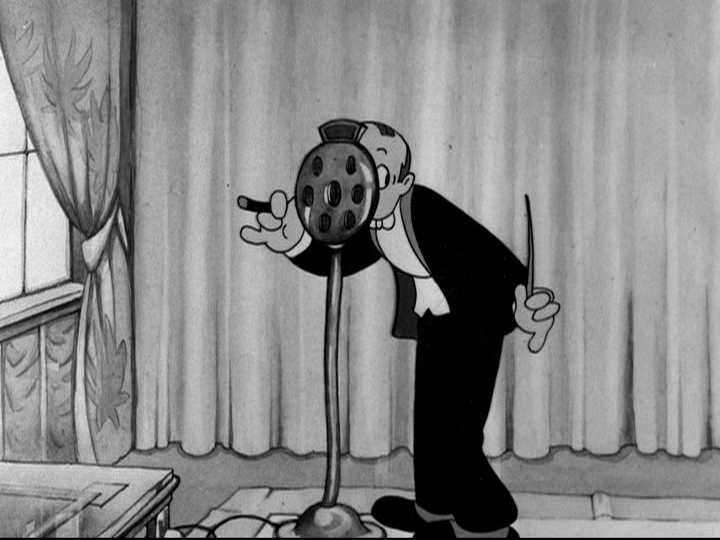 Wheeler and Woolsey in SO THIS IS AFRICA. 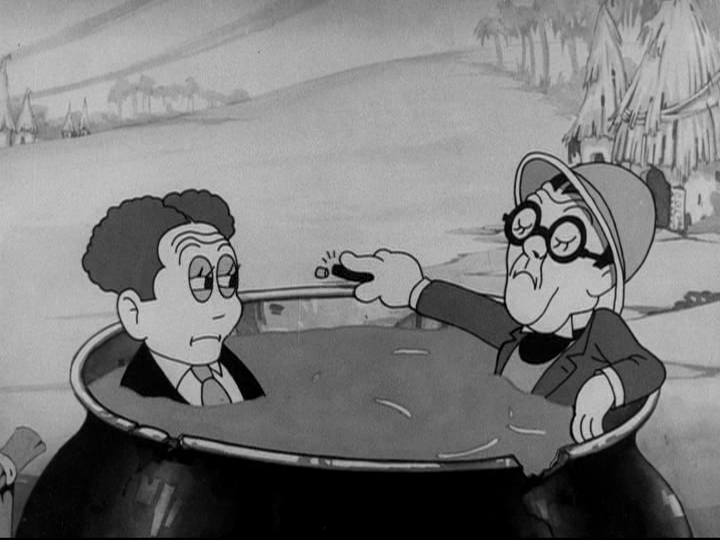 Wheeler and Woolsey would also be depicted in the Flip the Frog cartoon SODA SQUIRT, which was made at around the same time, but at a different studio.

Greta Garbo was a serious dramatic actress, but the cartoonists liked to make fun of her.. 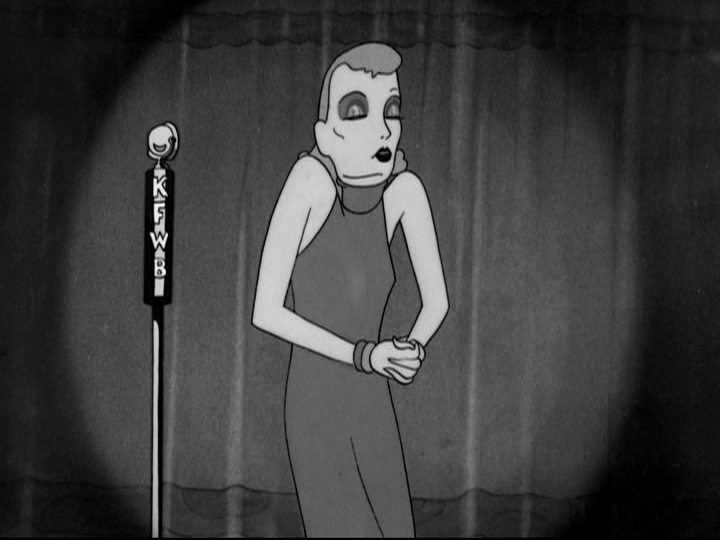 Incidently, the significance of station KFWB was that it was owned by Warners at the time.

Zasu Pitts worked on the radio as well as in the movies and used to have a radio show with Thelma Todd as well as costarring with her in two-reel comedies. But at the time this cartoon was released, Zasu Pitts had already been replaced in the film series by Patsy Kelly. 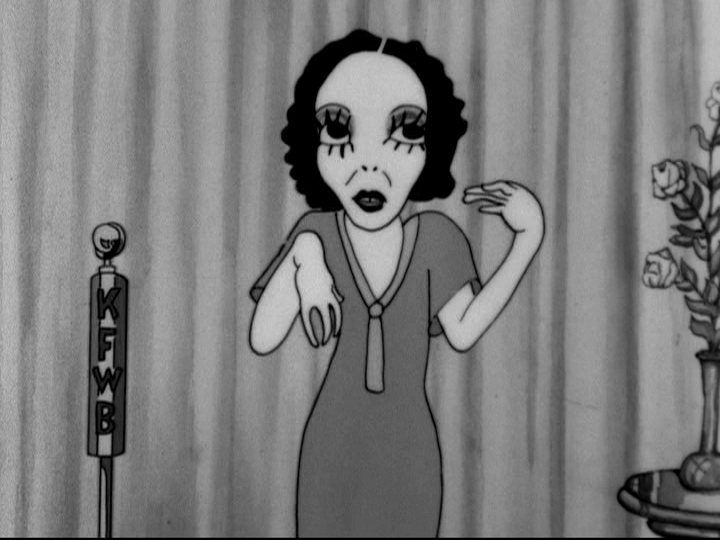 Mae West is shown by herself and then with Zasu Pitts*. The cartoonists liked using them as characters and it would also be a recurring thing that they would be depicted together in cartoons. 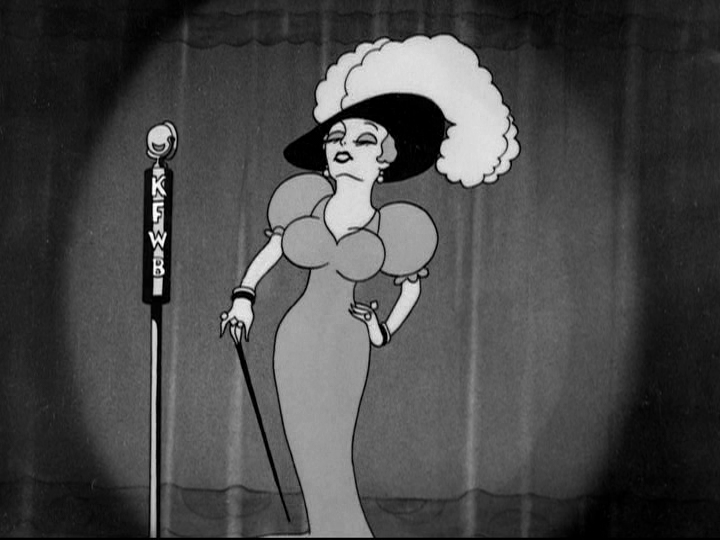 Possibly that could be related to Zasu Pitts having worked with Thelma Todd.

A trio of girl singers. 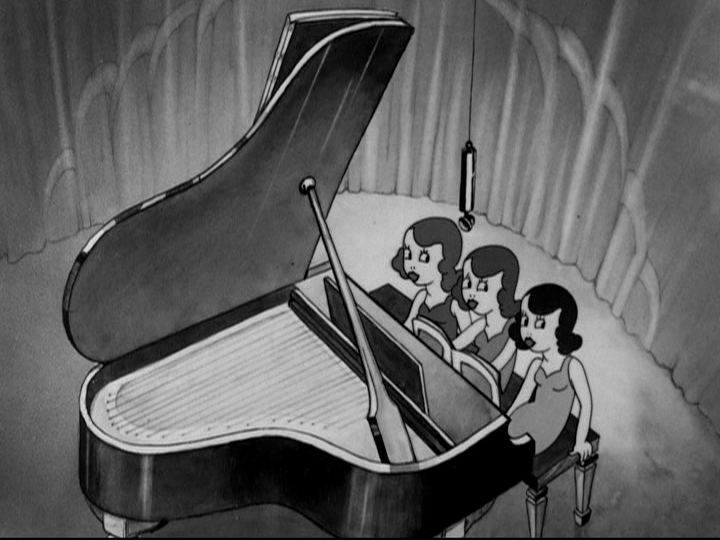 The closing line "That's All, Folks!" seems to have first been used by Greta Garbo at the close of this cartoon. The line would later be swiped by Porky Pig at the same studio for other cartoons. 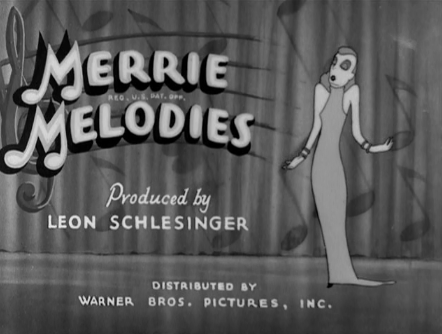 * And with Greta Garbo, who actually was kind of important in this cartoon.

I'D LIKE TO SING A TORCH SONG ( Cartoon )
http://tralfaz.blogspot.com/2012/10/torch-song-celebrities.html