This time we have a puzzle for a Thelma Todd movie, AIR HOSTESS.


AIR HOSTESS was made in 1933, the stars were Evalyn Knapp, as an air hostess, and James Murray as the pilot she loves. Thelma Todd was the "other woman" in the story, a part she frequently played in the movies.


Here is a poster for AIR HOSTESS. 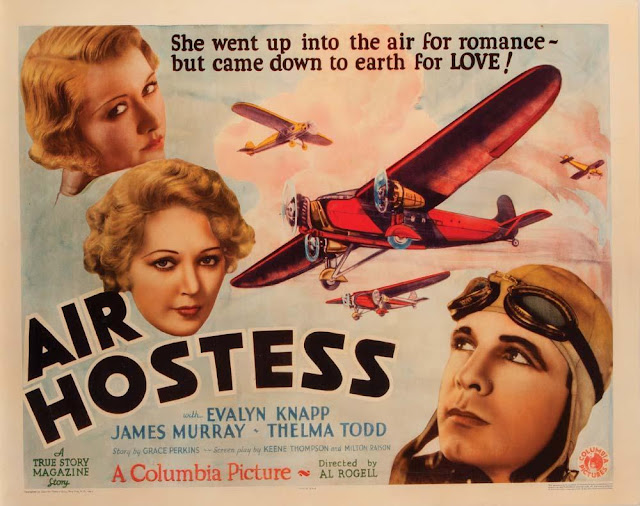 Here is a picture of the box the puzzle came in. 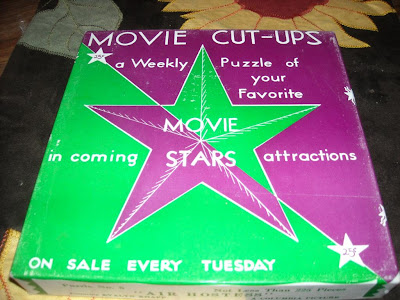 The side of the box has the movie name and Evelyn Knapp's name. 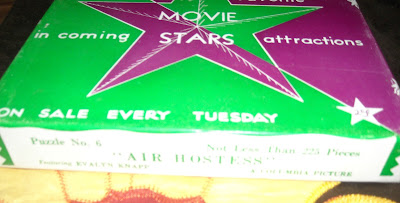 A view of the pieces inside the box. 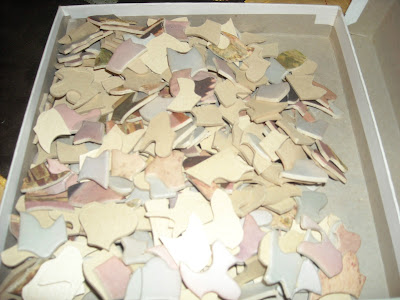 I haven't seen what the puzzle looked like when it was put together. I imagine it would have shown Evelyn Knapp in a scene from the movie.