Thelma Todd was born in Lawrence, Massachusetts on July 29, 1906. Here is a newspaper article that was published yesterday in Lawrence to commemorate that event.

From THE LAWRENCE EAGLE TRIBUNE 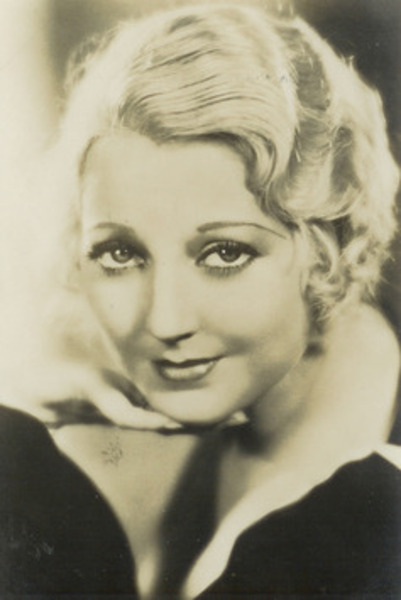 
In remembrance Thelma Todd on her would-be 107th birthday

By Steven M. Painter Special to the Eagle-Tribune The Eagle Tribune Sun Jul 28, 2013, 12:05 AM EDT
Thelma Todd, a Lawrence native and the actress who appeared opposite many of Hollywood’s best comedians in the 1930s, would have turned 107 tomorrow.
Her father, John, became Lawrence’s commissioner of health and charities in 1912, managing the city’s Health Department, tuberculosis hospital and farm.
Todd grew up going to the movies, but didn’t initially harbor dreams of making it onto the big screen. Upon graduation from Lawrence High in 1923, she enrolled to be a teacher at Lowell Normal College, now UMass-Lowell.
While going to school, she worked as a model to earn extra money, and it was through modeling that she gained the attention of Elks Lodge 65 and was named Miss Lawrence in 1925. She went on to win the Miss Massachusetts pageant, and this gained her the attention of Hollywood scouts. She earned a slot at the Paramount Players School in Astoria, N.Y. when Paramount Studios was attempting to create stars by giving promising talents lessons in acting, diction, athletics and manners.
Of the 16 students enrolled in the school, only Todd and Charles “Buddy” Rogers actually made it to Hollywood. After bouncing around from studio to studio, Todd found a home at Hal Roach Studios in 1929.
Roach specialized in short comedy films. Laurel and Hardy were the studio’s biggest stars, and she played opposite the two. She also was also loaned out to other studios, where she made comedies with the likes of the Marx Brothers, Buster Keaton and Spencer Tracey.
Todd typically played a blonde beauty with an edge, but her college education and training helped her rise above the stereotypical dumb blonde character. She was capable of matching wits with Groucho Marx and keeping up physically with Keaton.
Eventually she starred with ZaSu Pitts and later Patsy Kelly in a series of short comedies for Roach Studios. These comedies are rare in Hollywood history because they revolve around independent women. Their success helped pave the way for comediennes from Lucille Ball to Wanda Sykes.
Todd maintained her independence off-screen when she helped open Thelma Todd’s Sidewalk Café in 1933 with Roland West, a former director and her some-time lover. The restaurant in Pacific Palisades was a hit with the Hollywood crowd.
Tragically, on Dec.16, 1936, Todd was found dead in her car in the garage above the restaurant. Her death was officially ruled an accident, but theories have swirled around about what really happened. Some have speculated that she committed suicide or was murdered.
In 1989 Andy Edmonds wrote a book in which she speculated that Todd was murdered by mobsters who wanted to open gambling in her restaurant.
The building that housed Thelma Todd’s Sidewalk Café still exists. It is currently occupied by a Christian film company.
Despite her early death, Todd was a talented comedienne credited with pioneering a new role for women in comedies. Her ashes are interred with her mother in Bellevue Cemetery.
---
Steven M. Painter is the author of “Take Her For A Ride” (Crucson Publishing), a novel about 1930’s Hollywood, available at amazon.com and barnesandnoble.com.