The old pulp magazines frequently had covers that showed beautiful girls threatened by terrible danger. In the thirties, many of these were produced by artist H. J. Ward. 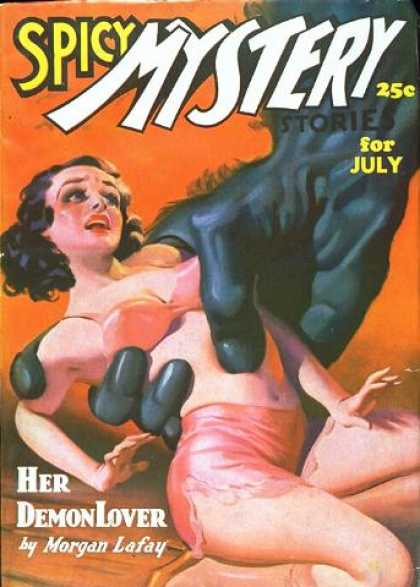 And sometimes the beautiful girls looked enough like Thelma Todd to make you wonder if it was intentional. 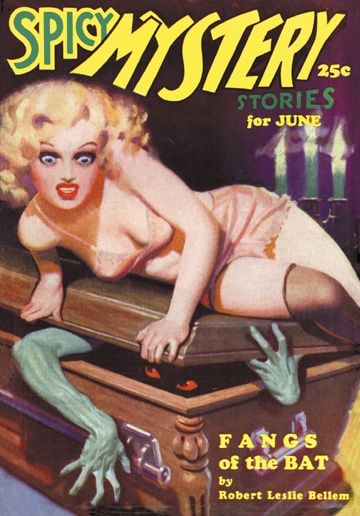 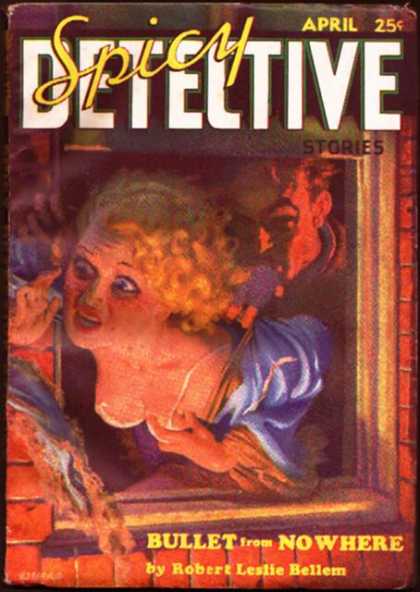 It is believed that H. J. Ward was drawing his covers from model Alice Moser, 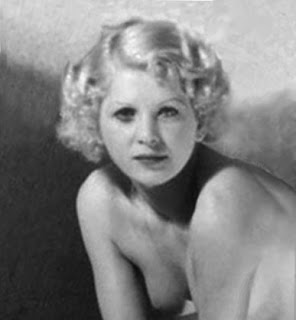 who would later become an artist herself under the name of Zoe Mozert. She migrated to Hollywood and continued to do nude modeling on the side.
Zoe Mozert did this magazine cover featuring Carole Lombard,
and this poster for THE OUTLAW, with Jane Russell.

The covers of some fantastic pulp magazines were in fact modeled by well known movie stars. Toward the end of the era of the pulp era, Barbara Nichols and Jan Stirling posed for artist Walter Popp, who did covers for THRILLING WONDER STORIES and FANTASTIC ADVENTURES.