Here are the first and last pages of Thelma Todd's contract with Hal Roach. I don't have copies of all the pages, just these two.

The contract was prepared by an attorney and is written on a legal tablet, and is signed by both Hal Roach and Thelma Todd on the last page. Each page bears the imprint of an official seal. 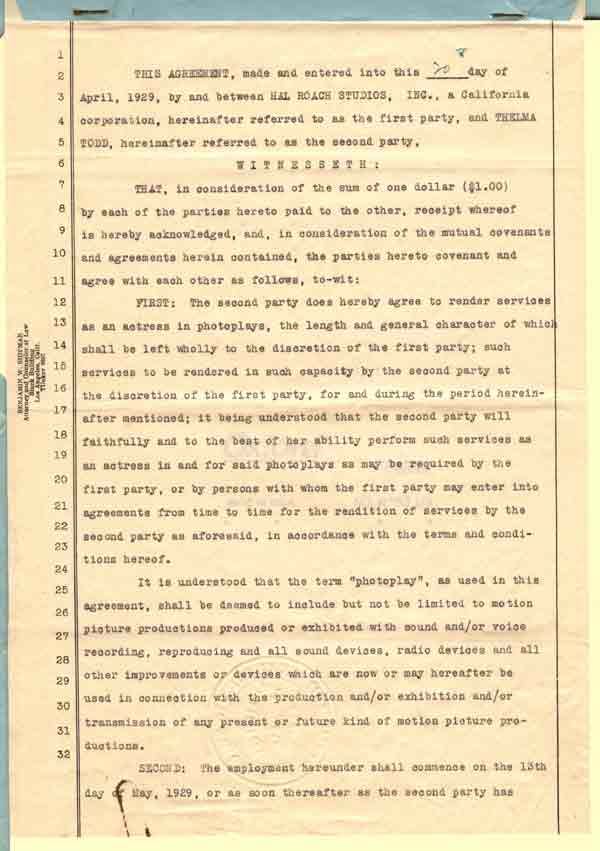 Sound movies were becoming important at the time. 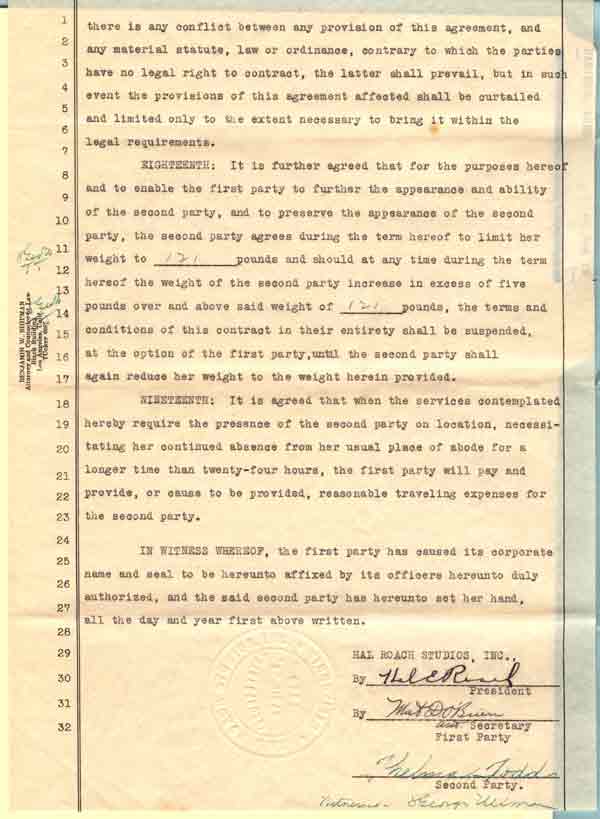 Note the part about an upper limit to Thelma Todd's weight of 121 pounds. When Thelma Todd first entered the movies, her weight had been 150 pounds. This would mean she was required to keep her weight down to over one sixth less than it had been to begin with.