This item was originally published in FILM DAILY, October 22, 1930.

A little about the people mentioned:  Al Rogell directed ALOHA, 1931, and AIR HOSTESS, 1933.  Abe Meyer was musical director on TAKE THE STAND, 1934. Rudolph Flothow was the producer of the 1943 serial BATMAN. Bert Wheeler was teamed with Robert Woolsey and Thelma Todd worked with them in the movies COCKEYED CAVALIERS and HIPS, HIPS HOORAY, 1934. The Brown Derby was popular with movie stars and there is some home movie footage on youtube which shows Bert Wheeler as well as Thelma Todd at the Brown Derby.


This item comes from the lower left on this page. 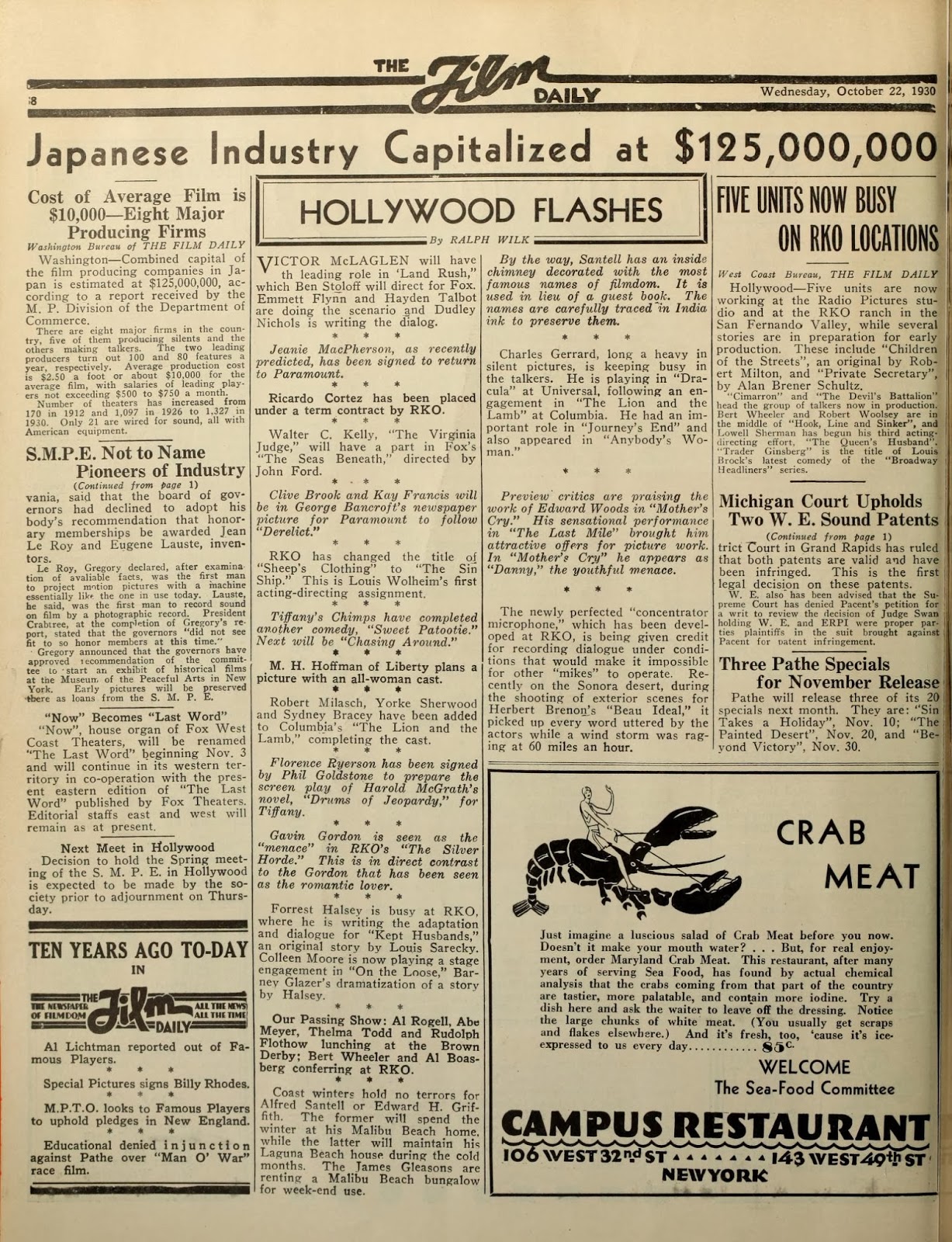