Columbia's Krazy Kat was promoted above Walt Disney's Mickey Mouse, which was also being distributed by Columbia at this time. 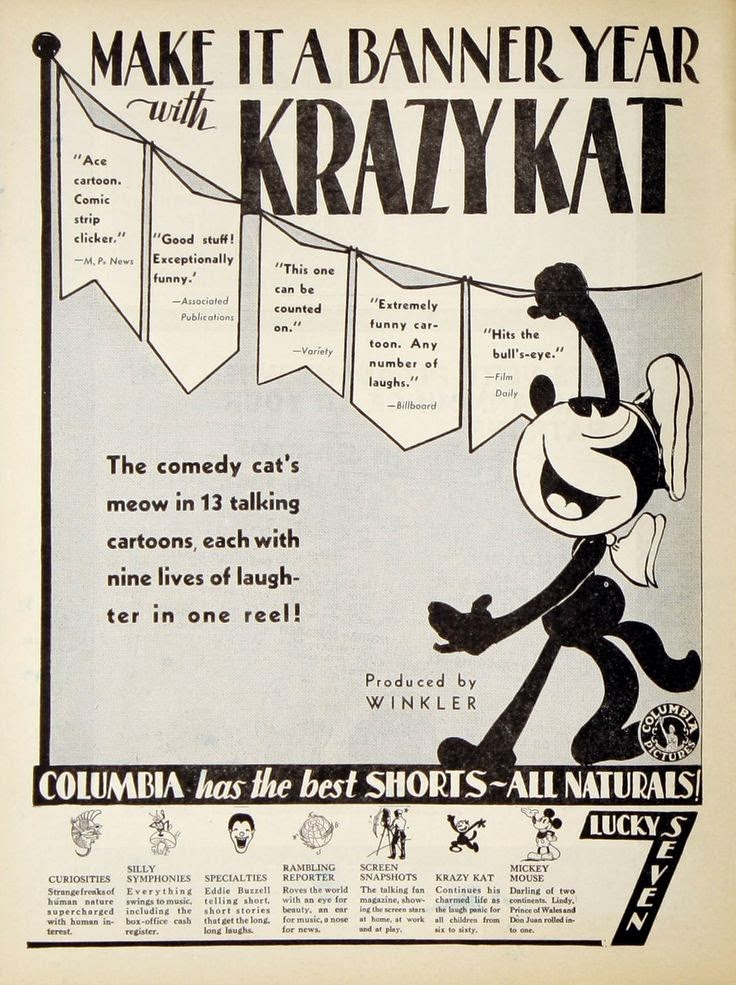 At this point Krazy Kat was made to resemble Felix the Cat, a character that went into a decline after the coming of sound.
SCREEN SNAPSHOTS was popular at the time. 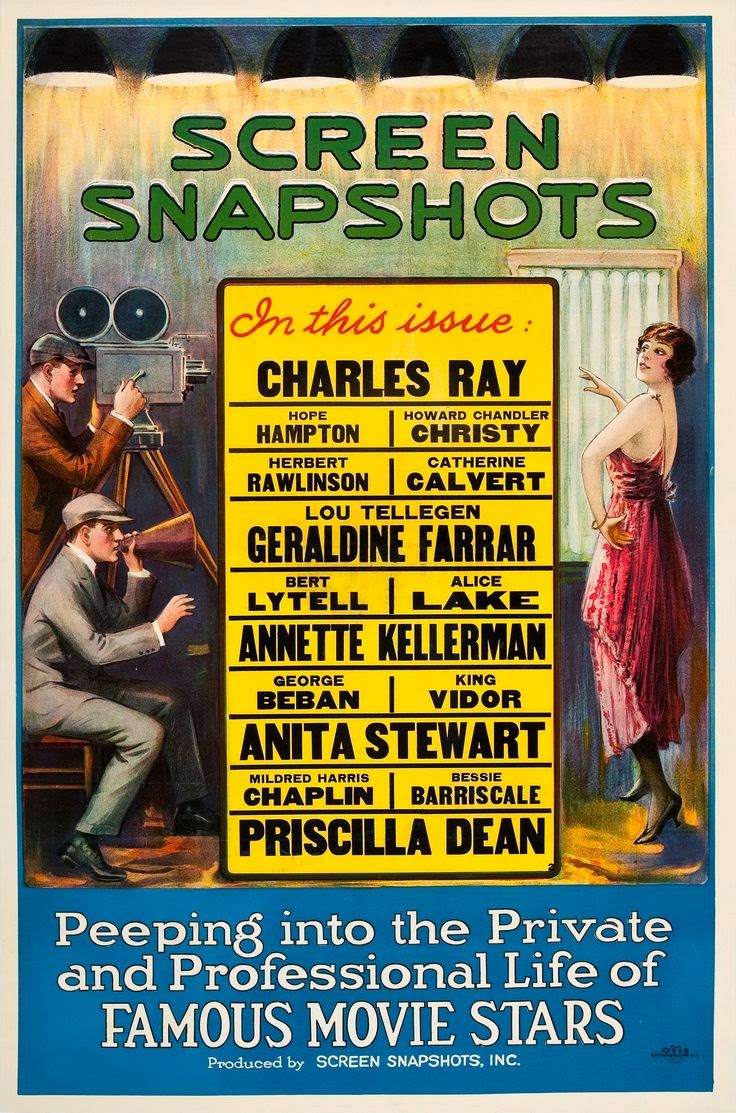 The Three Stooges had the longest-running comedy film series in history. 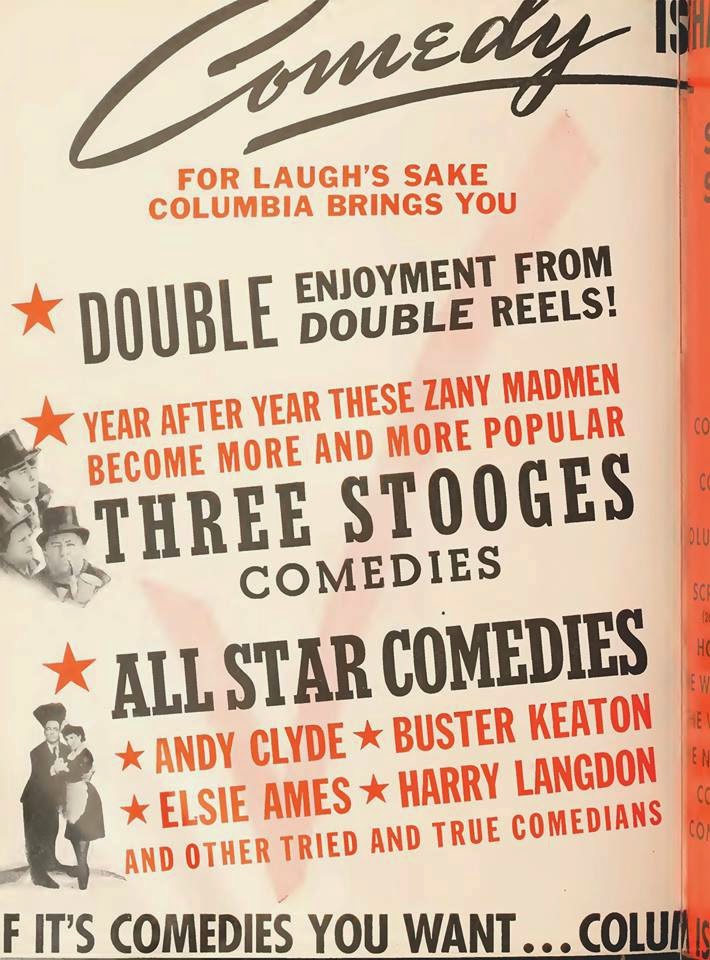