Dorothy Appleby In The Fan Magazines 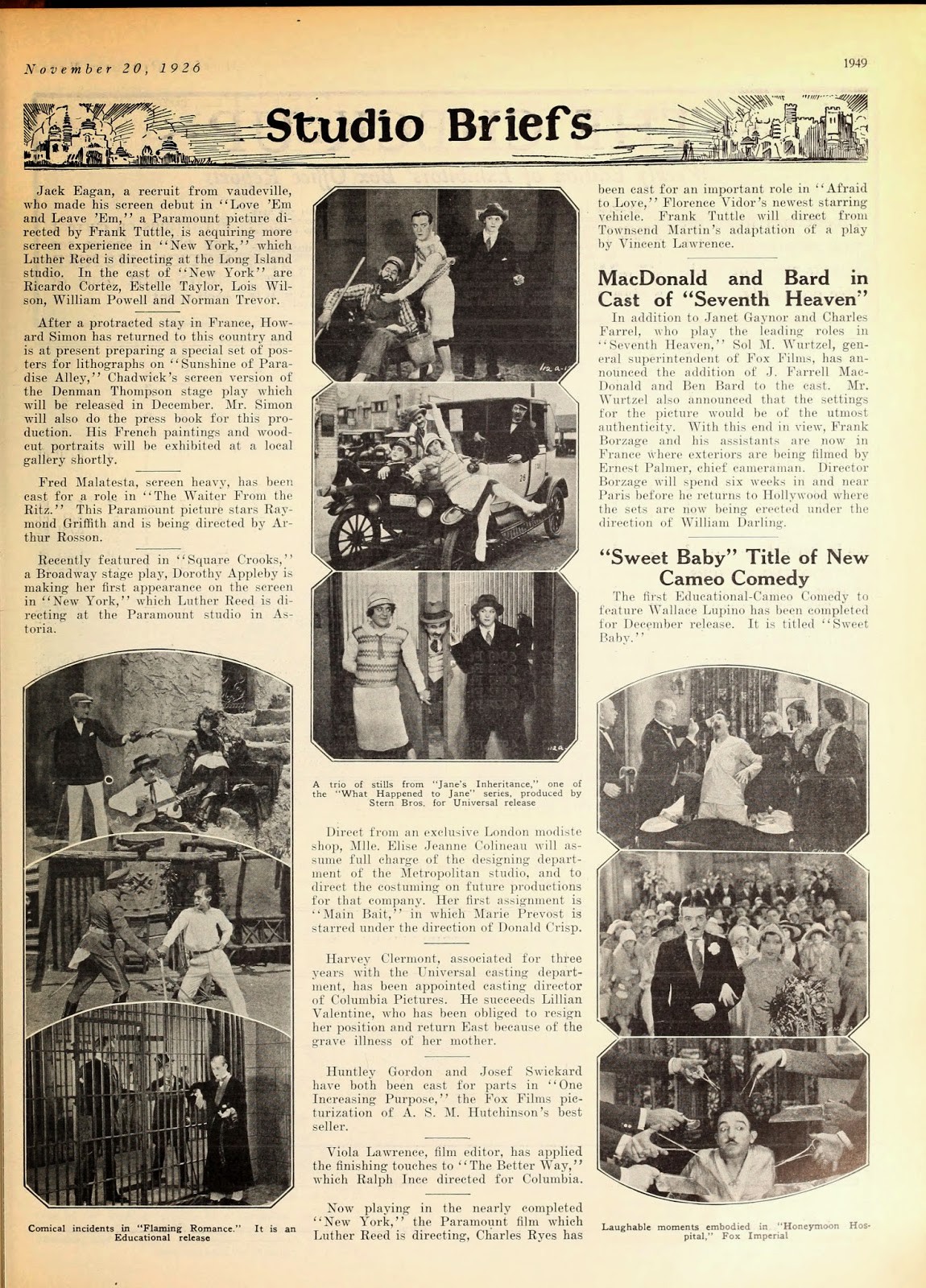 Dorothy Appleby mentioned as having been added to SQUARE CROOKS cast on the right. 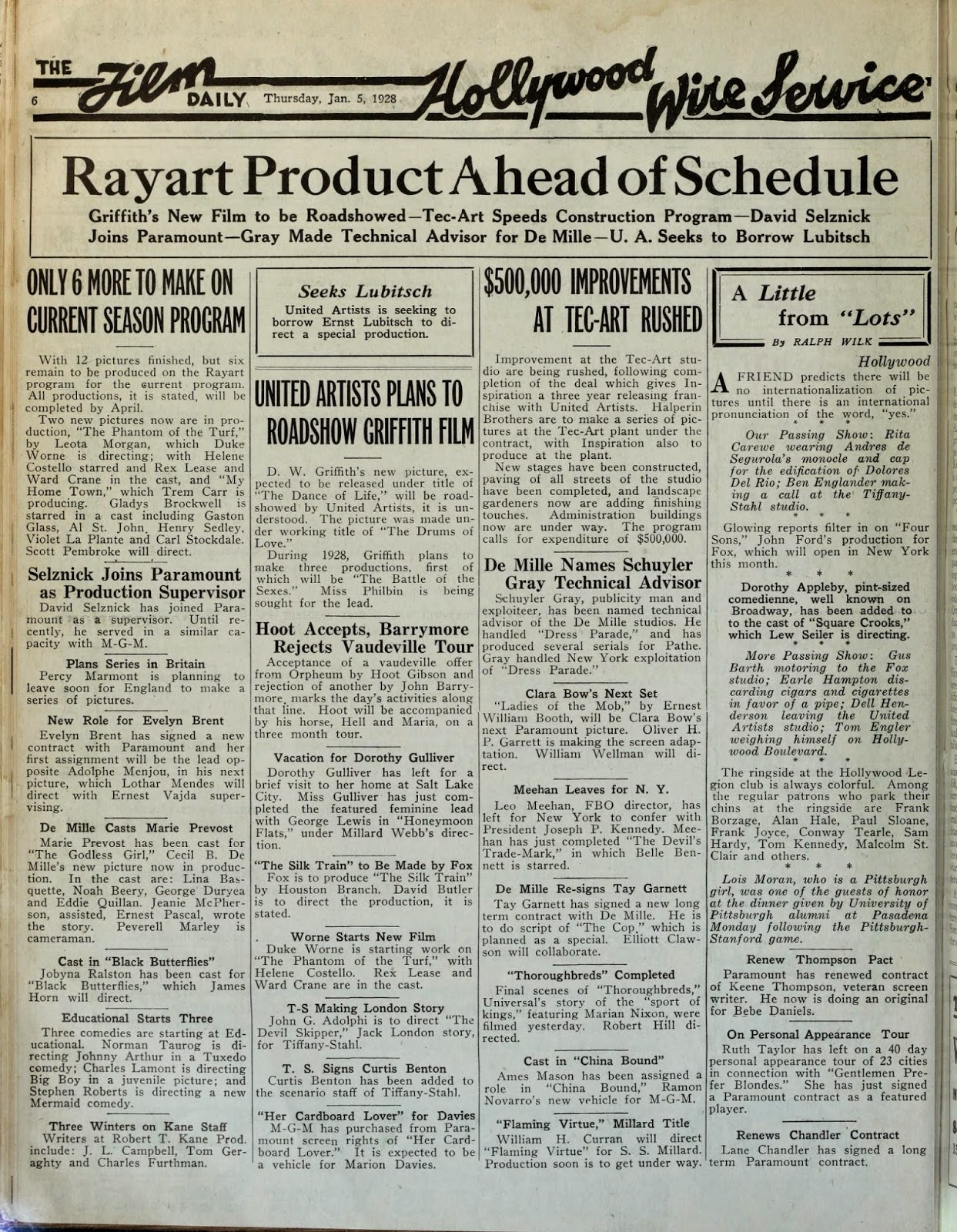 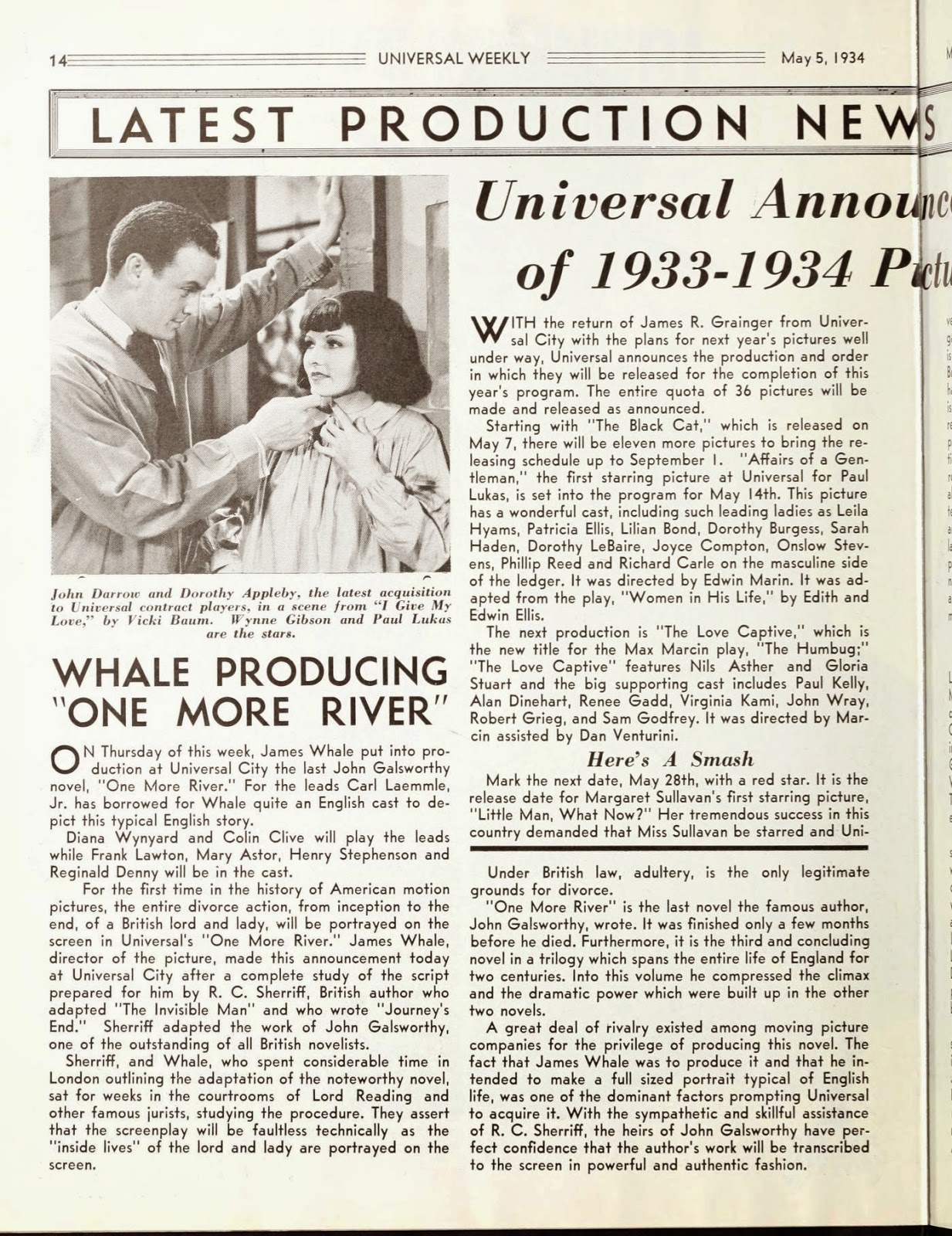 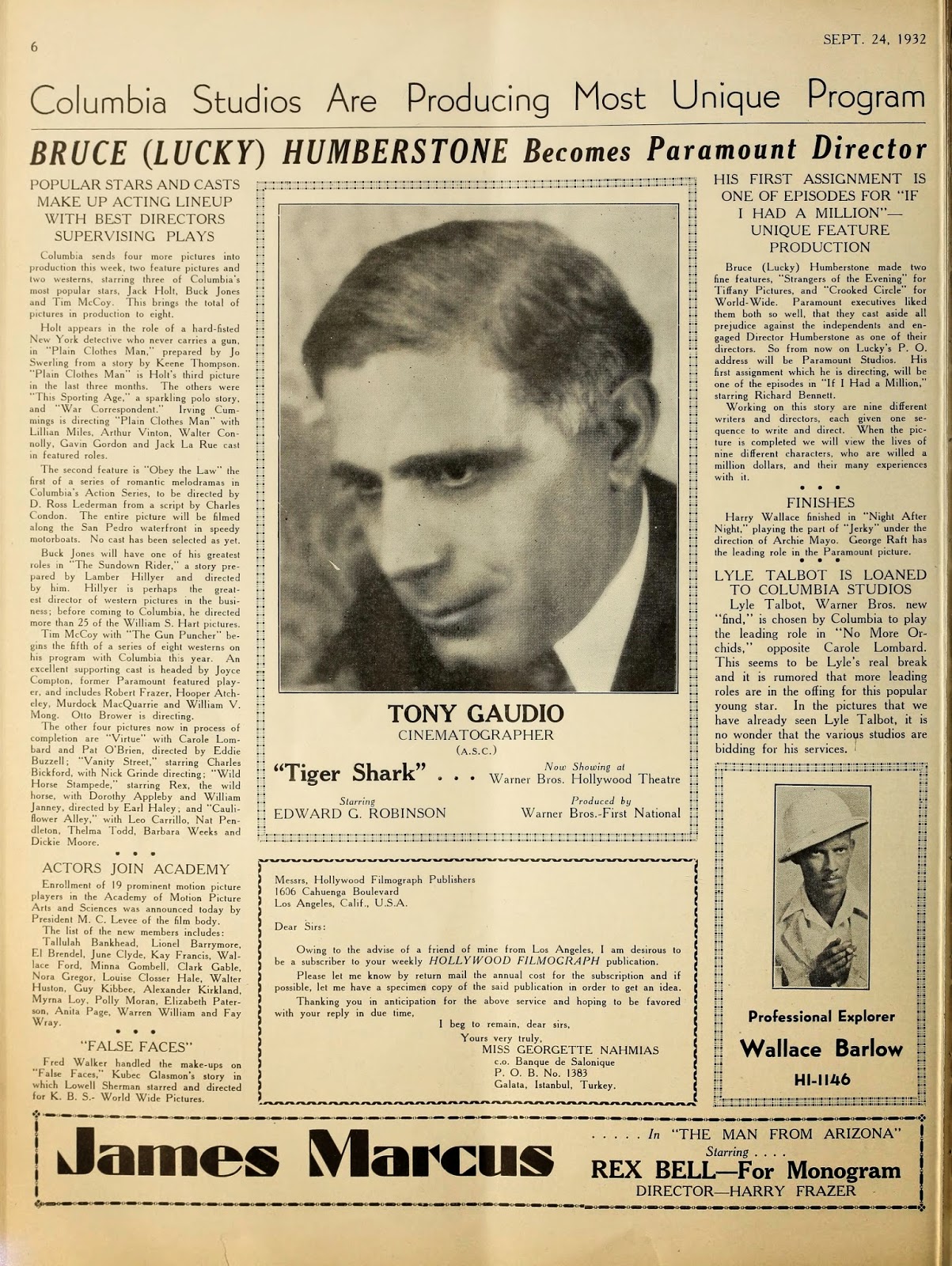 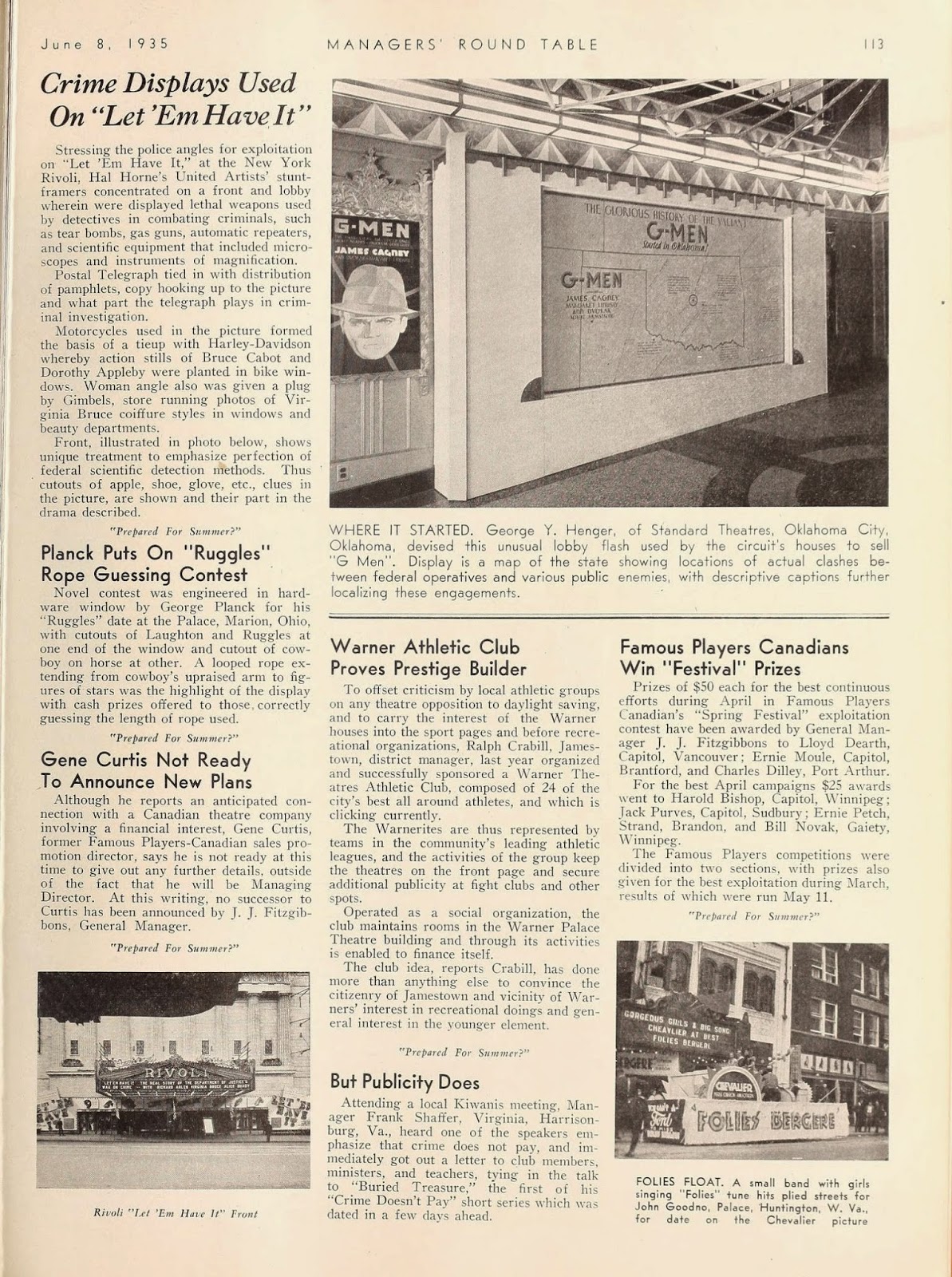 Item on the left about the movie LET 'EM HAVE IT with photo of theater that ran the movie. Mention is made of Bruce Cabot and Dorothy Appleby pictures being used in an advertising campaign for motorcycles in connection with this movie.