This article about Thelma Todd is in Portuguese and was originally published in a Brazilian movie magazine. 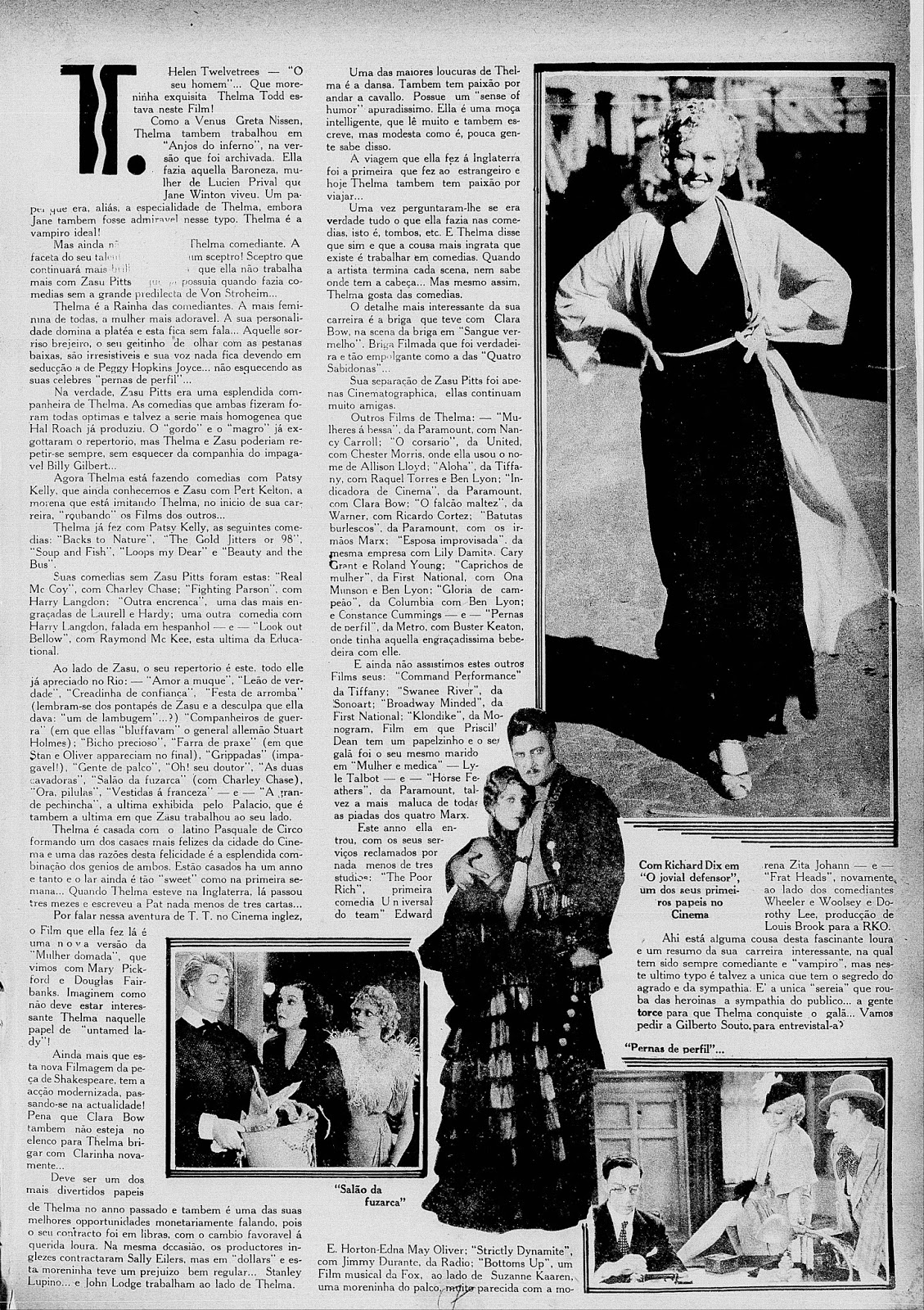 The large photo I believe was shot outside on the Hal Roach studio lot. The other pictures show Thelma Todd with Zasu Pitts from one of their short subjects, Thelma Todd with Richard Dix from THE GAY DEFENDER, and the last shows her with Buster Keaton and Jimmy Durante with SPEAK EASILY.


Special thanks to Jorge Finkielman for providing this magazine article.