CHARLEY CHASE, HAL ROACH comedy star, believes in keeping women where they belong and advocates jail as an ideal location. He is here shown gloating over EDNA MARION his little leading lady, who he has placed behind bars. 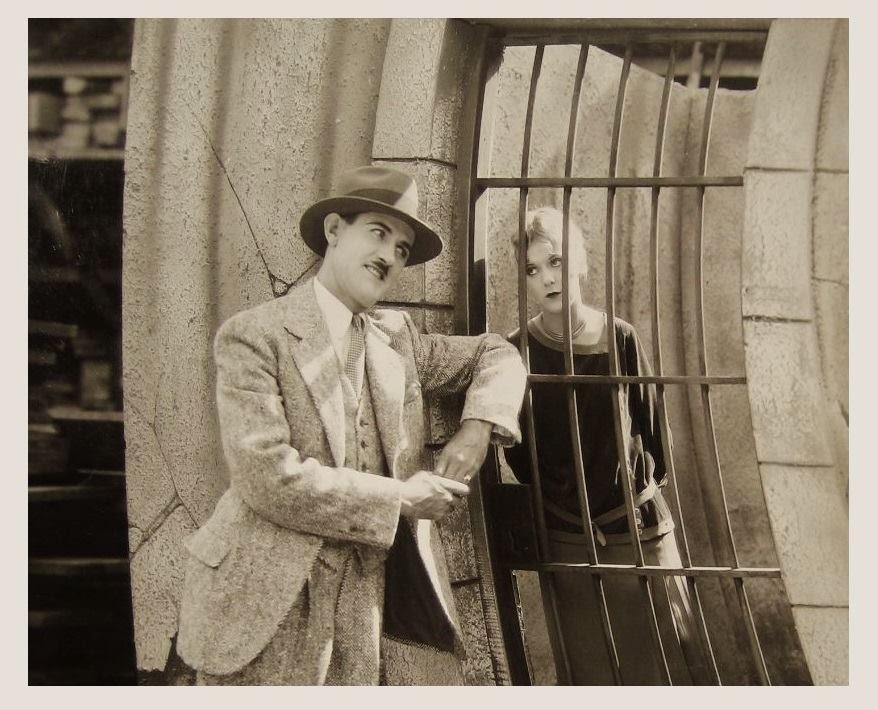 Well, the idea of Edna Marion having been put in jail by Charley Chase does not appeal to me.
Maybe his failure to make it to the top echelon of screen stars had something to do with things like this.