YOU SAID A HATFUL Script

Dialogue continuity script for YOU SAID A HATFUL with Charley Chase and Dorothy Appleby. 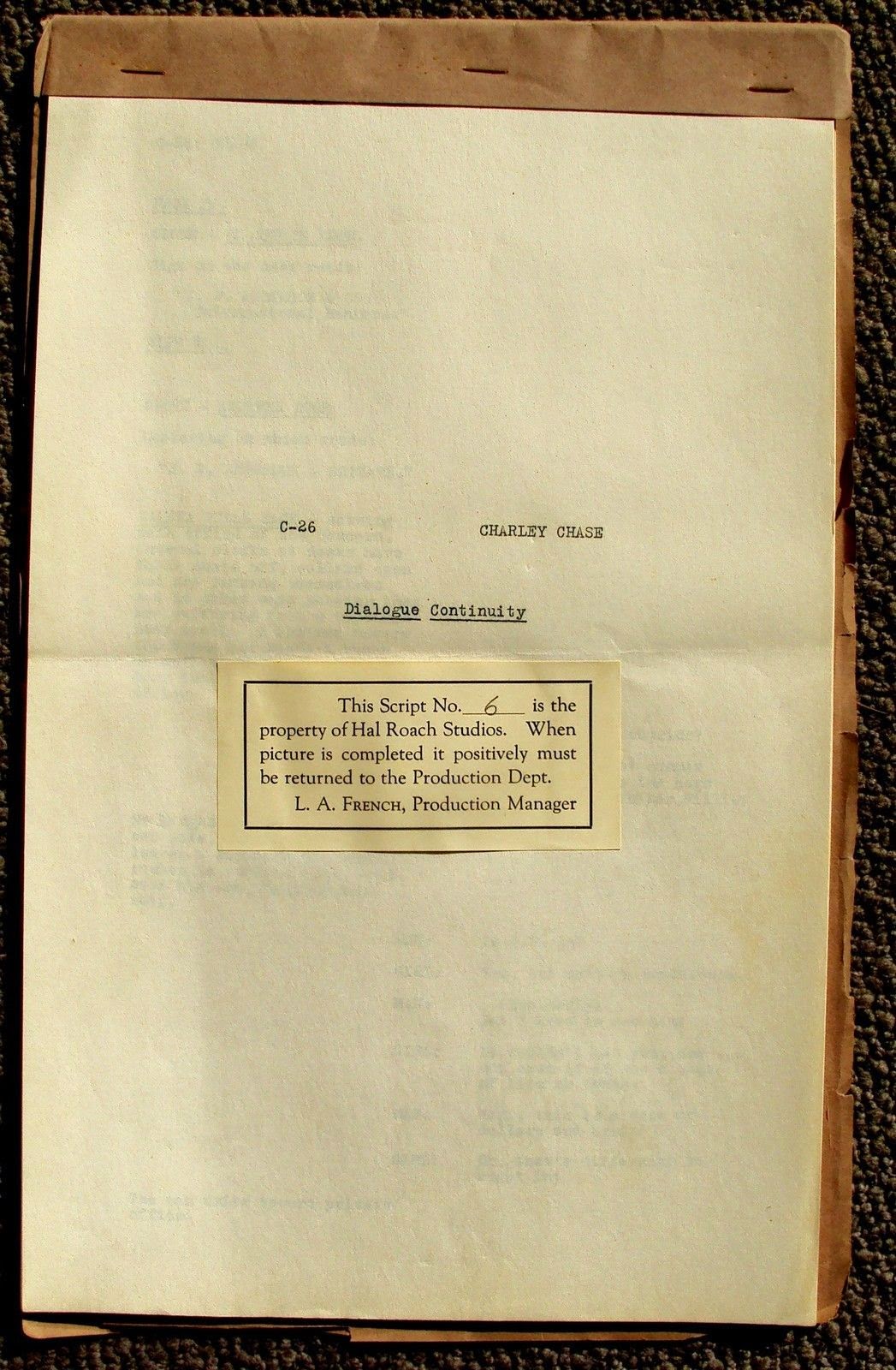 This script is for the 1934 Comedy film short,
You Said a Hatful!

When he learns the secret news that it will be sold today at 4pm in Kansas City, international banker J.P. Anderson sets in motion a plan to purchase the Tippycanoe Tuckahoe & Tehachapi Railroad. He will arrive in Kansas City prior to the meeting with an offer the current owner can't refuse. He will go with his hapless secretary, Charley Chase, with the two switching places - Charley will pretend to be J.P., and J.P. will pretend to be Charley - so that J.P. can maneuver into the deal without attracting the attention of the other buyer who may want to kill him. They will take the TT&T train for the trip. Complications ensue when a series of events happen on the train. First, Charley passes himself off as the railroad owner to train employees even before they arrive at the meeting. Second, J.P.'s daughter Dorothy arrives on the scene, Charley who has to pretend to be her father when in reality he is in love with her. Third, Charley's banker's hat, which is really a magician's hat.

It's in GREAT shape for it's age!!!
Shop with confidence! This is part of our in-store inventory from our shop which is has been located in the heart of Hollywood where we have been in business for OVER 40 years!
Finding anything ORIGINAL on CHARLEY CHASE or from the Hal Roach Studios is extremely RARE so don't let this one pass you by! A Fantastic find for the TRUE Chase or Hal Roach collector!
MORE INFORMATION ON CHARLEY CHASE: Brother of James Parrott Entered films in 1912. In an interview with Hal Roach on the David Letterman show Hal said that Chase auditioned for him by saying he could play ANY part. Chase then proceeded to do his impression of a lighthouse by turning his head around in a circle, stopping straight forward with his eyes wide open after each rotation. Biography in: "Who's Who in Comedy" by Ronald L. Smith. Pg. 102-103. New York: Facts on File, 1992. ISBN 0816023387 2 daughters - Pauline (Polly) and June Directed short comedies under his birth name, Charles Parrott.
MORE INFO ON HAL ROACH: Hal Roach was born in Elmira, New York in 1892. After working as, among other things, a gold prospector, he wound up in Hollywood and began picking up jobs as an extra in comedies, where he met comedian Harold Lloyd. He began producing, directing and writing a series of short film comedies starring Lloyd around 1915. These were quite successful, and Roach started his own production company and eventually bought his own studio. By the early 1920s he had eclipsed Mack Sennett as the King of Comedy and created many of the most memorable comic series of all time, even by today's standards. These include the team of Stan Laurel and Oliver Hardy, Charley Chase and The Little Rascals. By the late 1930s Roach's formula for success was jeopardized by audience demands for bigger, feature-length productions, and he was forced to try his hand at making full-length screwball comedies, musicals and dramas, although he still kept turning out two-reel comedies. By the 1950s he was producing mainly for television. In 1983 his company developed the first successful digital colorization process. Roach then became a producer for many TV series on the Disney Channel, and his company still produces most of their films and videos.