This magazine* was published in 1933 and has a picture of Thelma Todd on the cover and more inside. Laurel and Hardy's FRA DIAVOLO is mentioned on the cover and it has other pictures from that movie. The cover photo shows Thelma Todd in THE SOILERS, one of the comedies she made with Zasu Pitts in 1932.

Posted by Darren Bennett in the Thelma Todd Fans group on facebook on November 22nd.. 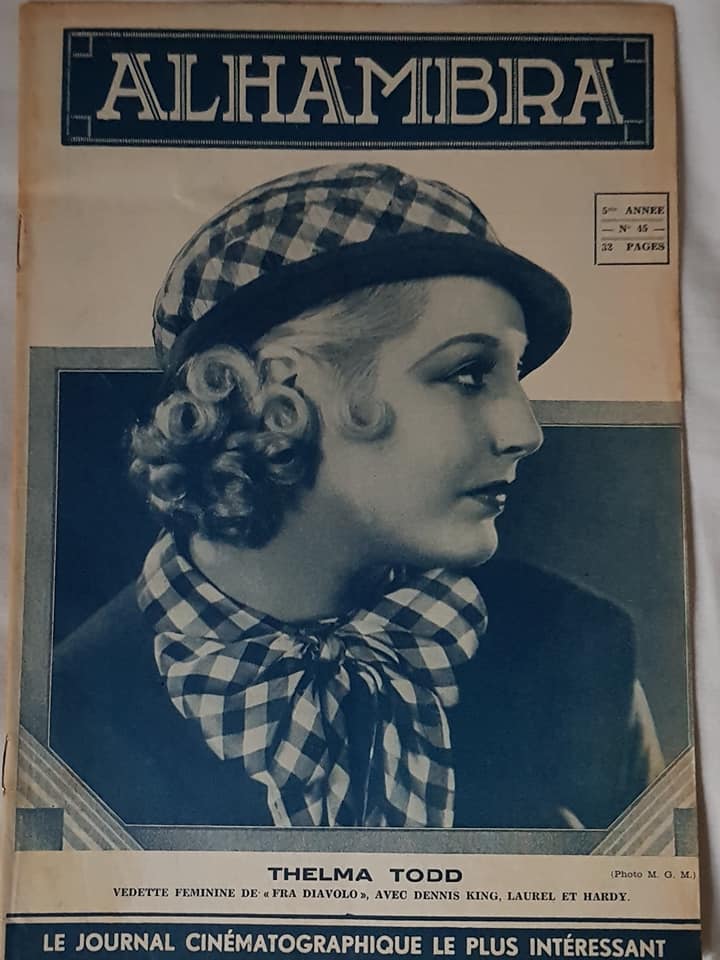 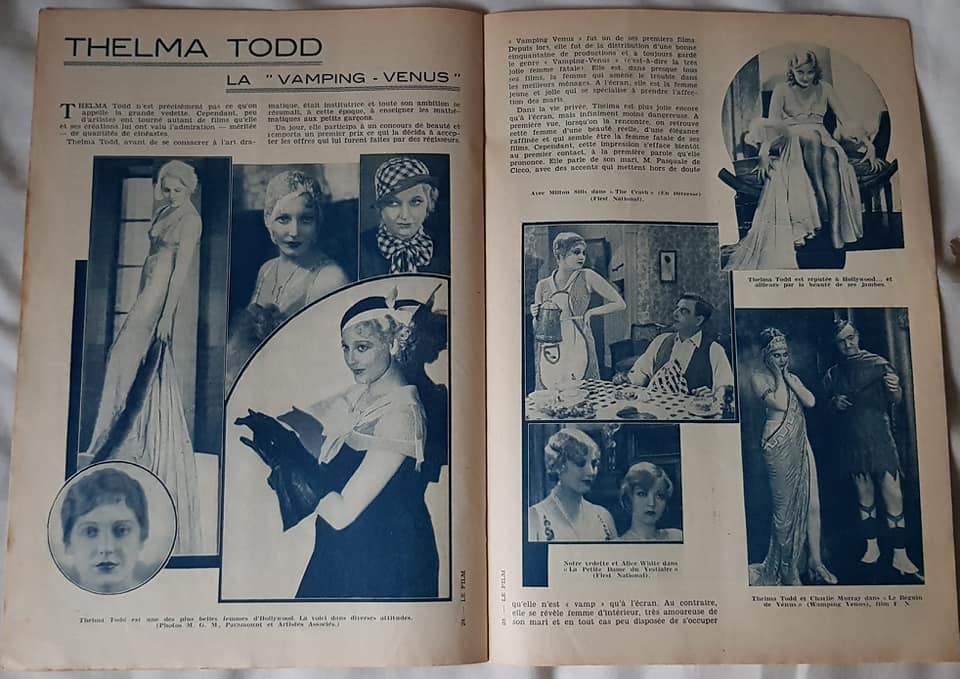 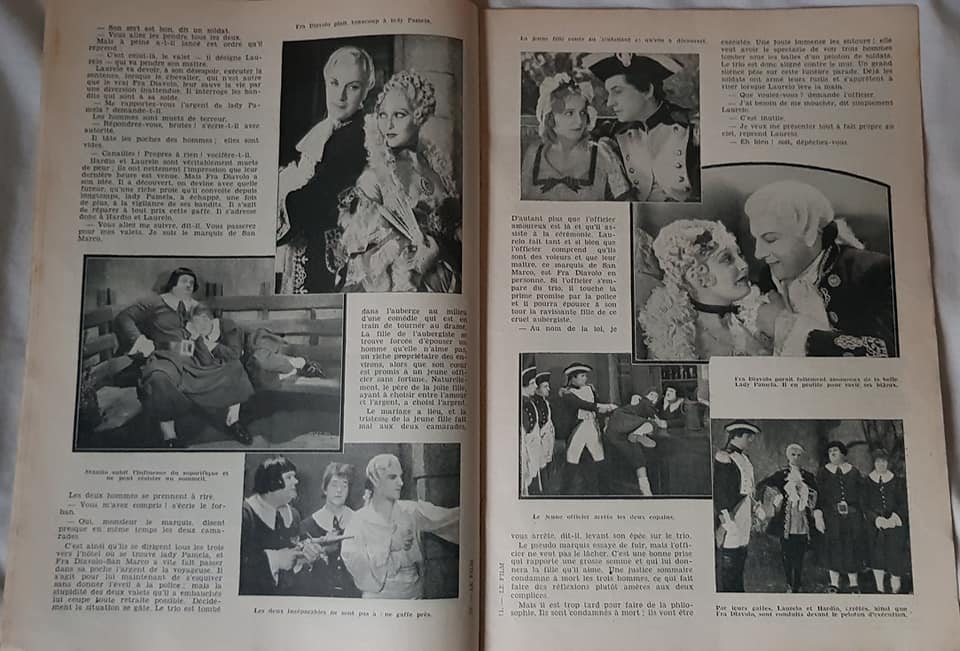 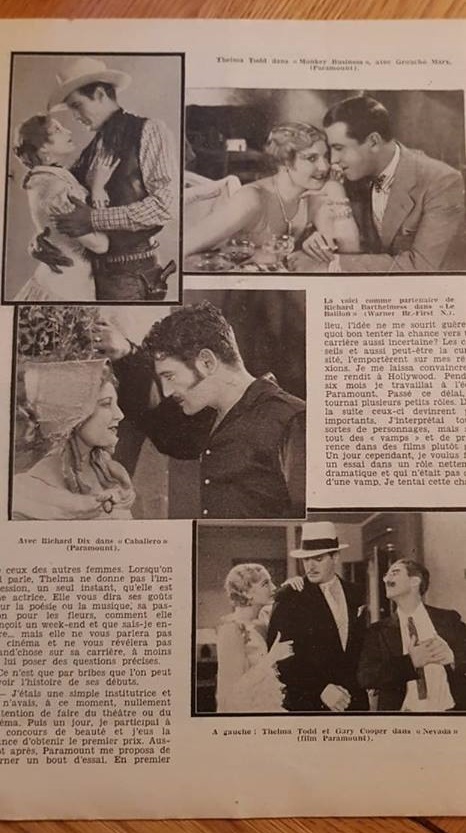 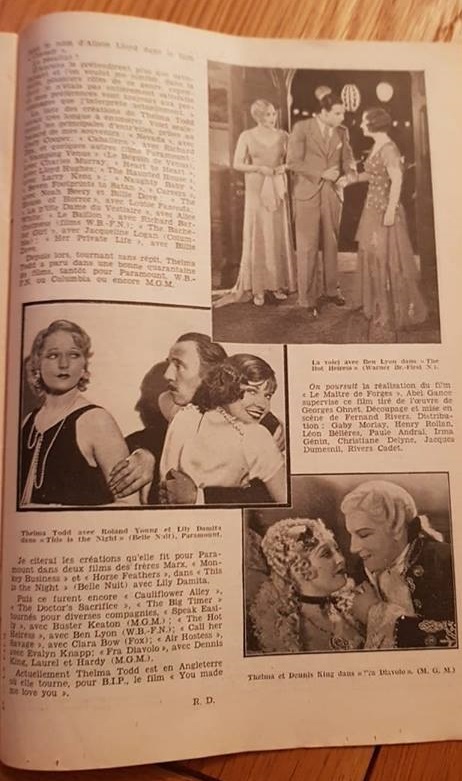 *This appears to be the same magazine as LE FILM with a different title. 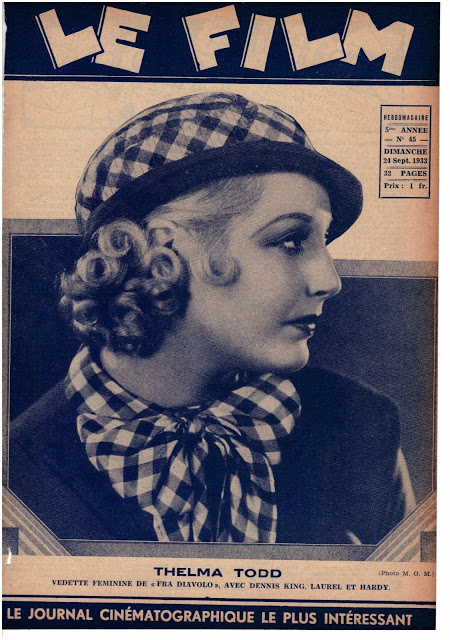 The Costume On The Cover:
benny-drinnon.blogspot.com/2018/02/costume-on-magazine-cover.html