Thelma Todd Sings In The Movies

Posted by John Muyres in the Thelma Todd Fan Group on facebook:

*Thelma Todd's singing in this movie was dubbed.

Recordings that Thelma Todd made that were never released. They recorded for an hour and 15 minutes for 3 songs. 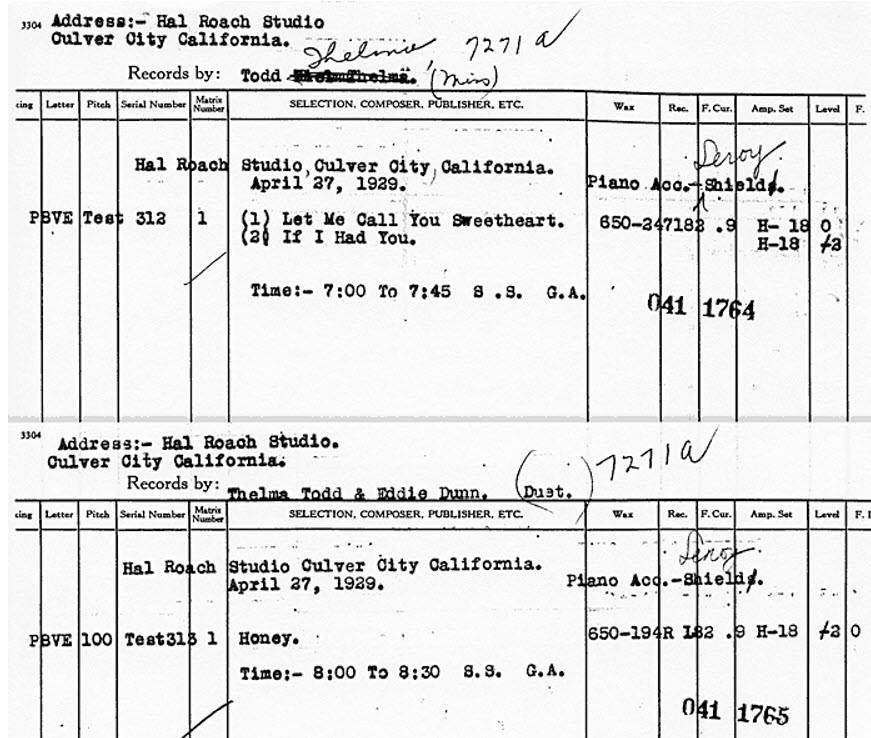