"The DOG WATCH - Hollywood may have shattered the illusions of many a young girl, but it has not those of Clara Bow. She still believes in Santa Claus; and by waiting up for him, proves herself a true daughter of Christmas Eve" photo by Eugene Robert Richee ~ from Motion Picture Classic, 1929 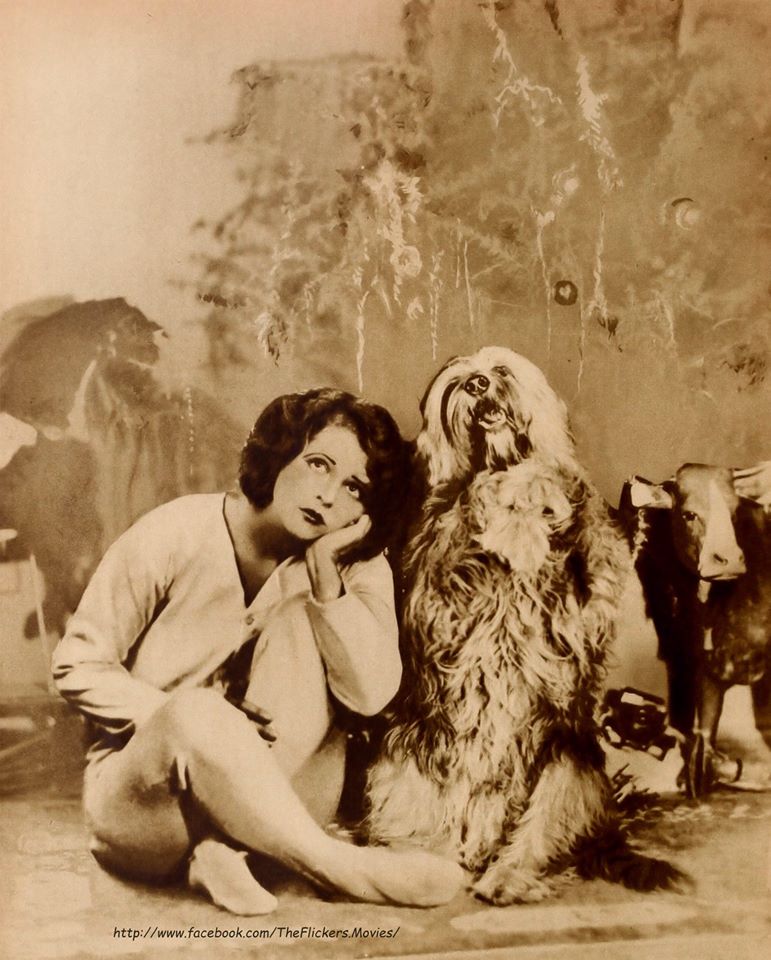