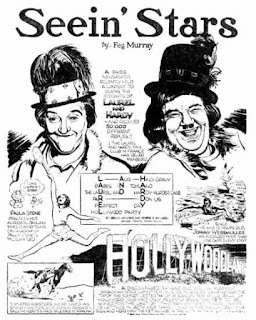 Some SEEIN' STARS cartoons posted by Jorge Finkielman on the Hal Roach Studio page at facebook. 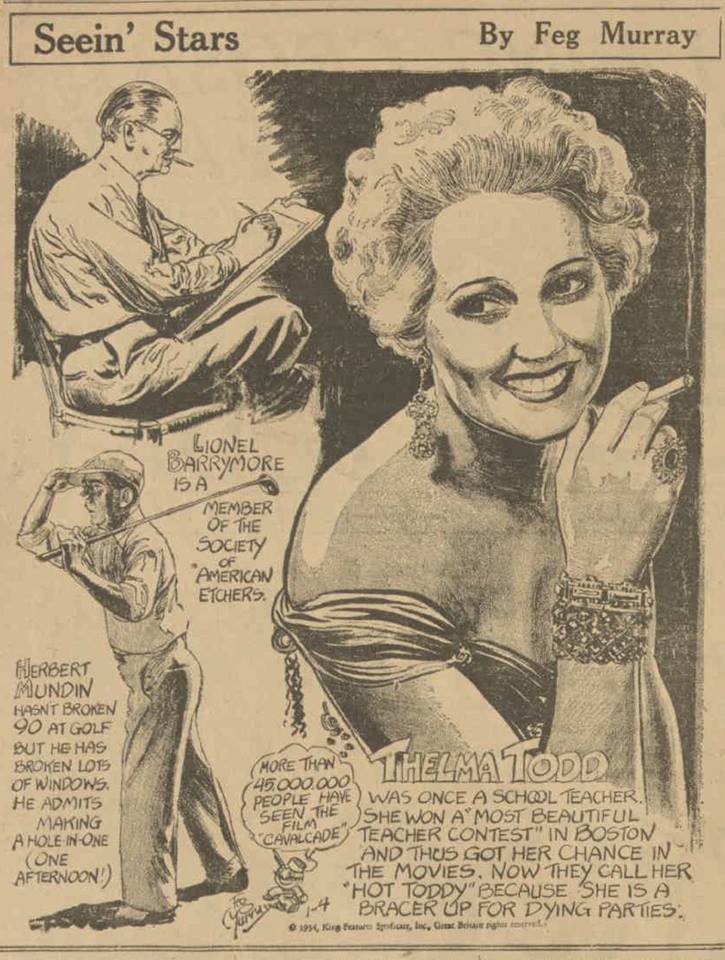 SEEIN' STARS cartoon from 1934 with Thelma Todd drawn from a publicity photo from PALOOKA. 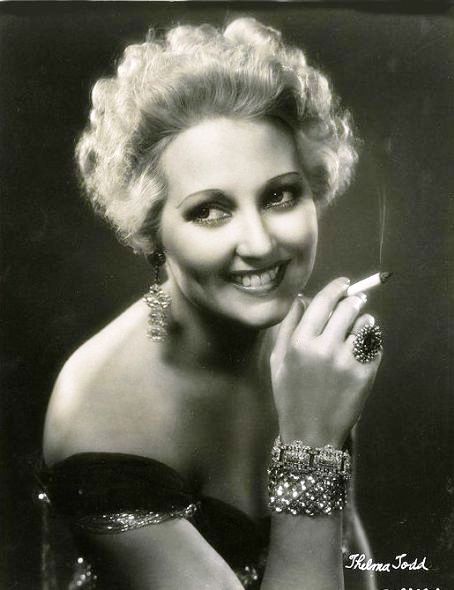 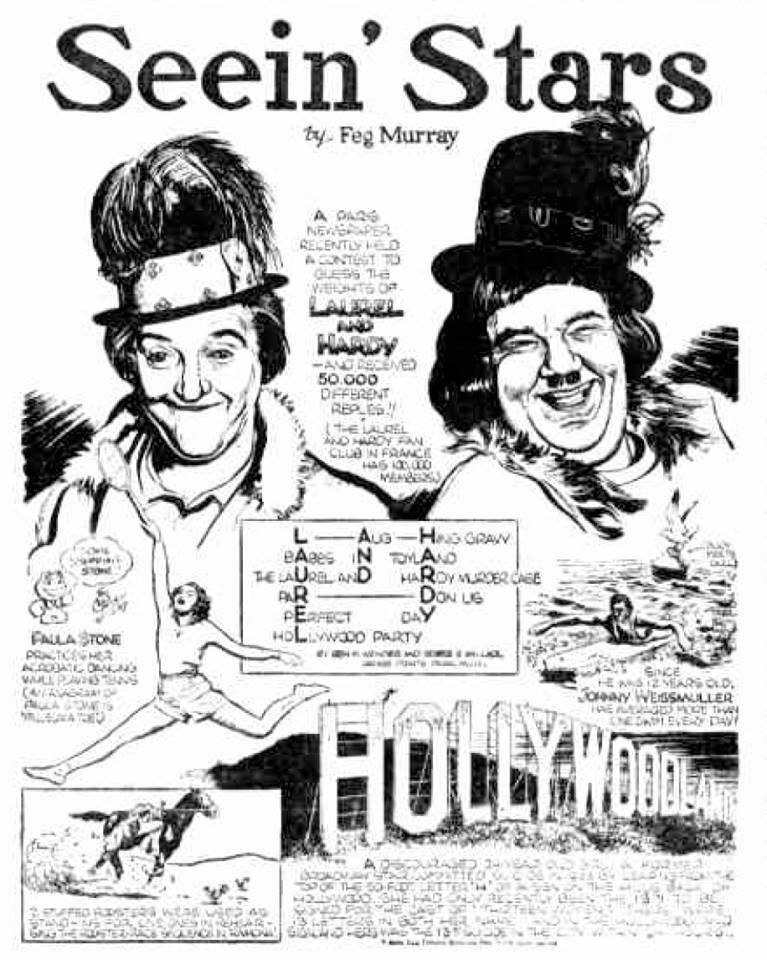 Laurel and Hardy drawn from a publicity picture from THE BOHEMIAN GIRL. Paula Stone was photographed with Thelma Todd in this period. 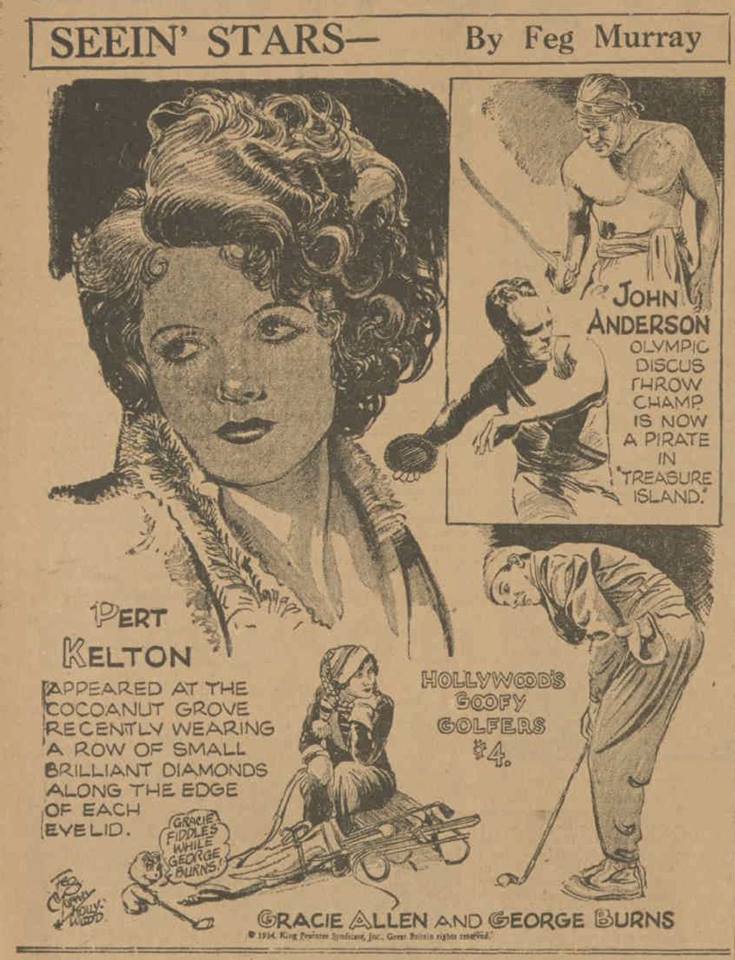 Pert Kelton appears in this 1934 cartoon. She would briefly replace Thelma Todd at the Hal Roach studio, later being replaced in the series by Lyda Roberti. 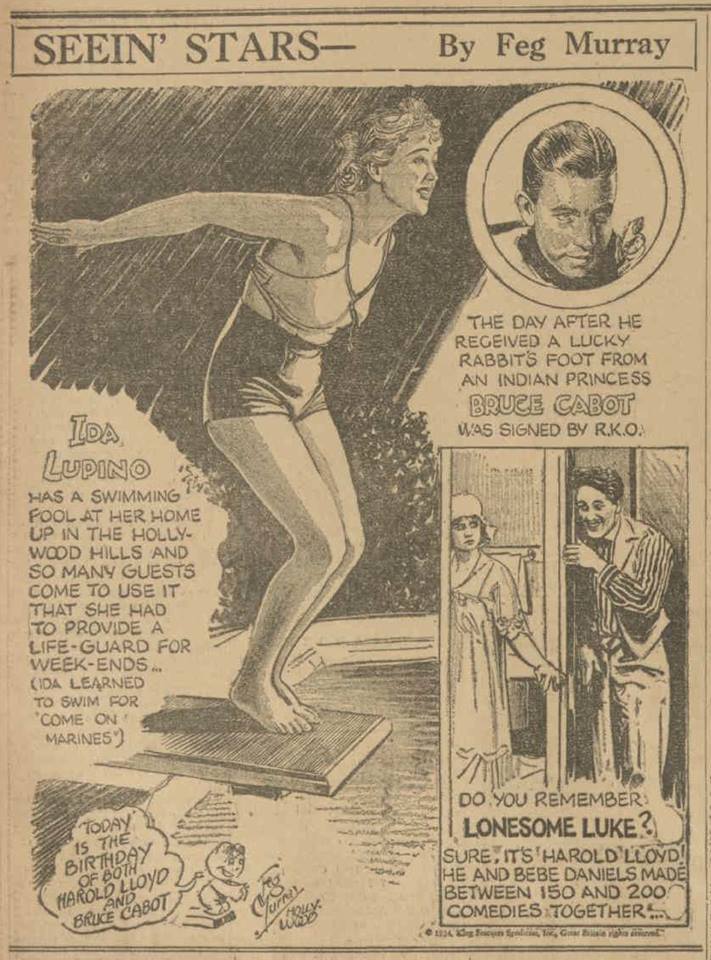 Ida Lupino knew Thelma Todd and was one of the last people to have seen her alive, at a party that she and her father threw at the Trocadero. 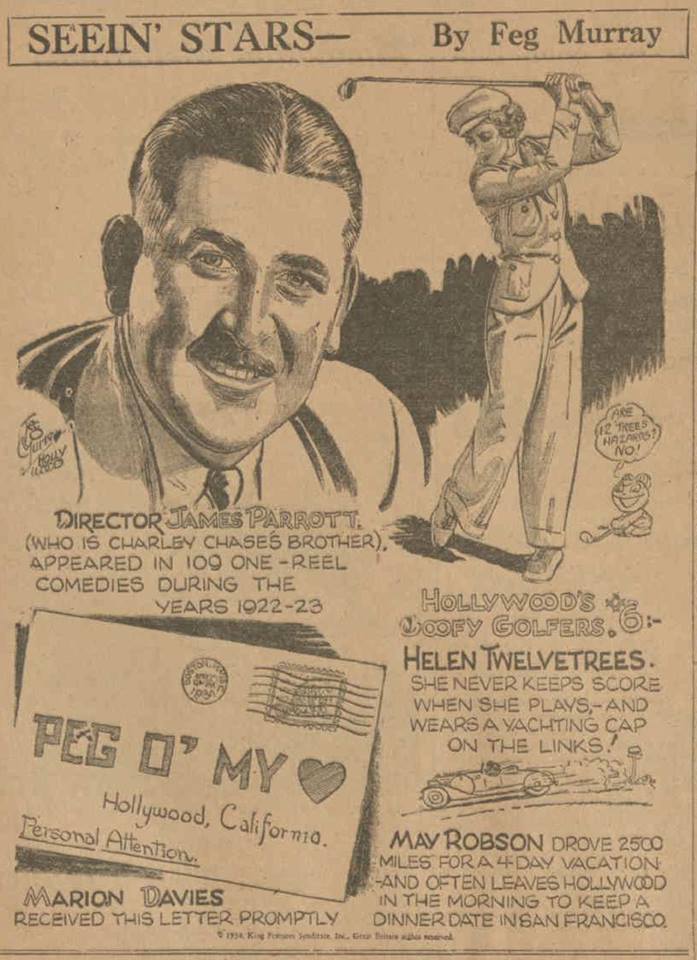 James Parrott worked as an actor before becoming a director. He directed several Thelma Todd and Patsy Kelly comedies as well as some Laurel and Hardy films.