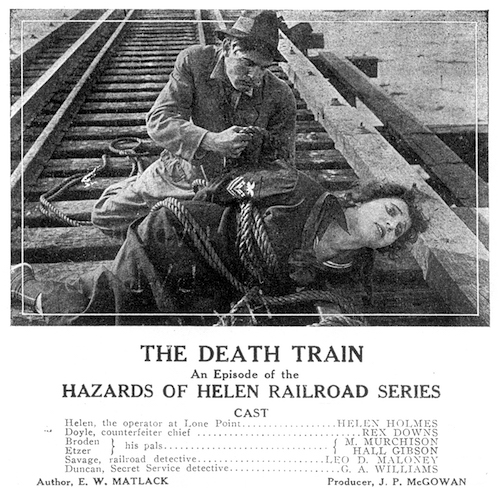 The myth that girls were not tied to the railroad tracks in silent movies has been dealt with on another site, which also deals with the one having to do with a paucity of pie fights in the same period.