The Mack Sennett's Bathing Beauties group on facebook had this picture from the Smithsonian Institute, which has made many public domain pictures from it's collection available online. A number of  Sennett's comedians are depicted including Ben Turpin and Ford Sterling, and Larry Semon ( right ) is about to have his face decorated with a pie.

Pauline of Perils fame can be seen to have been put in place of Mabel Normand in BARNEY OLDFIELD'S RACE FOR A LIFE ( below ). 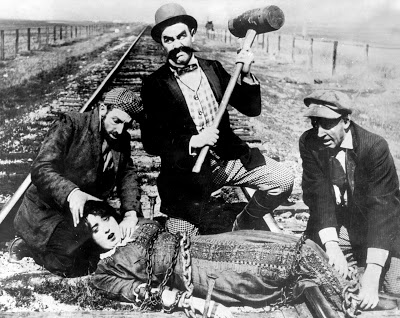 It is likely that all the characters here were drawn from photographs. 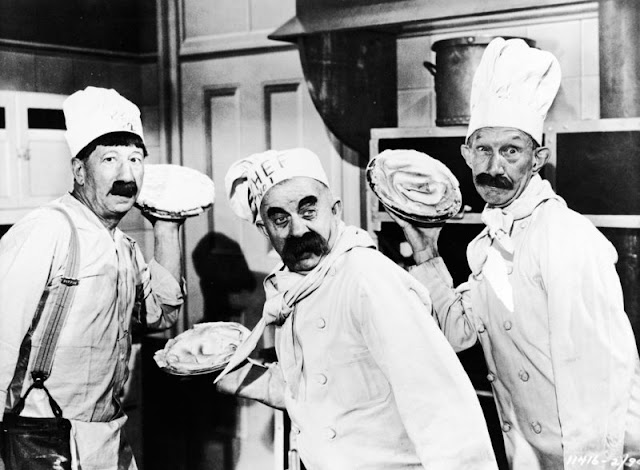 with Hank Mann, Chester Conklin, and Jimmy Finlayson, something that Pearl White never did in the original.
.

Chester Conklin was also depicted in the mural above, as one of the Keystone Kops ( the one on the left ). But if the date of 1941 that the Smithsonian has on it is correct, the picture predates 1947 movie. Both seem to have combined different elements in a similar fashion, but it doesn't appear that one is derived directly from the other.  .