This is my aunt Thalma who wrote the letter below .


The letter was written by Thelma (Edwards ) Belyea who is named after Thelma Todd she was 14 at the time of death,, She’s related on mothers side . 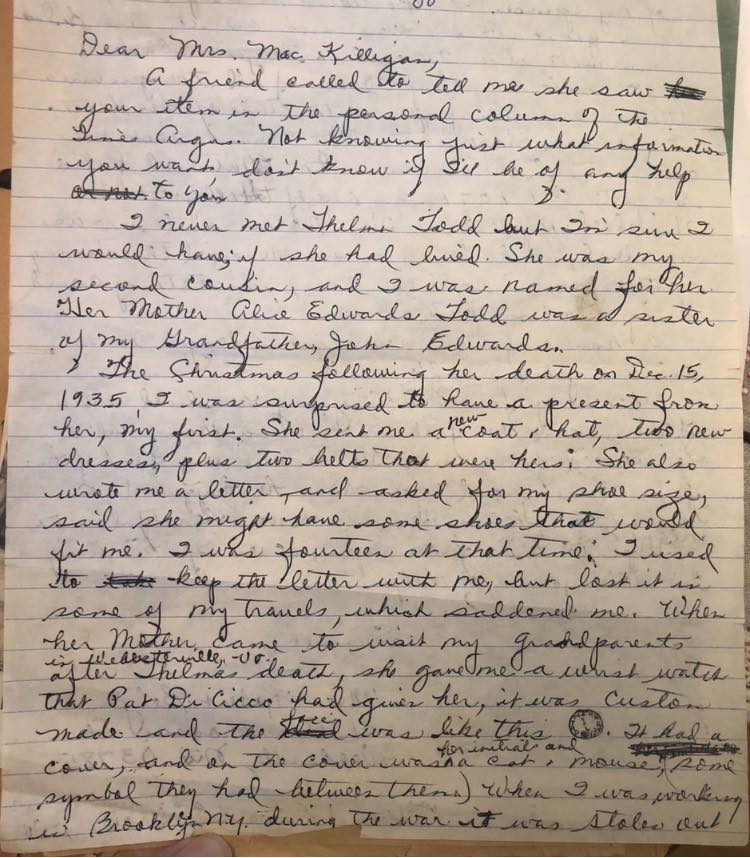 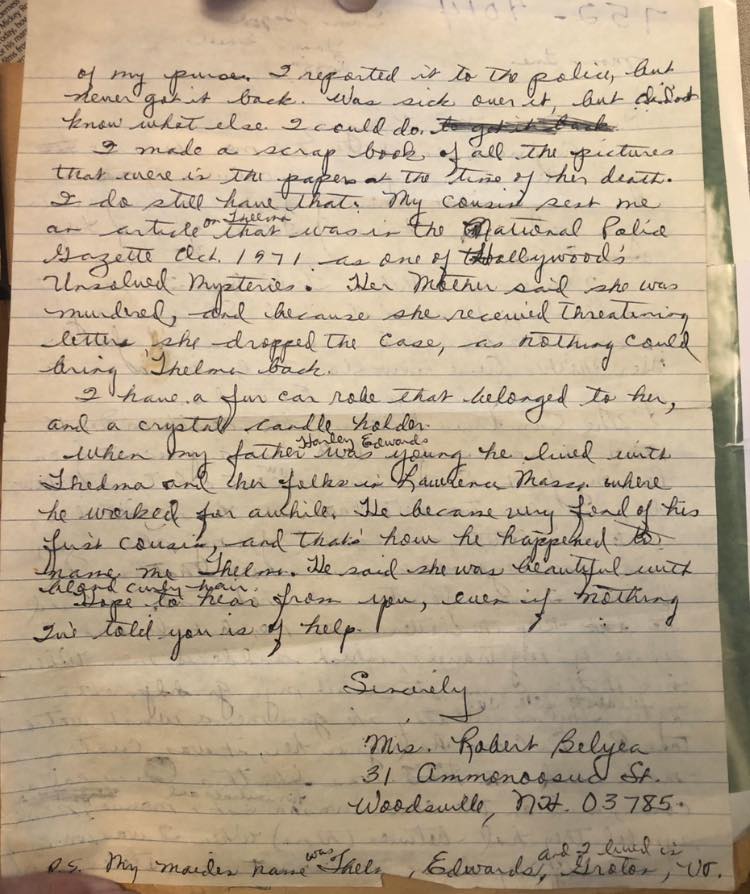 She was responding to this letter 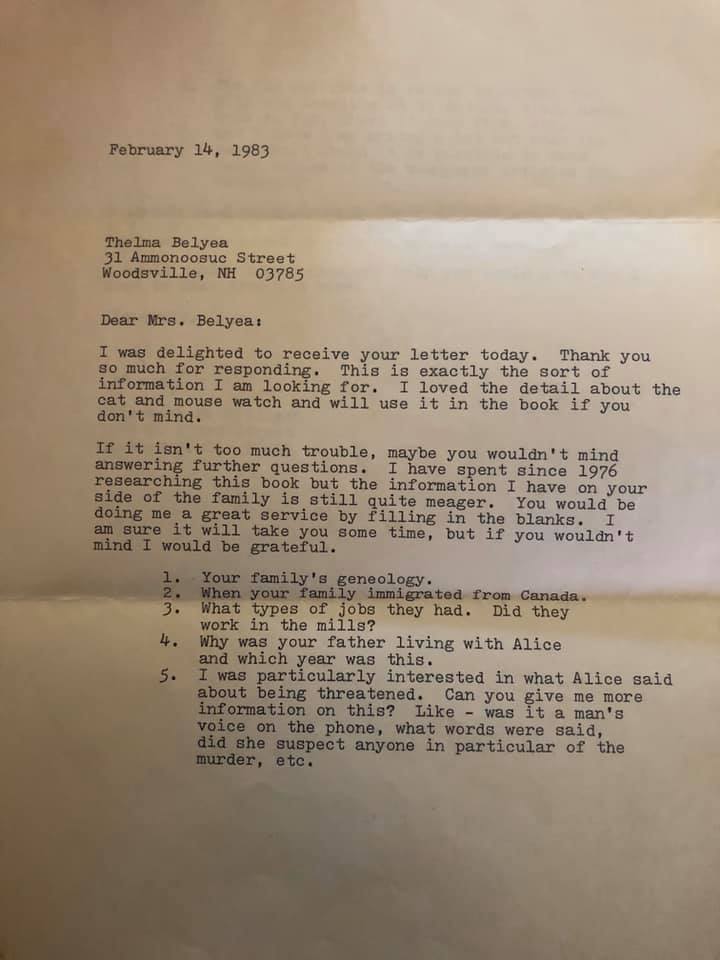 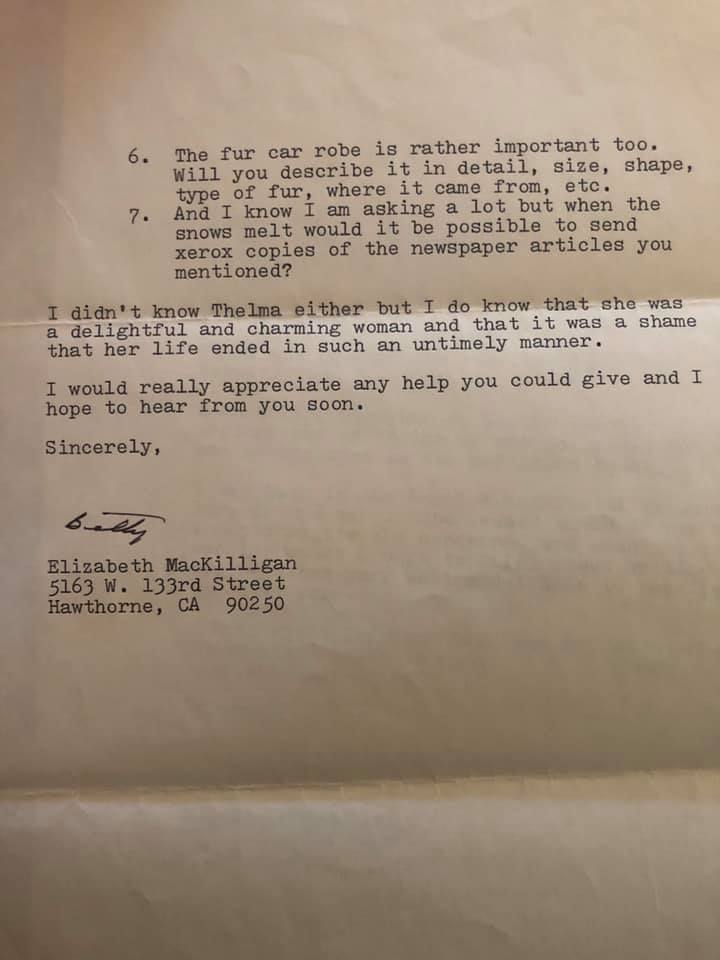 The Elizabeth Mackilligan book is mentioned at https://www.ancestry.ie/boards/surnames.mackilligan/1?itemsPerPage=TEN&page=1&sortDirection=DESCENDING&viewType=TREE_VIEW as a family history that was published in 1982.