There are some copies of Thelma Todd's hand-written letters in the FBI files. Here are a few notes and letters in her own writing.

This one appears to be a note sent to a fan, possibly along with the photograph. 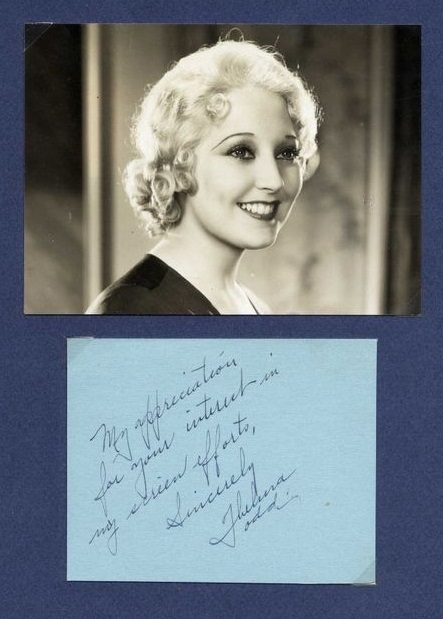 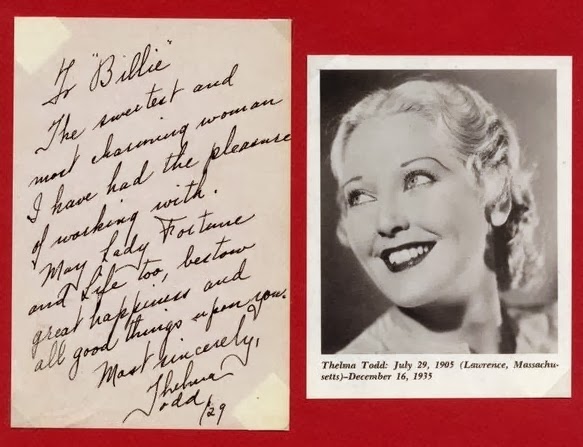 The note to Billie Dove, at a larger size. 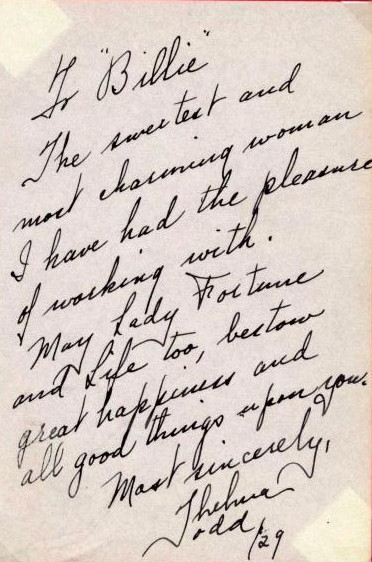 Letter on a menu from Thelma Todd's Sidewalk Café. 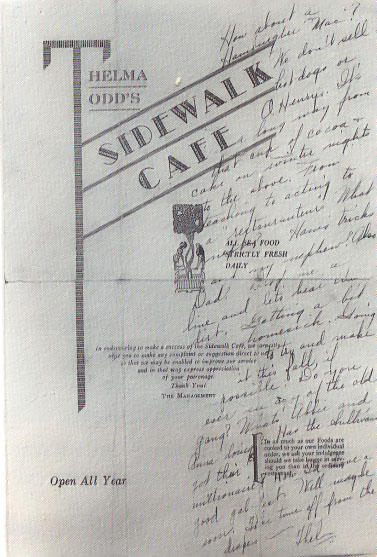 Letter on "Joyita" stationary. The Joyita was Roland West's yacht, 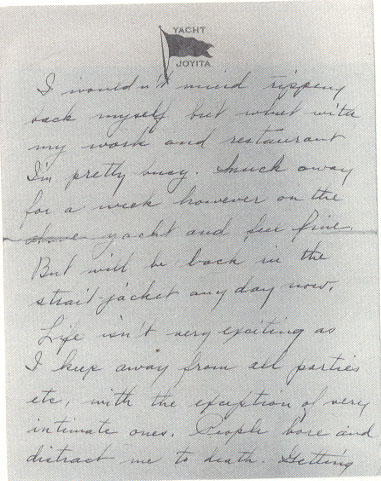 which was used in the movie CORSAIR in 1931.

A letter to Zasu Pitts, which was published in MODERN SCREEN in 1931. 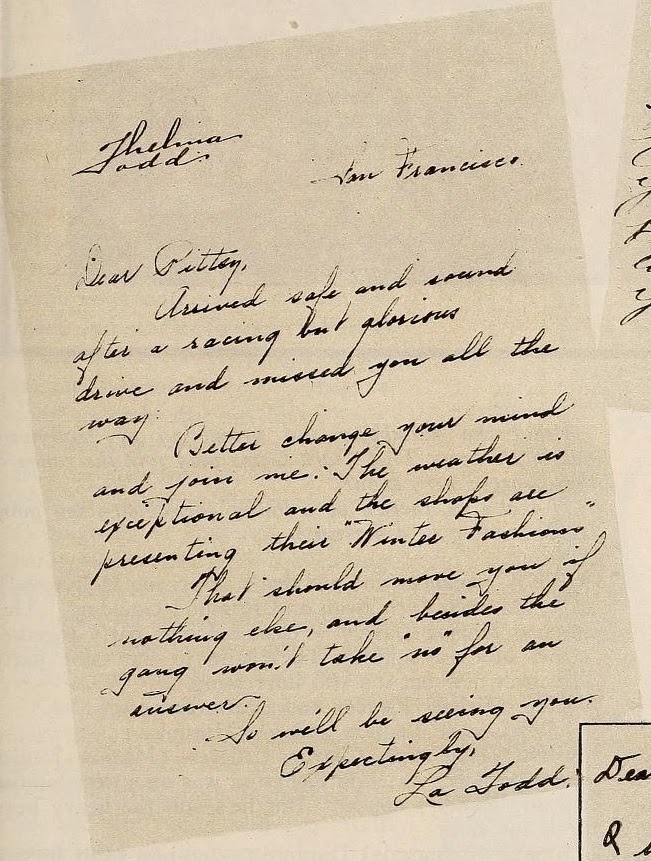