In 1933, Hal Roach arranged for Thelma Todd, Dennis King, and Jimmy Finlayson  made a tour of England to promote their movie THE DEVIL'S BROTHER. It was a movie they had made with Laurel and Hardy, and Laurel and Hardy themselves had made a similar tour the year before. 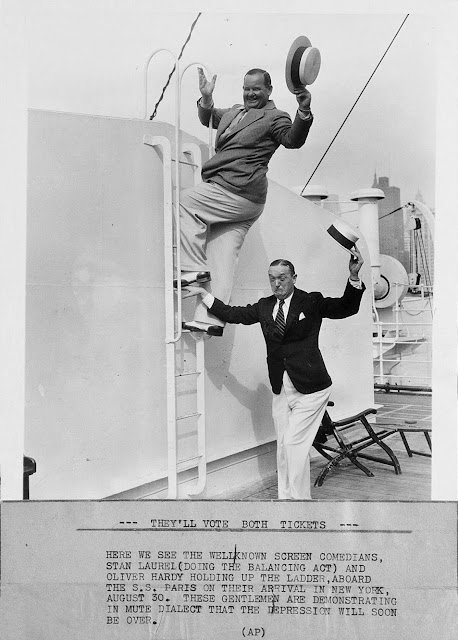 Hal Roach himself went to England in this period. Roach was thinking about producing a movie in England himself, but nothing came of it at that time.* Charley Chase also went to England during the same period.
HOLLYWOOD REPORTER April 22, 1933 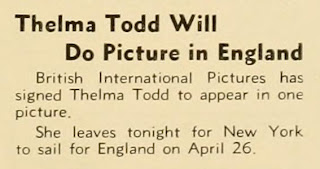 The picture was YOU MADE ME LOVE YOU. 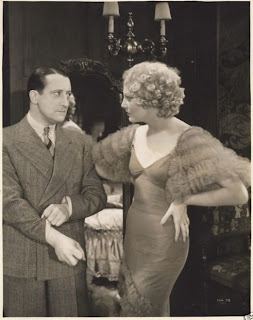 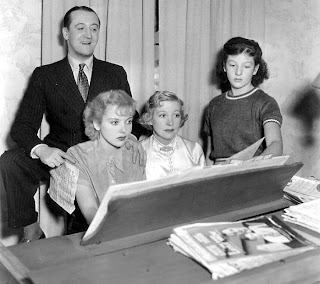 While Thelma Todd was en route, studio negotiations were going on without her that would eventually replace teammate Zasu Pitts with Patsy Kelly.
HOLLYWOOD REPORTER April 25, 1933
The same page had this item on Thelma Todd's progress:

An item from THE INDIANAPOLIS STAR dated May 1, 1933 and credited to Corbin Patrick:
"Bebe Daniels, Ben Lyon and Barbara Bebe, Thelma Todd and Sally Eilers all are stopping in New York on their way to Europe... "
They all sailed for England aboard the same ship.
HOLLYWOOD REPORTER May 16, 1933 - YOU MADE ME LOVE YOU announcement.

HOLLYWOOD REPORTER May 24, 1933 - Thelma Todd, who came over on the same ship as Bebe Daniels and Ben Lyon, now staying at same hotel in London. 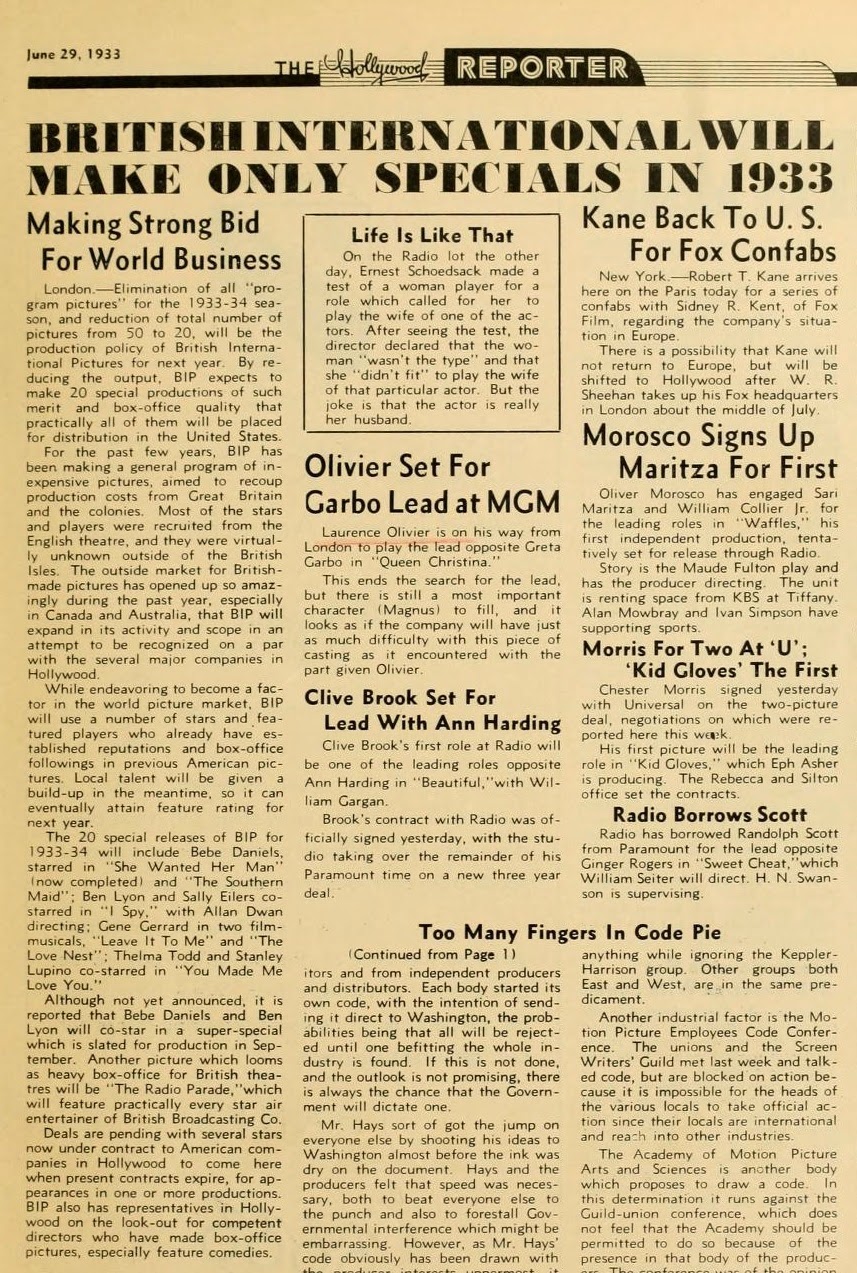 Thelma Todd and Sally Eilers returned to the US On The Europa. 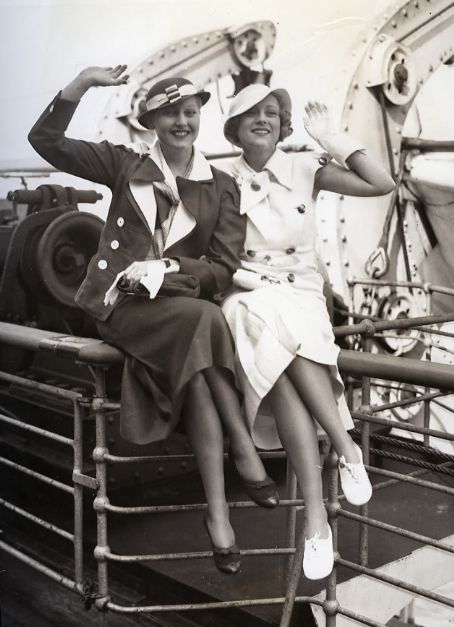 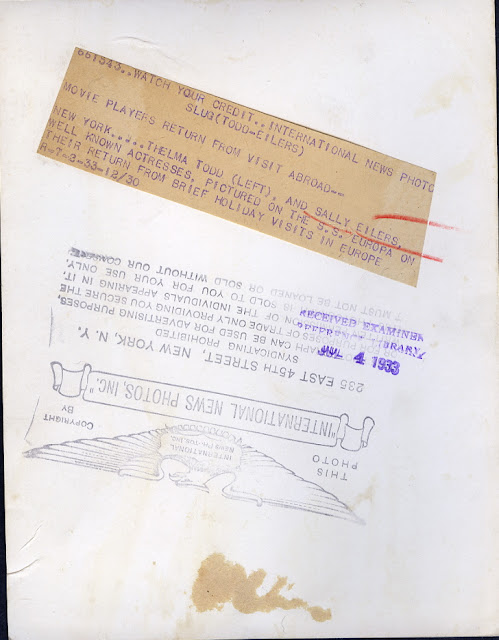 Thelma Todd wanted to go back to England again later on, as mentioned in this letter. 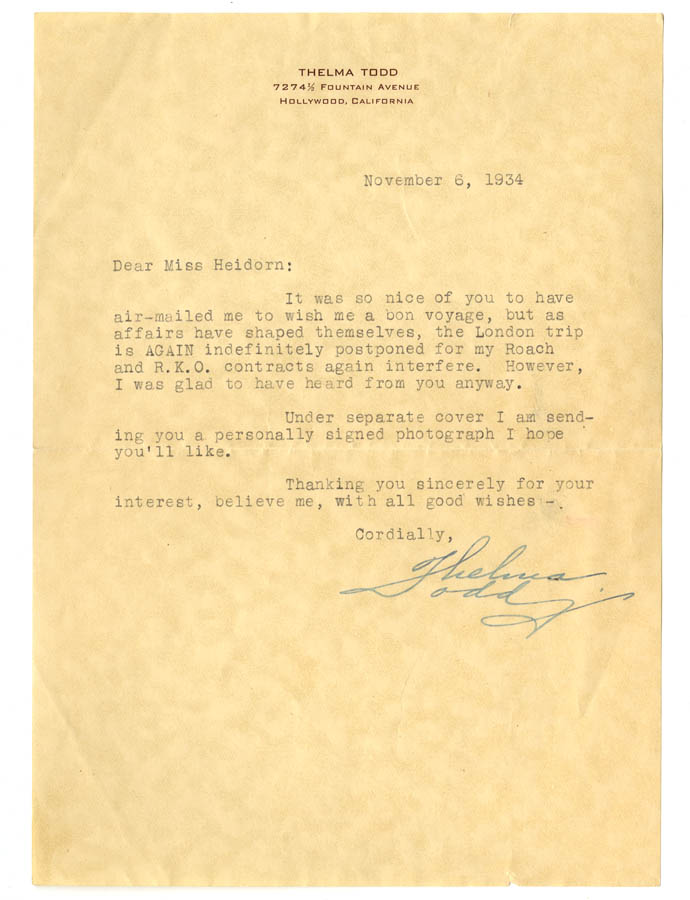 But it was not to be.
* Hal Roach was later involved in the British remake of his ONE MILLION BC, which was called ONE MILLION YEARS BC and starred Raquel Welch. It was one of the most famous movies of the sixties.
Frame enlargements of Thelma Todd in London. 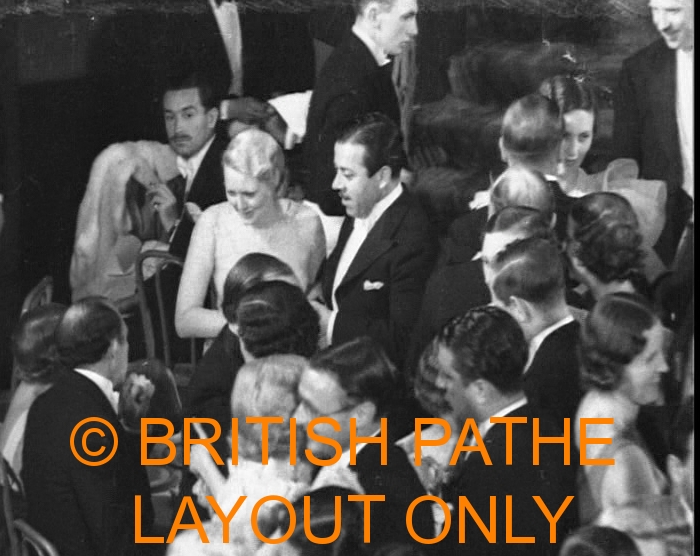 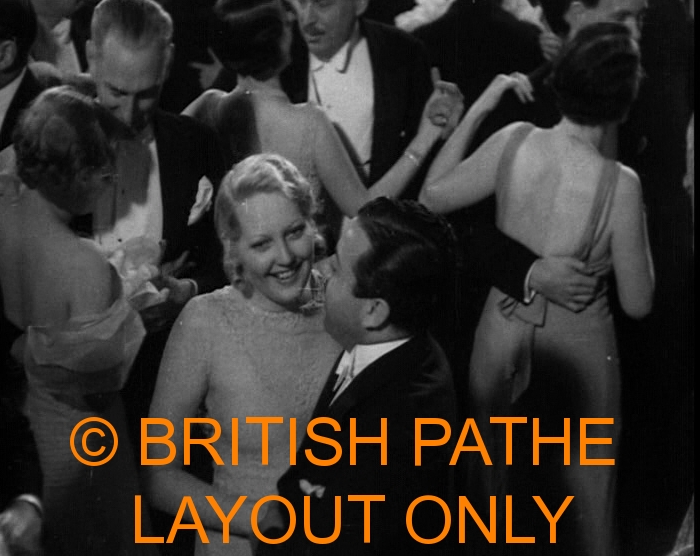 DO YOU WANT TO BE BEAUTIFUL ( Magazine Article from PICTUREGOER ):
http://benny-drinnon.blogspot.com/2012/03/do-you-want-to-be-beautiful.html