VAMPING VENUS was a fantasy where the principles started out in the modern era and then found themselves in ancient Greece in a dream sequence. This publicity picture shows Thelma Todd with a measuring tape around her neck because it is part of a publicity campaign which compared her measurements to those of an ancient Greek statue of Venus. 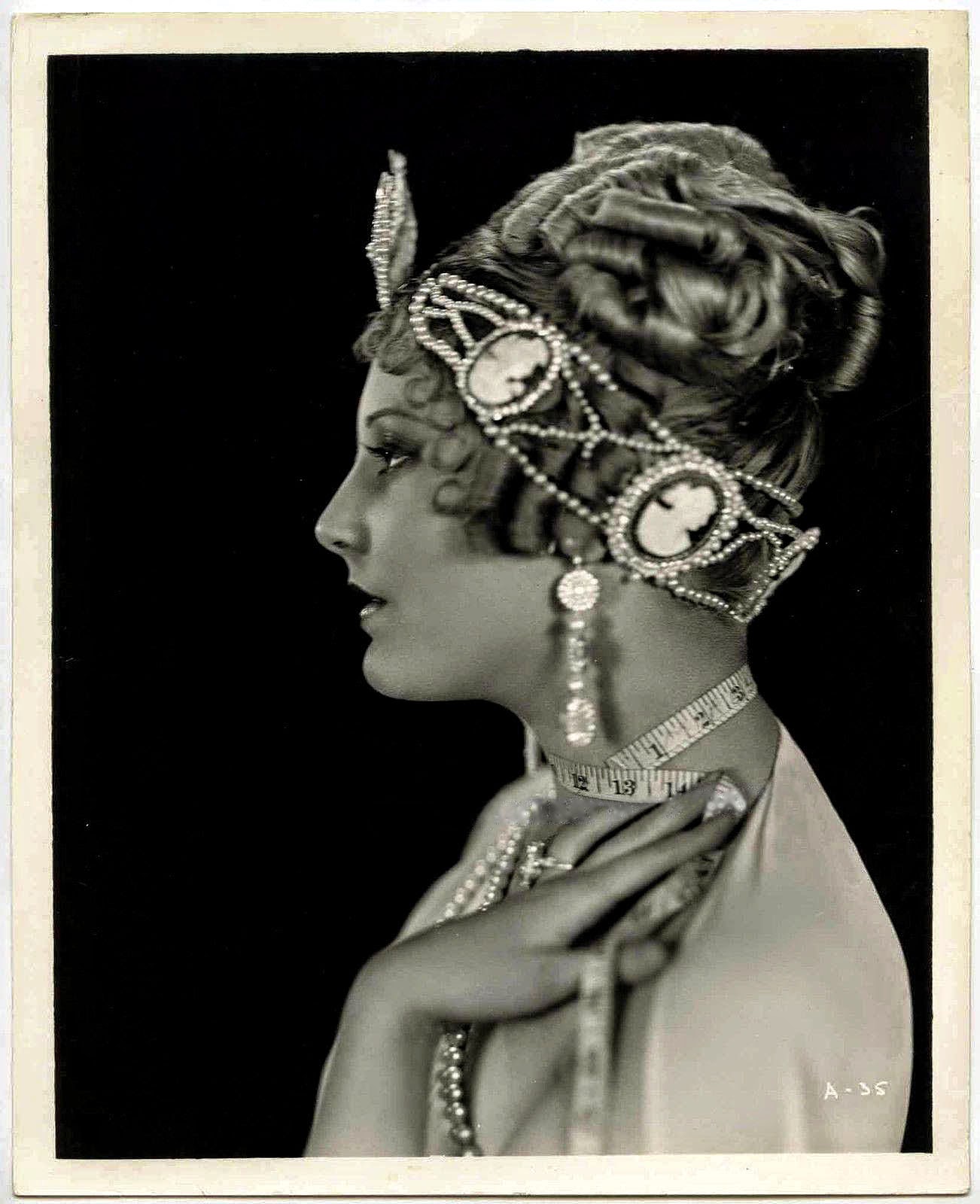 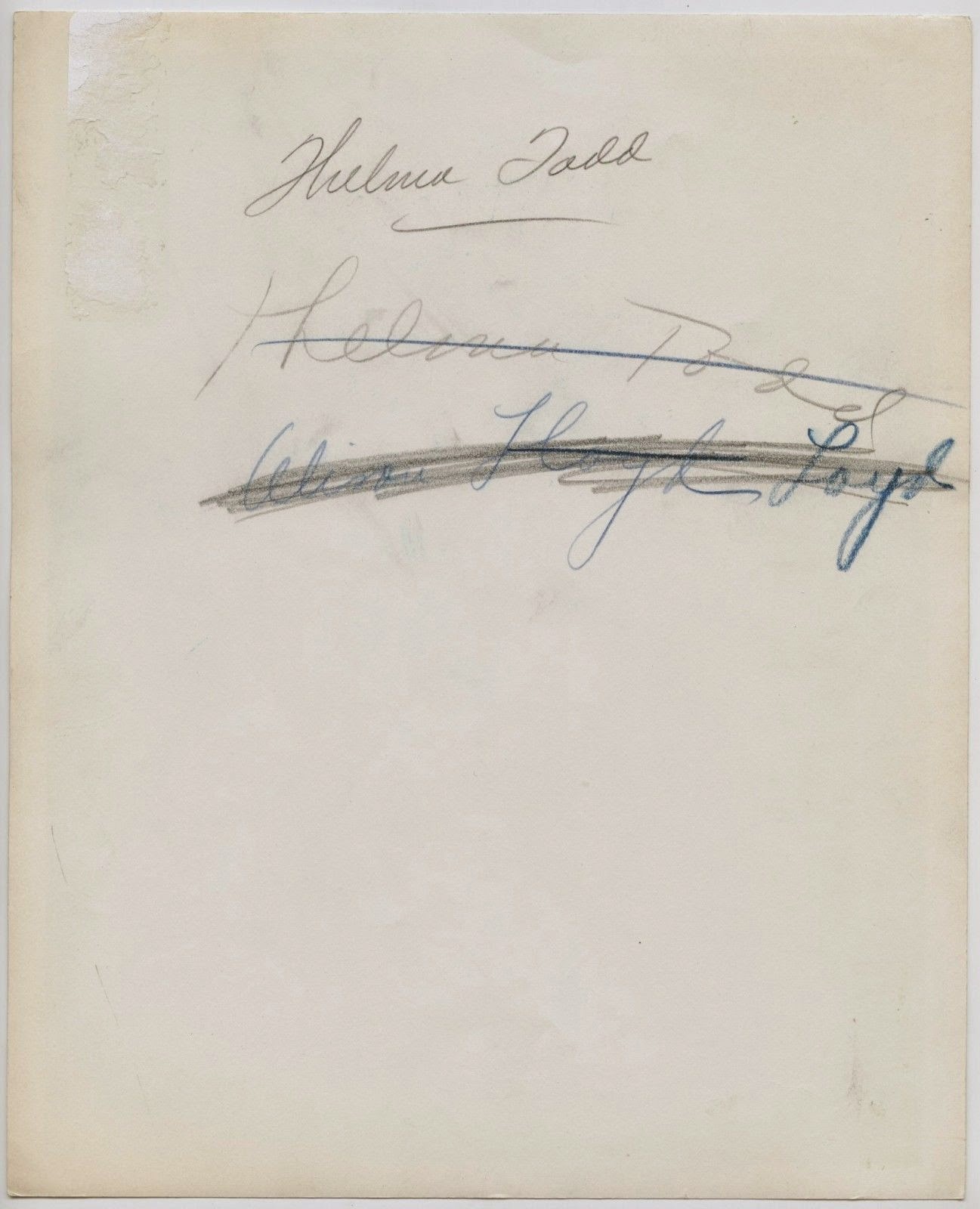 Again we see where a preexisting picture of Thelma Todd had her name crossed off the back and replaced with "Alison Lloyd" because she used that name in CORSAIR, only to have that name crossed out in turn to be replaced by the original.