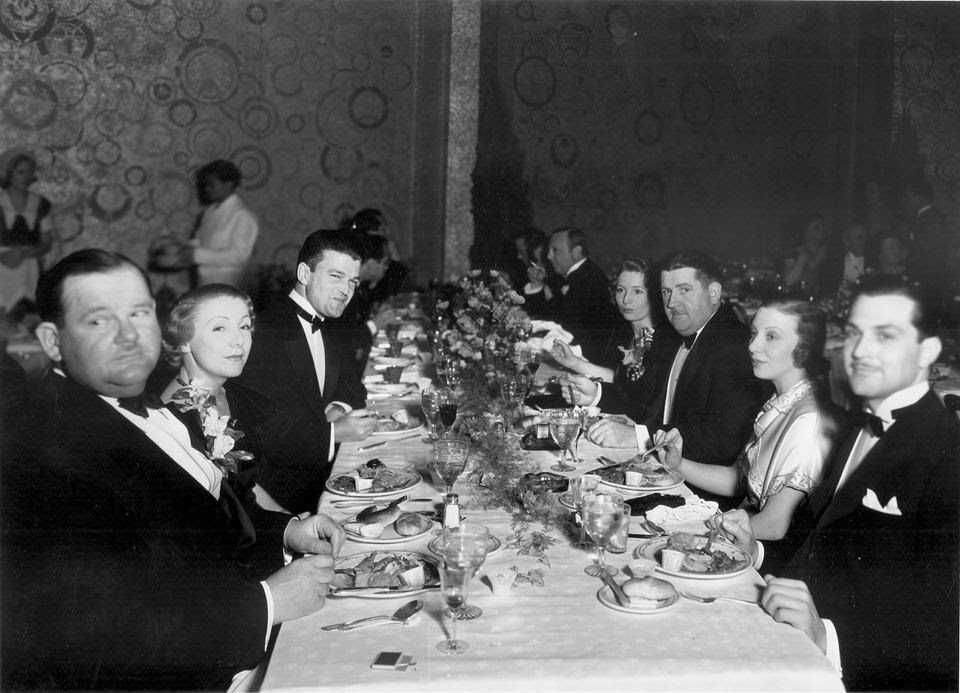 Randy Skretvedt: This is from the Hal Roach Studios' 20th anniversary party, held on the lot on December 7, 1933. At left we have Babe and Myrtle Hardy, and actor-producer Wallace MacDonald sneering at us. In the background at right is Jesse Lasky with a cigarette. Then there's Ruby and James Parrott, and I don't know whom. The lady *might* be Myrtle's sister Mary Pense, but I don't know who the gentleman is.

Randy Skredvedt:  I think the lady is Kent's wife, Augusta.

Richard W. Bann:  Of course that is Kent Taylor. Superman's alter ego was named in part for him.