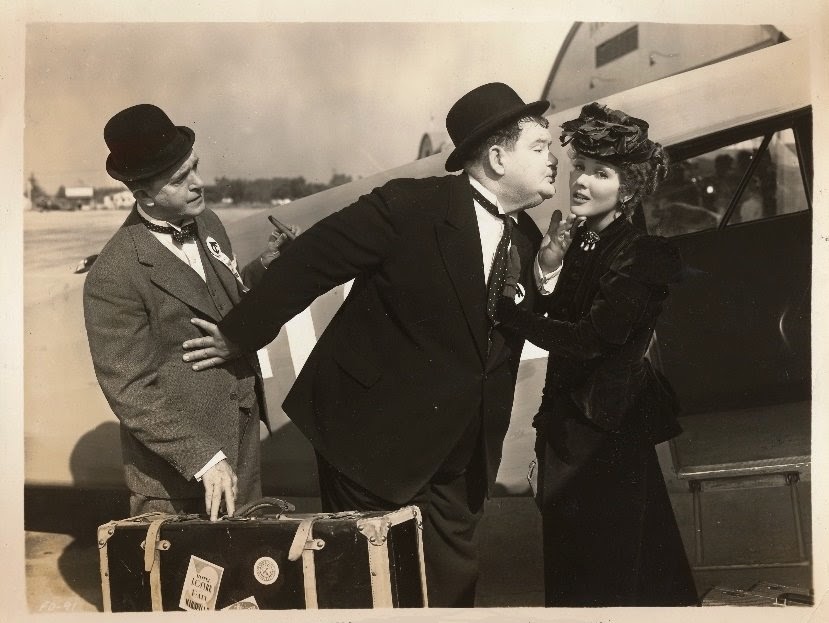 From Wikipedia, the free encyclopedia
Jean Parker (August 11, 1915 – November 30, 2005) was an American film and stage actress. She landed her first screen test while still in high school. She acted in motion pictures with well-known actors including Robert Donat, Edward G. Robinson, and Lionel Barrymore. She was married four times and had one son, Robert Lowery Hanks.

Born as Luise Stephanie Zelinska in Deer Lodge, Montana, to Lewis Andrew Green, and his wife Pearl Mildred. She was of Polish and French ancestry.[1] In her adolescence, she chose to go by the name Lois Mae Green.[2] She appeared in 70 movies from 1932 through 1966. In 1932 Parker posed as a flower girl and living poster in a float in the Tournament of Roses Parade, where she was seen by Ida Koverman, secretary to MGM mogul Louis B. Mayer. The following day the studio called her on the phone and invited her for a screen test.[3] She attended Pasadena schools and graduated from John Muir High School. Her original aspirations were in the fine arts and illustration.[4]
She had a successful career at MGM, RKO and Columbia including important roles such as the tragic Beth in the original Little Women, among many other film appearances including Frank Capra's Lady for a Day and Gabriel Over the White House; Sequoia; Limehouse Blues with George Raft and Anna May Wong; The Ghost Goes West, opposite Robert Donat; and Rasputin and the Empress, with the Barrymore siblings (John, Ethel, and Lionel) in the only movie they all made together. In 1939, she starred opposite Stan Laurel and Oliver Hardy in RKO's The Flying Deuces. Parker auditioned unsuccessfully for the role of Melanie in the film Gone with the Wind.
On November 9, 1939 she opened the Downtown Theatre in Oakland, California, and in December 1941, the Orinda Theater in Contra Costa County.[3]
Parker remained active in film throughout the 1940s, playing opposite Lon Chaney in Dead Man's Eyes, and a variety of other films. Parker managed her own airport and flying service with then-husband Doug Dawson in Palm Springs, California until shortly after the start of World War II. During the war, she toured many of the veteran hospitals throughout the U.S. and performed on radio. In the 1950s, Parker co-starred opposite Edward G. Robinson in Black Tuesday; had a small but effective role in The Gunfighter which starred Gregory Peck and appeared with Randolph Scott and Angela Lansbury in the western A Lawless Street (1955). Her last film appearance was Apache Uprising (1966), directed by A. C. Lyles.
Parker also appeared on Broadway. In 1949, she replaced Judy Holliday in Born Yesterday on Broadway and enjoyed a successful run in this classic. Parker also appeared on Broadway opposite Bert Lahr in the play Burlesque, did summer stock in Bucks County, Pennsylvania, was on tour in the play Candlelight and Loco, and performed on stage in other professional productions.
In 1954, Parker played the role of Cattle Kate Watson of Wyoming in an episode of the syndicated television series Stories of the Century, the first western program to win an Emmy Award. The series starred and was narrated by Jim Davis.[5] Later in her career and life, Parker continued a successful stint on the West Coast theatre circuit and worked as an acting coach.[3]

Utilizing her artistic talents, she contracted in June 1935 to make eight original sketches a month for a Beverly Hills shop.[3]
In December 1935, she became engaged to New York socialite newspaperman George E. McDonald, and eloped with him to Las Vegas on March 21, 1936. McDonald continued his business affairs on the East Coast, and after less than four years of marriage, Parker was granted an interlocutory decree of divorce on January 23, 1940. On February 14, 1941, she married Los Angeles radio commentator Henry Dawson Sanders, known professionally as Doug Dawson. Both she and Dawson operated a flying service from Palm Springs Airport in California, which was closed with the outbreak of World War II. In July 1942, her husband joined the Coast Guard and in September 1942 they separated and were divorced in July 1943. A month after she was granted her final divorce decree on July 29, 1944, she married Dr. Kurt "Curtis" Arthur Grotter, a Hollywood insurance broker and former correspondent for a group of Czechoslovakian newspapers and active with the Braille Institute in Los Angeles, as he had a substantial loss of vision. They were separated on June 19, 1949 and divorced on December 29, 1949. On May 19, 1951, she secretly married actor Robert Lowery, at the home of a friend in Hialeah, Florida. Lowery had played Batman in 1949; he was featured in over seventy films in his own career.
While appearing at a nightclub in Sydney, Australia[6] during 1951, Parker made international headlines when she was escorted off Bondi Beach when swimsuit inspector Abe Laidlaw measured her bikini and determined it was too skimpy.[3][7] In 1952, Parker gave birth to a son, Robert Lowery Hanks, who works as an executive for the city of Los Angeles. She and Lowery filed for divorce in September 1957 but it was never finalized.[3]
At age 83, she moved into the Motion Picture and Television Country House and Hospital in Woodland Hills, California, where she died of a stroke on November 30, 2005, at the age of 90. She was survived by her son, Robert, and granddaughters Katie and Nora Hanks.

JEAN PARKER
One of her first publicity photos
1932 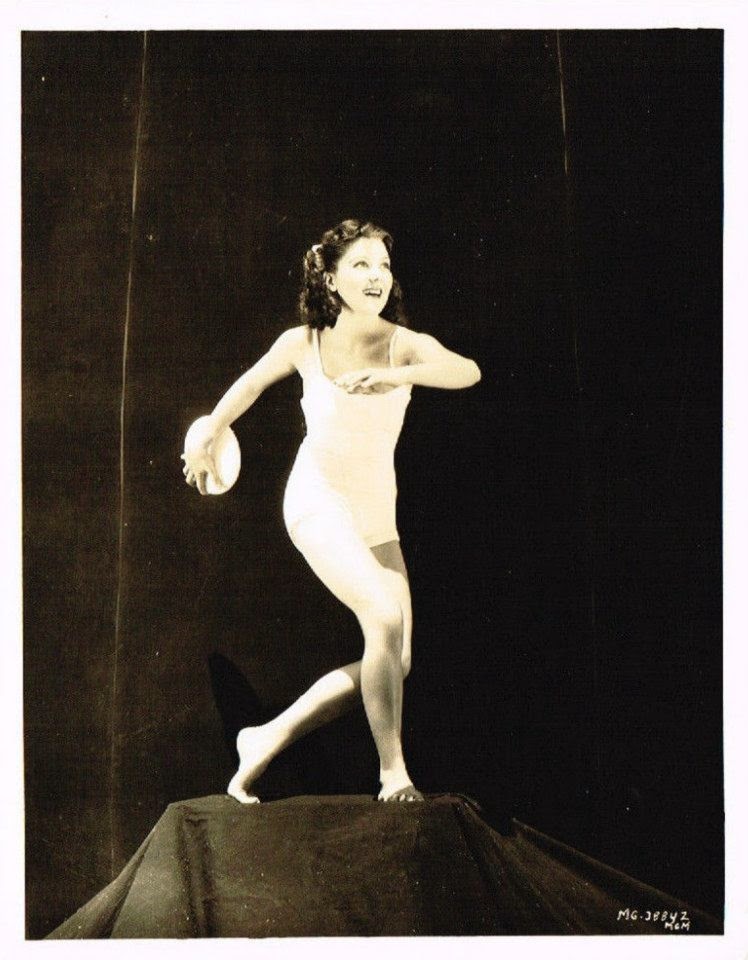 An Easter photo with Jean Parker and Mary Carlisle. 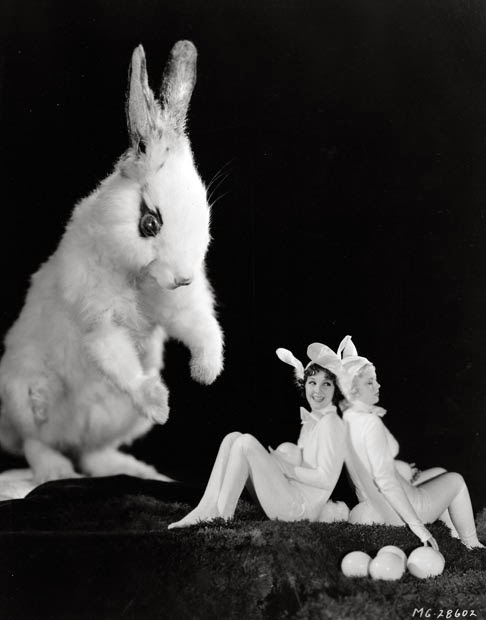 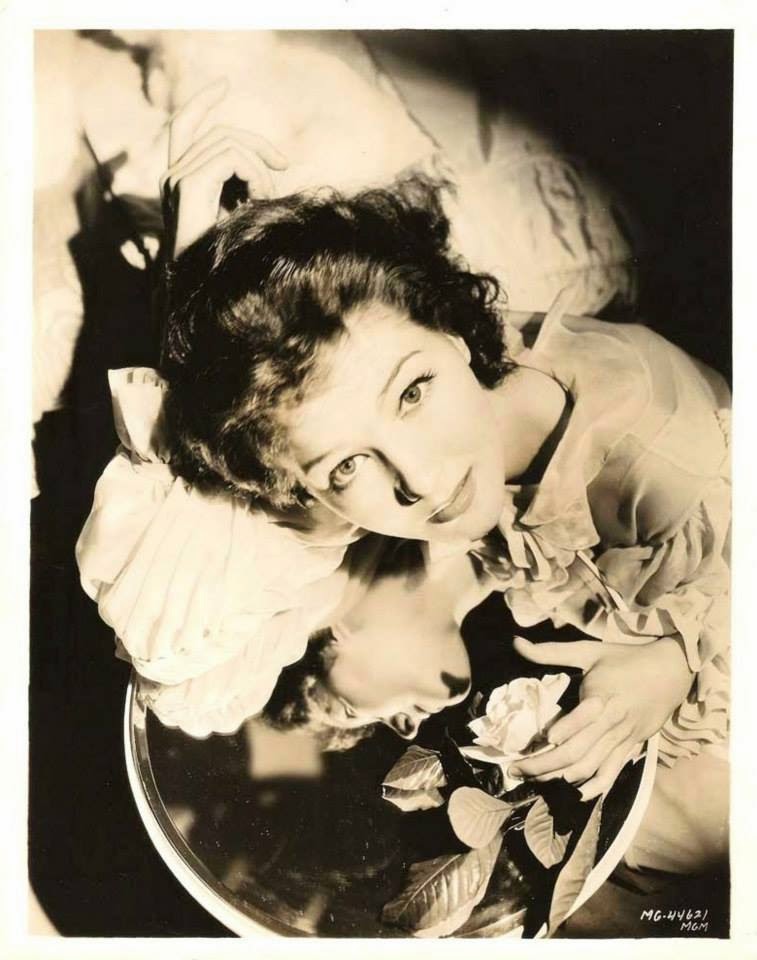 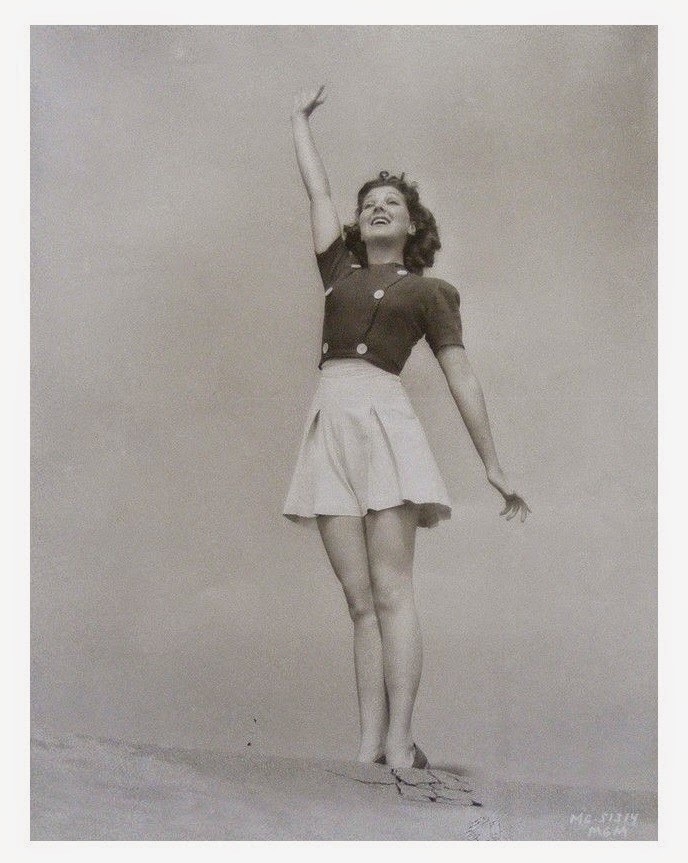 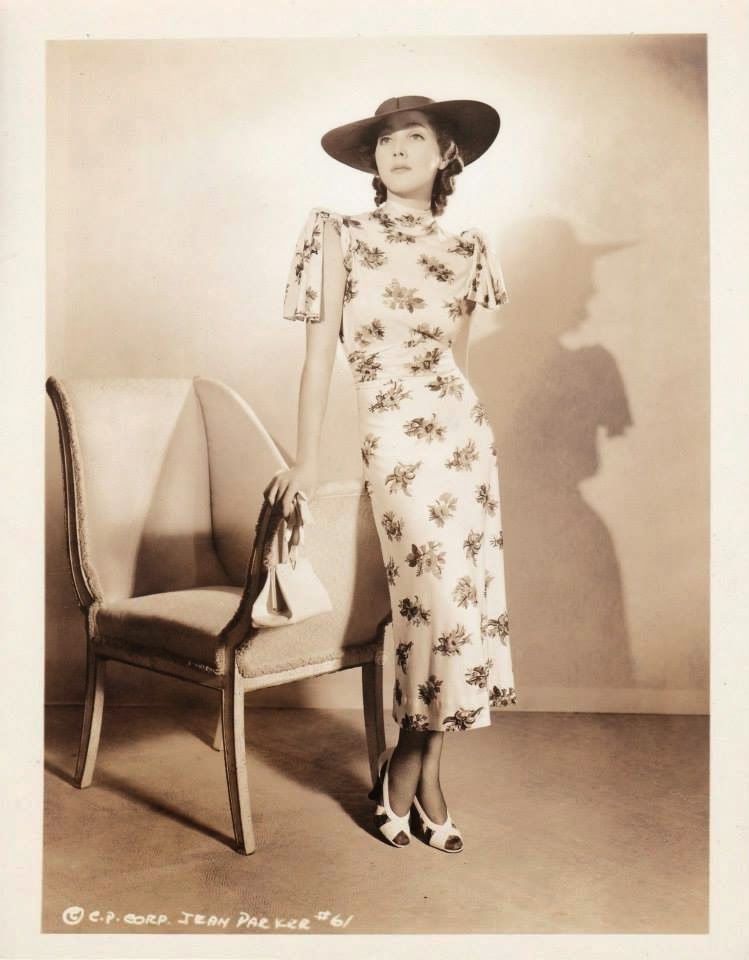 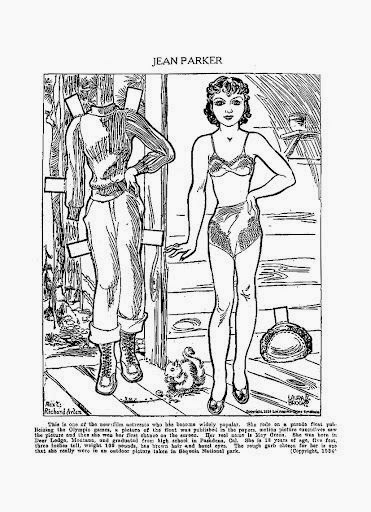 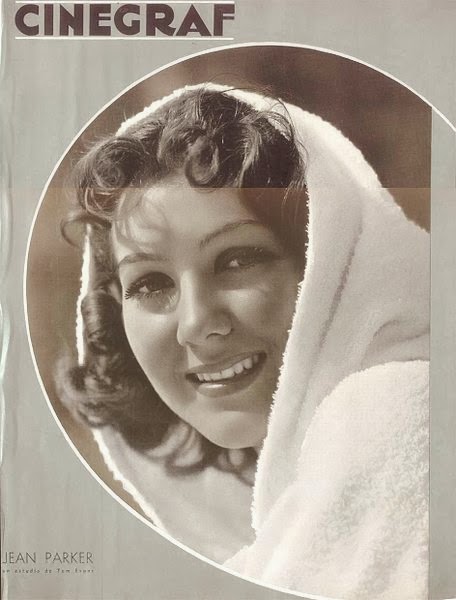 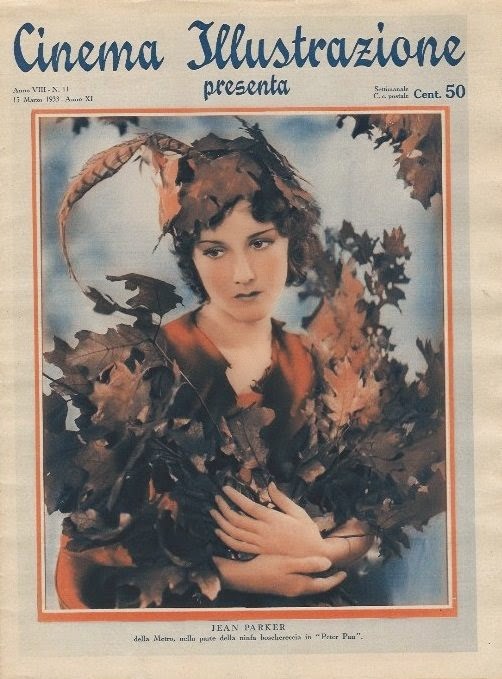 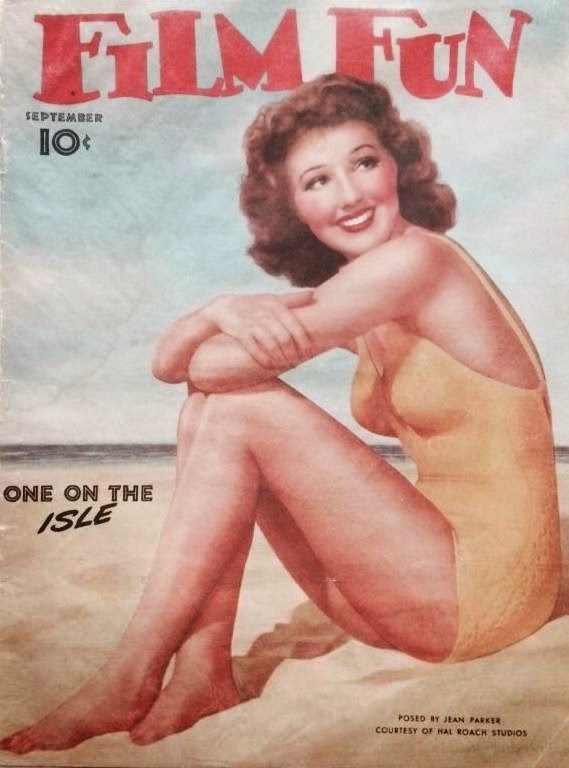 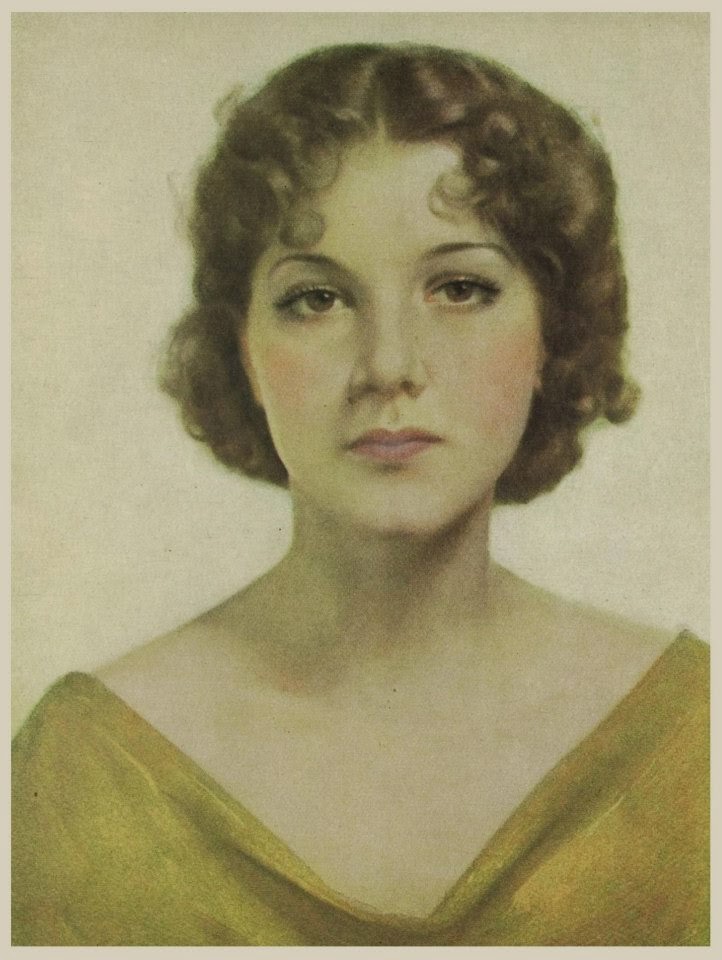