Jean Parker, Oliver Hardy and director Gordon Douglas on the set of ZENOBIA. 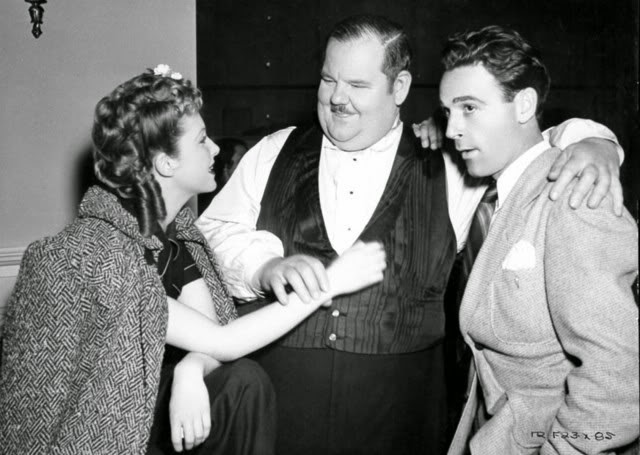 This was the film where Oliver Hardy was teamed with Harry Langdon after Stan Laurel's contract with Hal Roach had expired. Stan Laurel later signed a new contract with Roach and went back to working with Hardy.