A video of the site of what used to be Thelma Todd's Sidewalk Café undergoing renovation.

This video show you the site of Thelma Todd's Sidewalk Café and the surrounding area, but contains many errors. It repeats the story that Thelma Todd had a broken nose and three broken ribs when she died, when all that the official records have is that she had a split lip and that the crown of a tooth had been dislodged.

Thelma Todd was not slated to begin work on a Laurel and Hardy movie as was stated. She had just completed THE BOHEMIAN GIRL, evidently this was misunderstood. She made several movies with Laurel and Hardy, but not as many as this video suggests. 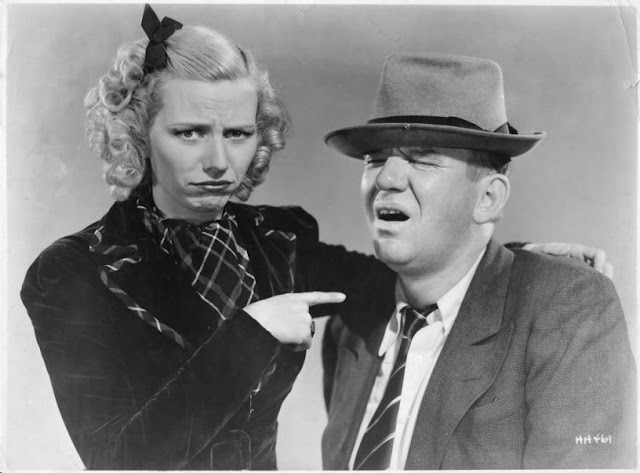 The girl with Ted Healy in this picture is Mabel Todd, not Thelma Todd.

One book states that Thelma Todd had an affair with Ted Healy, but there is no mention of this in anything that was published in that period. Neither can anything be found be found in period publications about Thelma Todd being associated with Lucky Luciano. Lucky Luciano was not investigated in connection the death of Thelma Todd as was stated. Records indicate that the authorities knew of his whereabouts at the time and that he was not around Thelma Todd as has sometimes been stated.

The story that Roland West made a "deathbed confession" is an "as told to" story which also cannot be found in period publications. And because there were no locks on the garage it would not have been possible for him to have locked the doors on it.

Lola Lane was the last wife of Roland West and inherited the building from him. She gave it to the Paulists, who used it as a center for the production of religious television programs. The statement made here that they didn't use it is not correct.