CLOSEUP AND COMEDY By Johnson And Scarbo

Another series of newspaper cartoons, this time focusing on people in comedy. We see many familiar names here, including Lyda Roberti, Rosina Lawrence, Chester Morris, and Oliver Hardy. 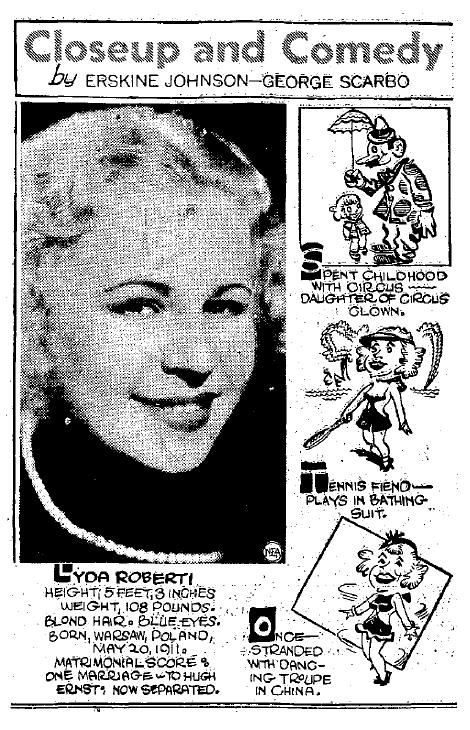 Lyda Roberti was Thelma Todd's replacement at the Roach studio. 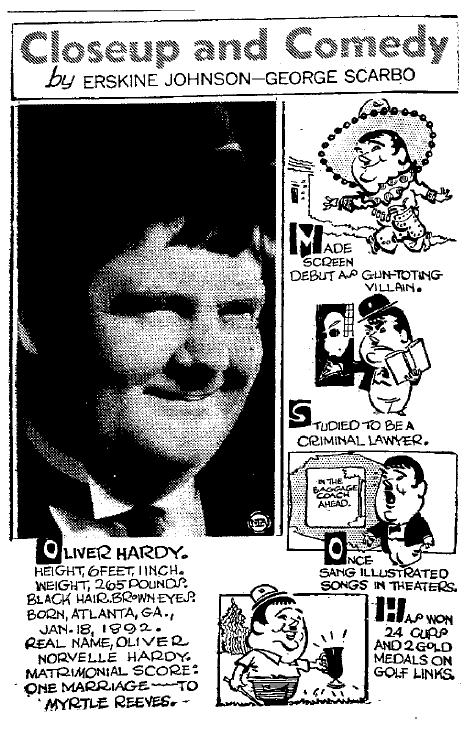 Oliver Hardy played villians early in his career. He was a villain in his first film with Stan Laurel, LUCKY DOG, before either of them was working for Roach. 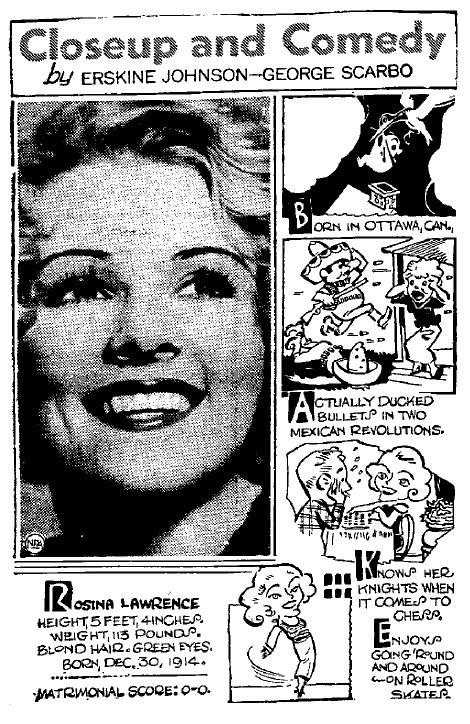 Rosina Lawrence may be best known as Our Gang's schoolteacher, although she worked with Laurel and Hardy and was in what had been the Thelma Todd series as well. 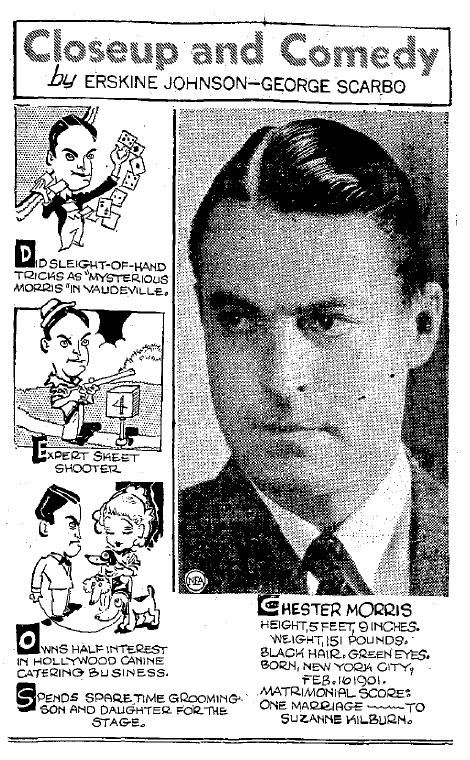 Chester Morris used to work for Roland West and was in CORSAIR with Thelma Todd as "Alison Loyd". 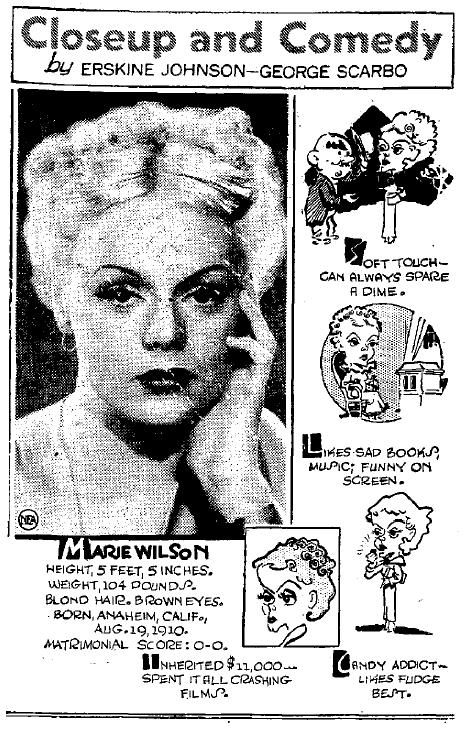 Marie Wilson was in BABES IN TOYLAND. She was a babe, all right. 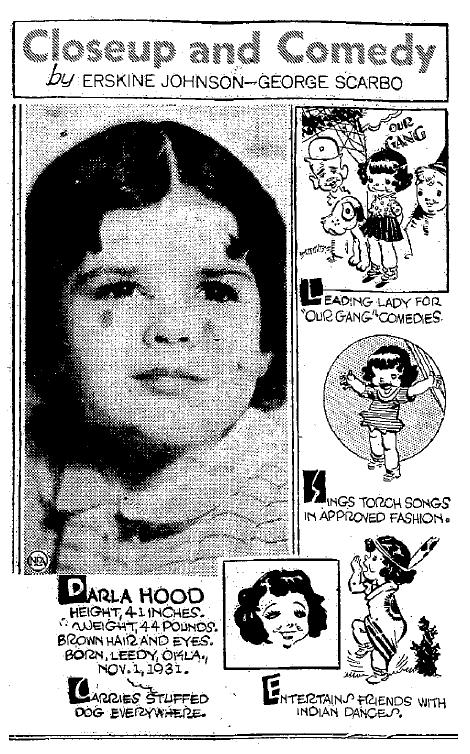 Darla Hood was one of the Our Gang kids. 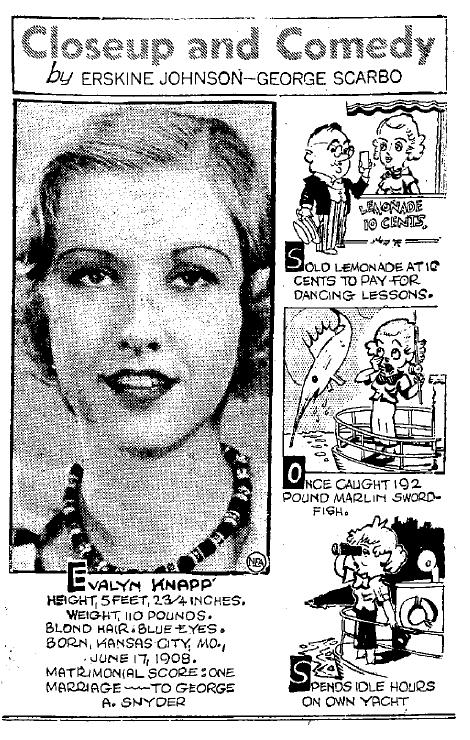 Evalyn Knapp was the star of AIR HOSTESS. 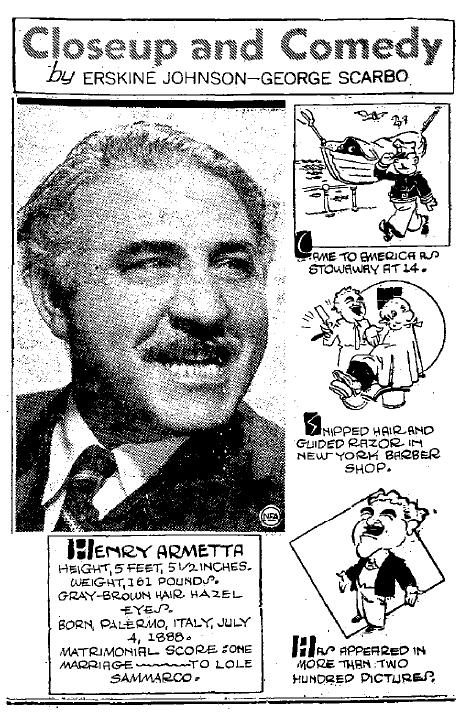 Henry Armetta knew Thelma Todd and worked with her in the movies. He was in Indianapolis when he learned of her death, as I recall. 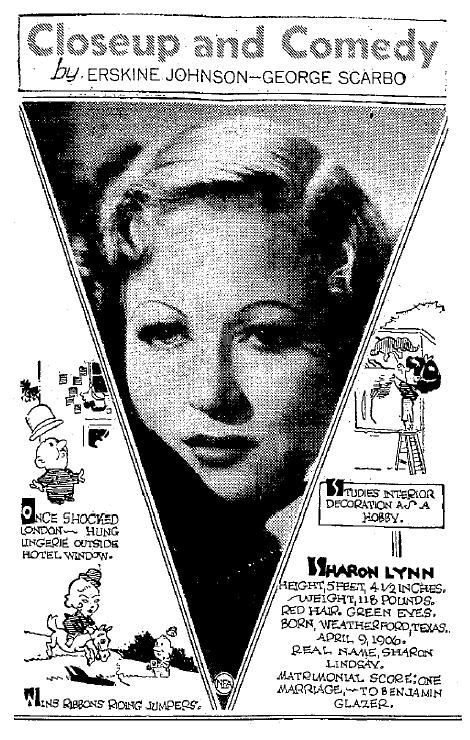 Sharon Lynn was in WAY OUT WEST with Laurel and Hardy. She was the bad girl who schemed to get the inheritance that rightfully belonged to Rosina Lawrence. 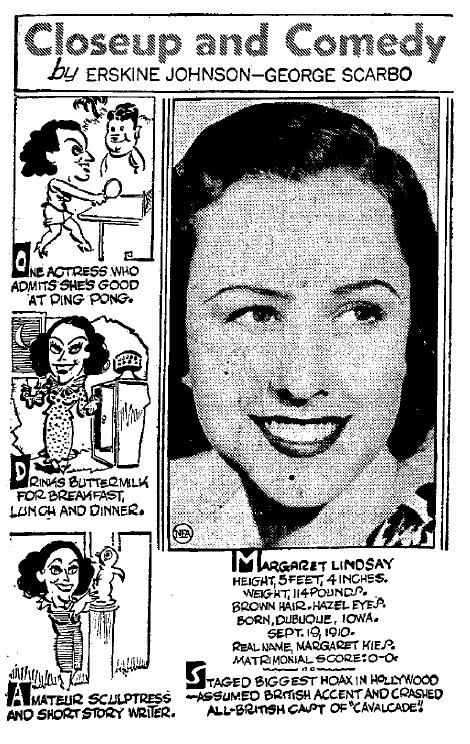 Margaret Lindsay was one of the women that Pat DiCicco was involved with. 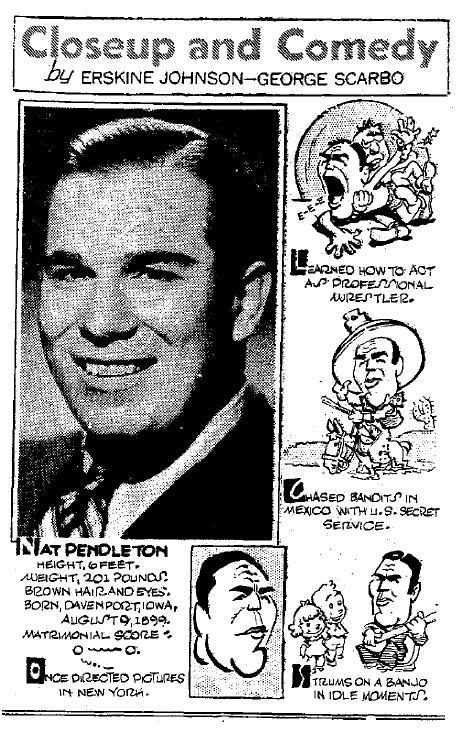 Nat Pendleton was in the movie DECEPTION with Thelma Todd. 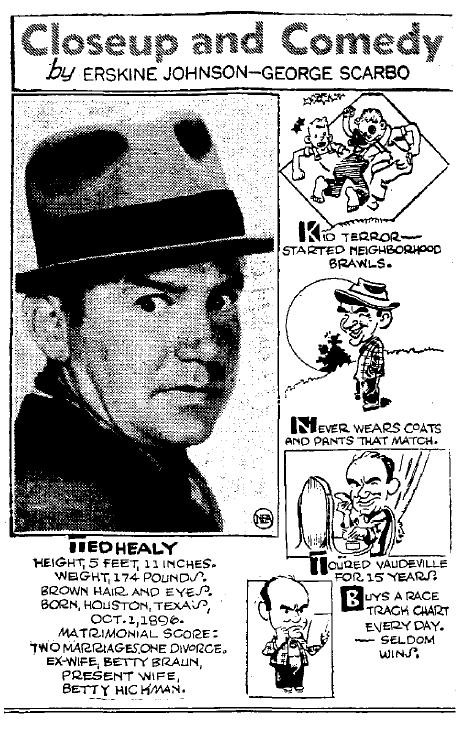 Ted Healy slapped people around for a living. He didn't always get away with it in real life. 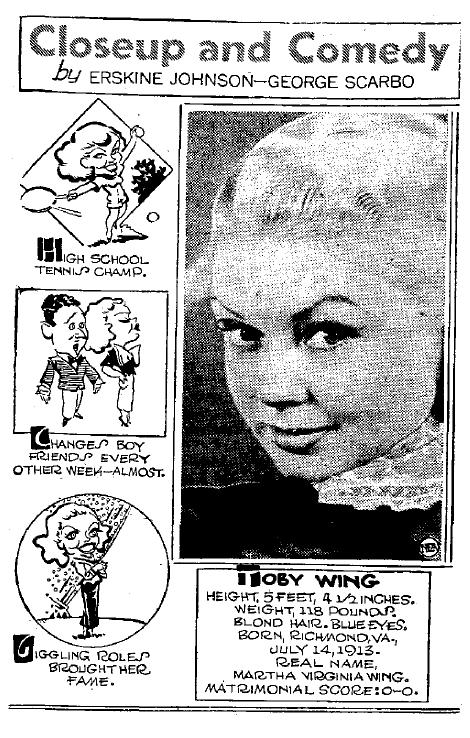 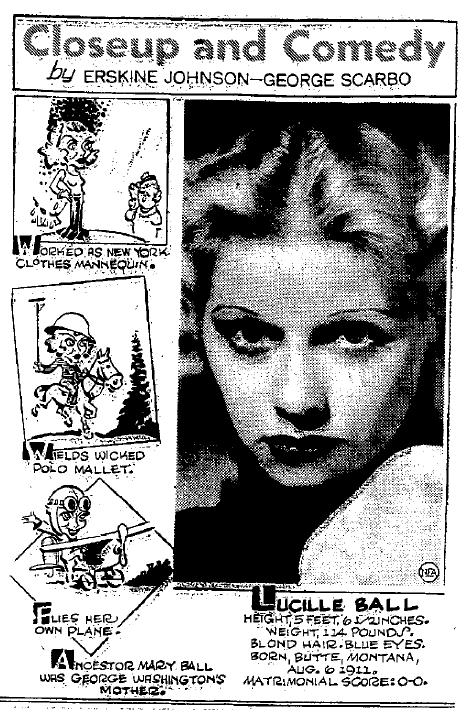 Early in her career Lucille Ball dated Pat DiCicco and worked with the Three Stooges. 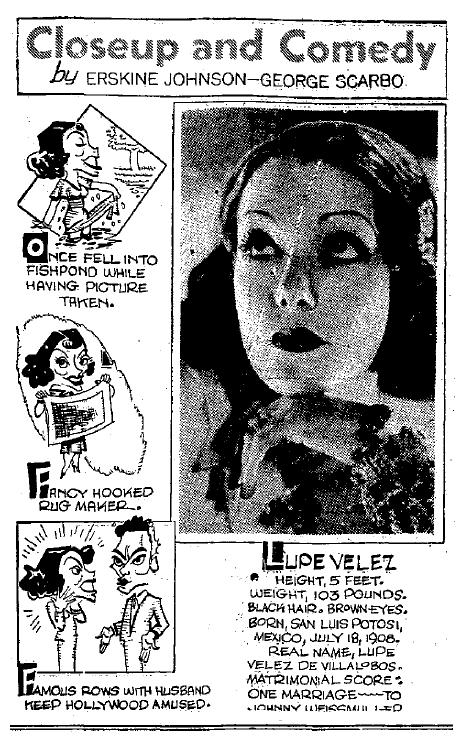 Lupe Velez used to be married to Johnny Weissmuller. 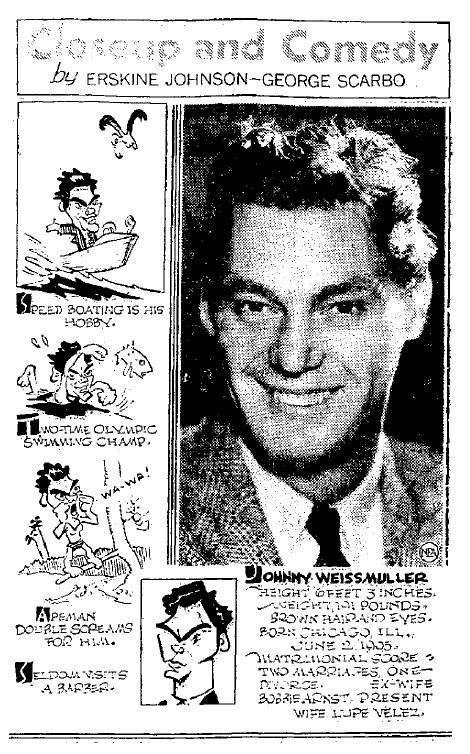 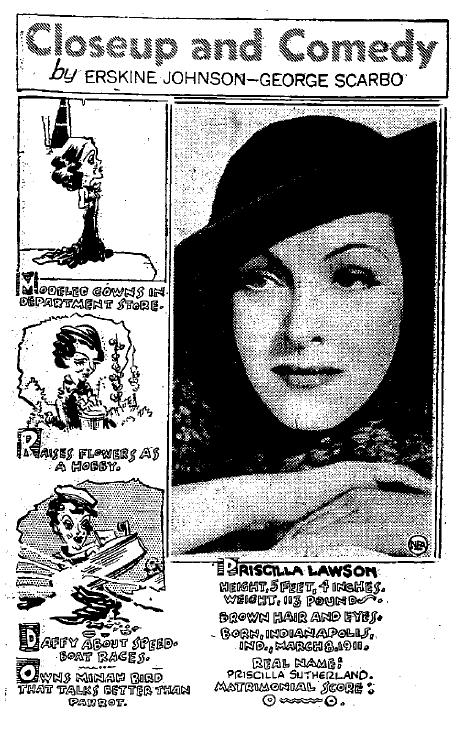 Priscilla Lawson was in MY MAN GODFREY with Carole Lombard, but what everyone remembers her for today was playing Ming's daughter in the first Flash Gordon serial. 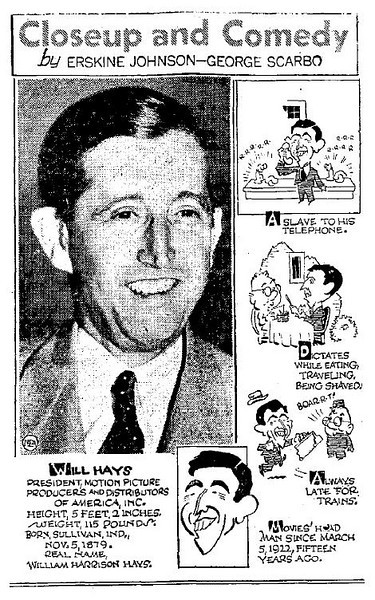 Will Hays was made a censor in response to complaints about pre-code movies.