Michael Williams is the owner of a cabin that used to belong to the family of Thelma Todd, this cabin was mentioned in Donati's book. Michael also has a scrapbook that was left in the cabin with pictures of some of Thelma Todd's relatives. Here are some of the pages and pictures from the scrapbook, along with some of his comments.

Reblogged from the Thelma Todd Club at groups.yahoo.com/group/thelmatoddclub/


"Todd Family Cabin As It Once Was
When Phil Fluet visited us he gave us some pics of the cottage before he remodeled it. So that is what it looked like when Thelma was here. The green building was a two seater outhouse. We do have modern indoor plumbing today . The outhouse is long gone.Best wishes Michael Williams" 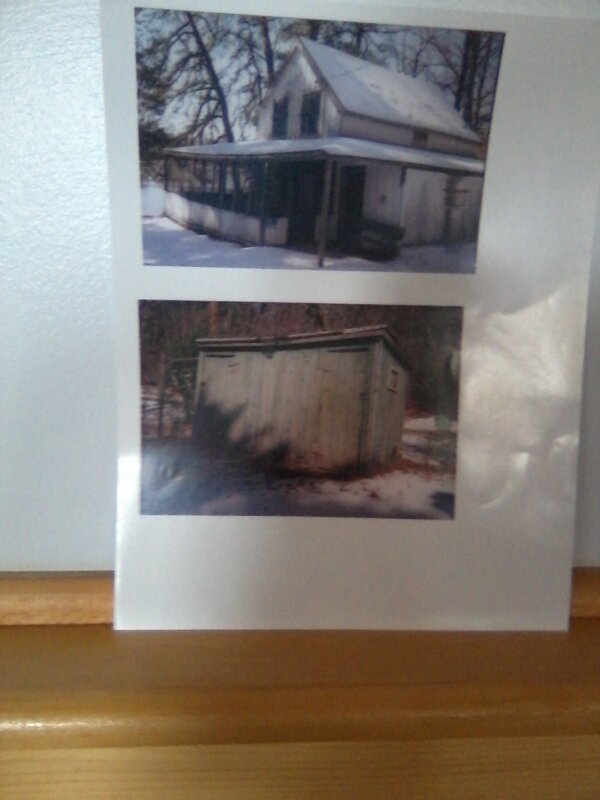 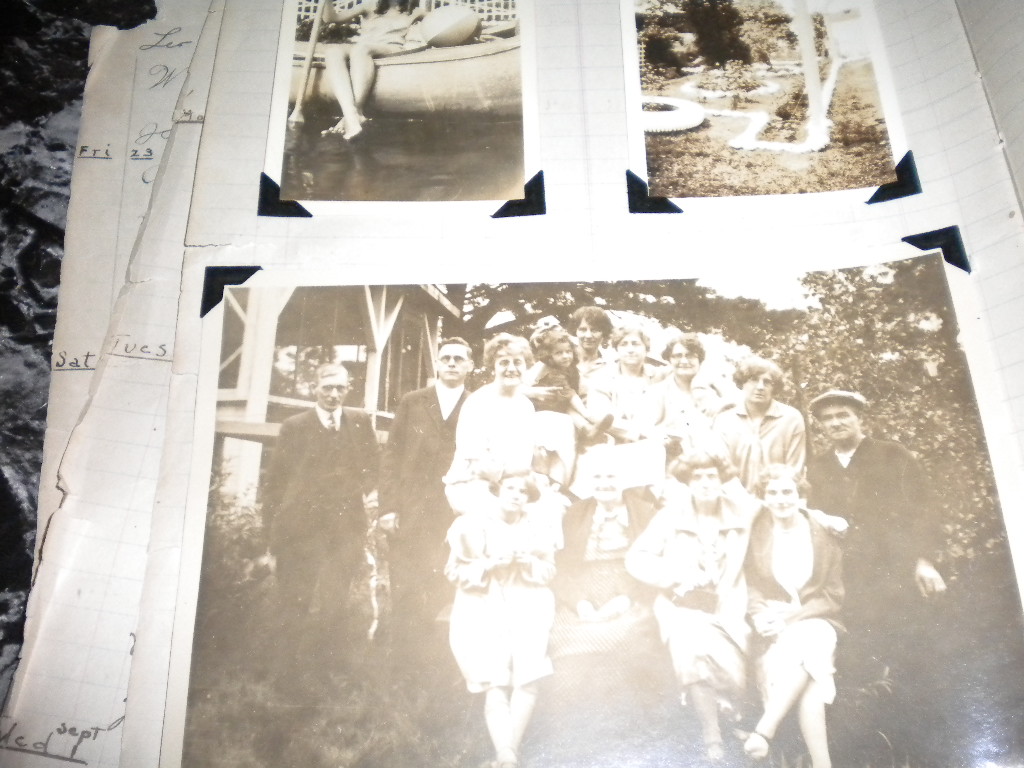 Michael Williams: Another pic from the lake house book. Looks like a family pic of Thelma's aunts and uncles The old woman seated in the middle is Thelma's grandmother Eliza. The little girl being held is Shirley Raymond. This must be somewhere in the late 20s 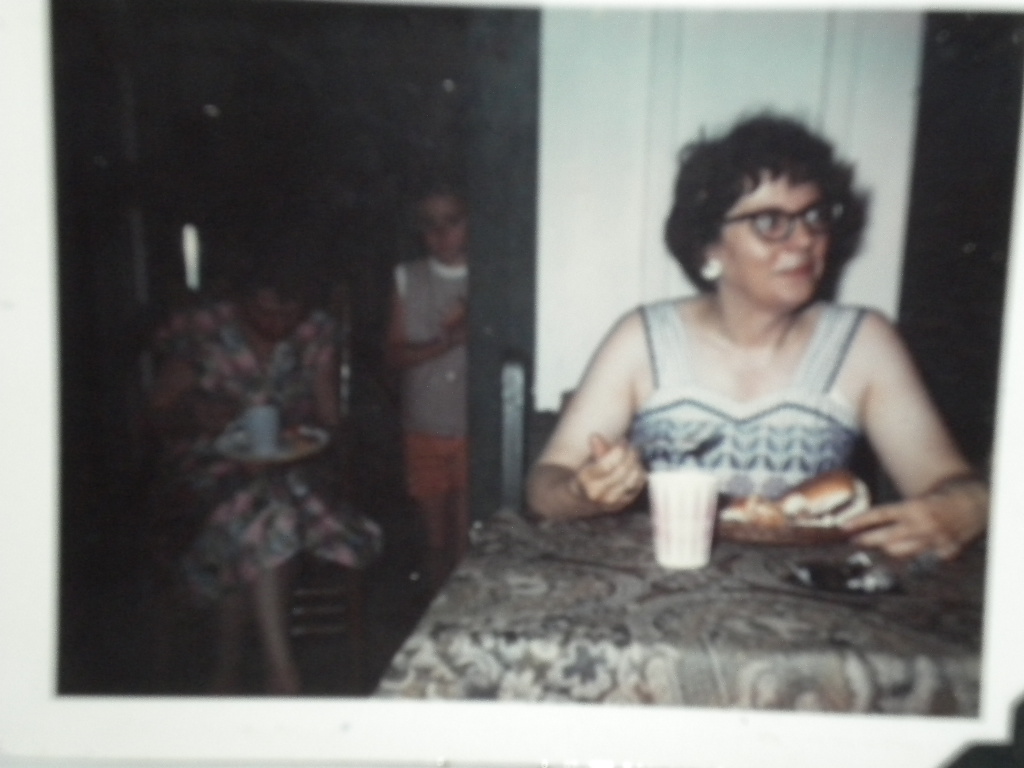 Shirley Raymond in the canoe 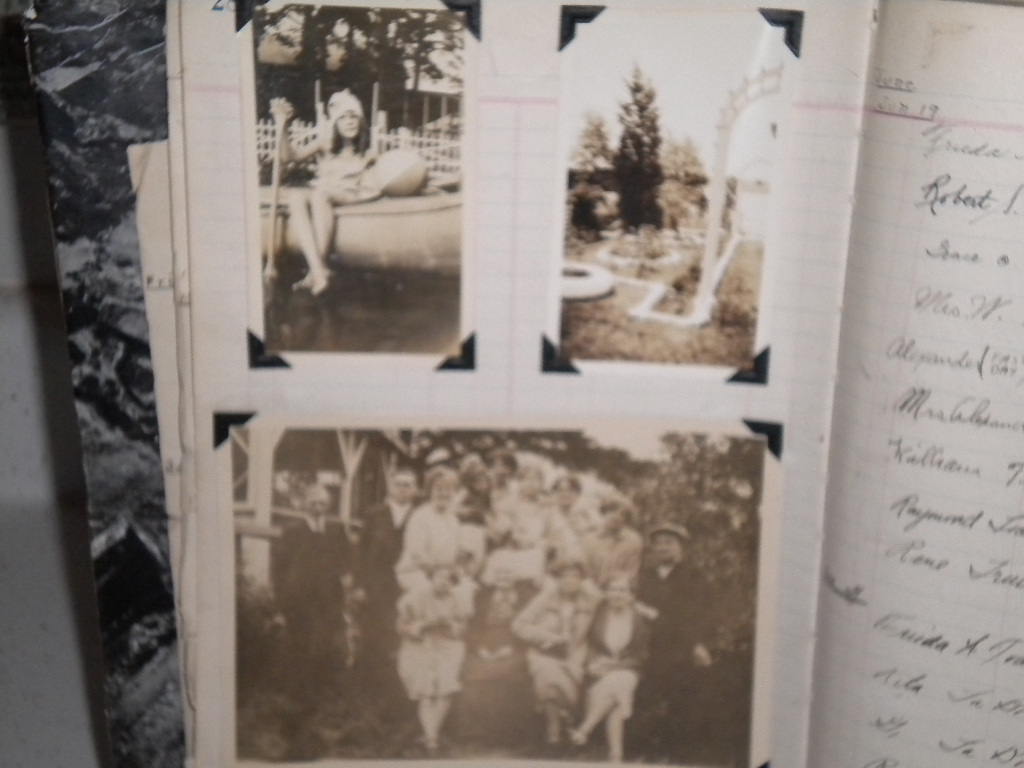 Signature of Mrs. Alice Todd, who was Thelma Todd's mother. 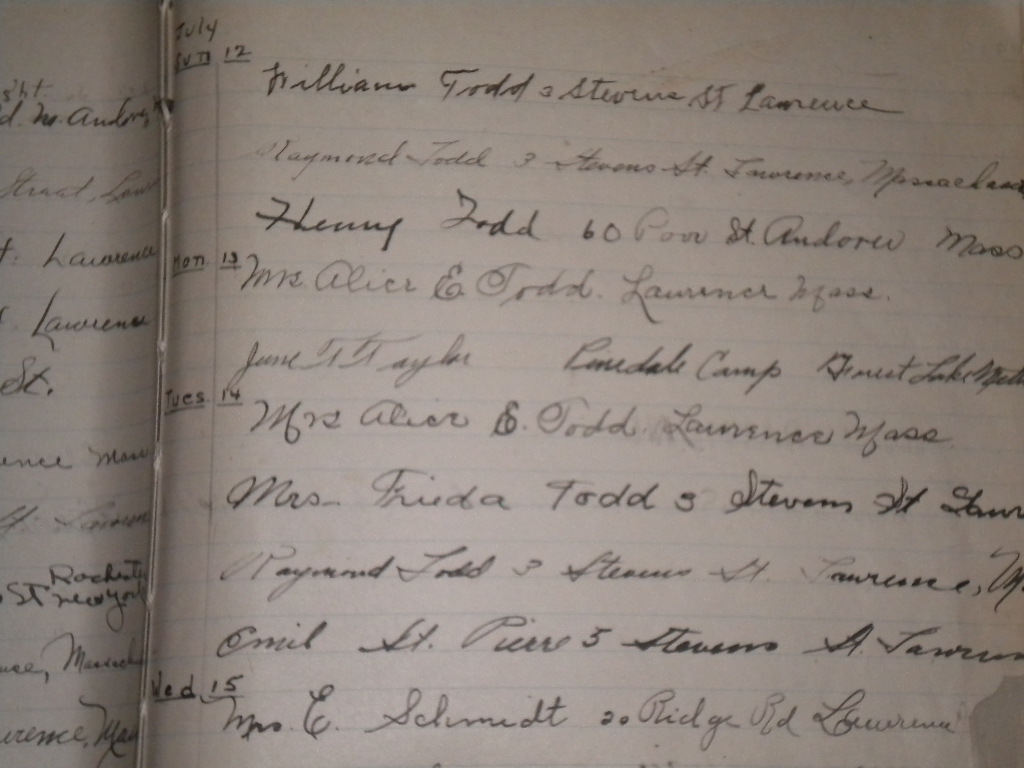 Another signature of Mrs. Alice Todd. 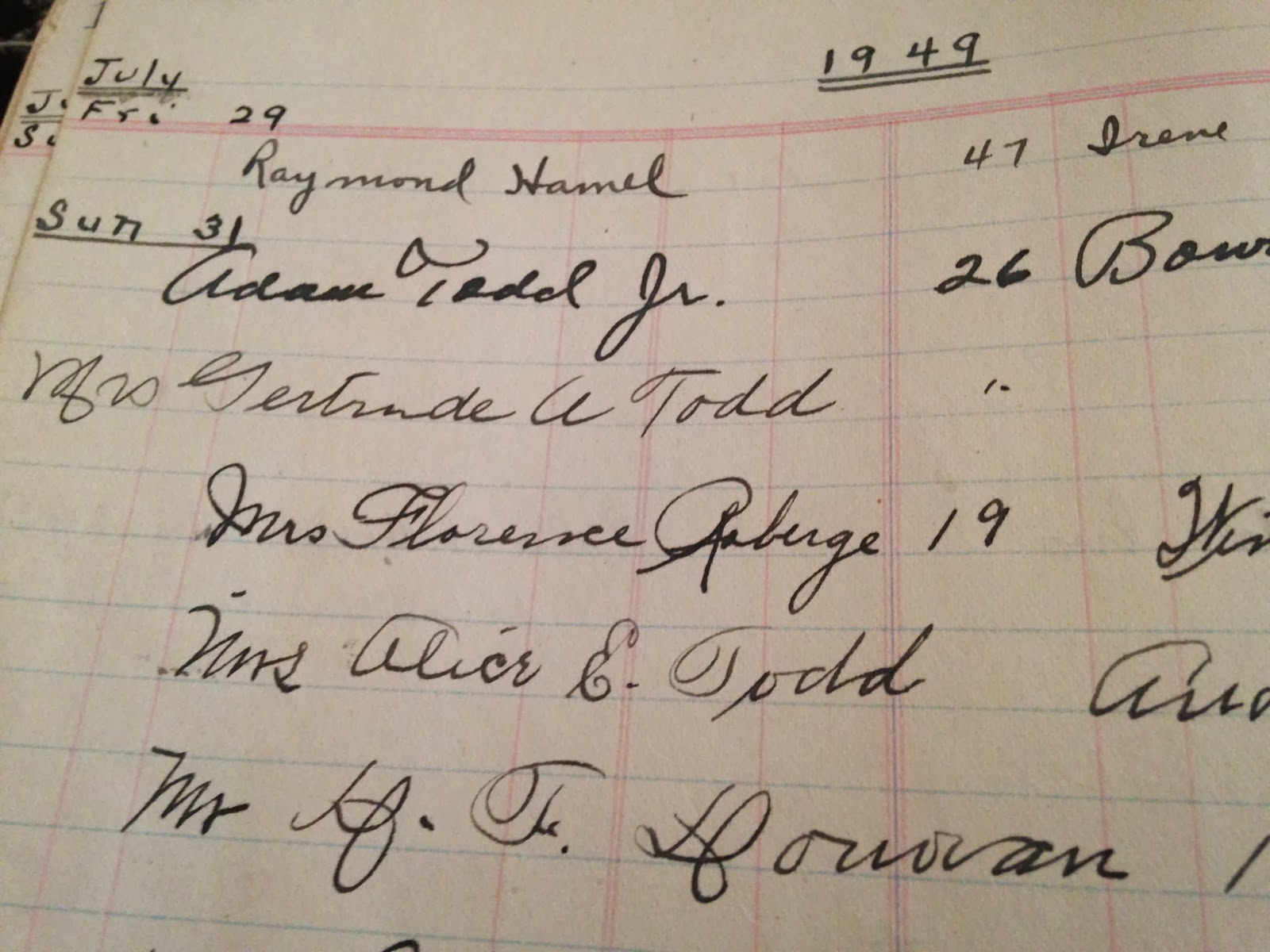 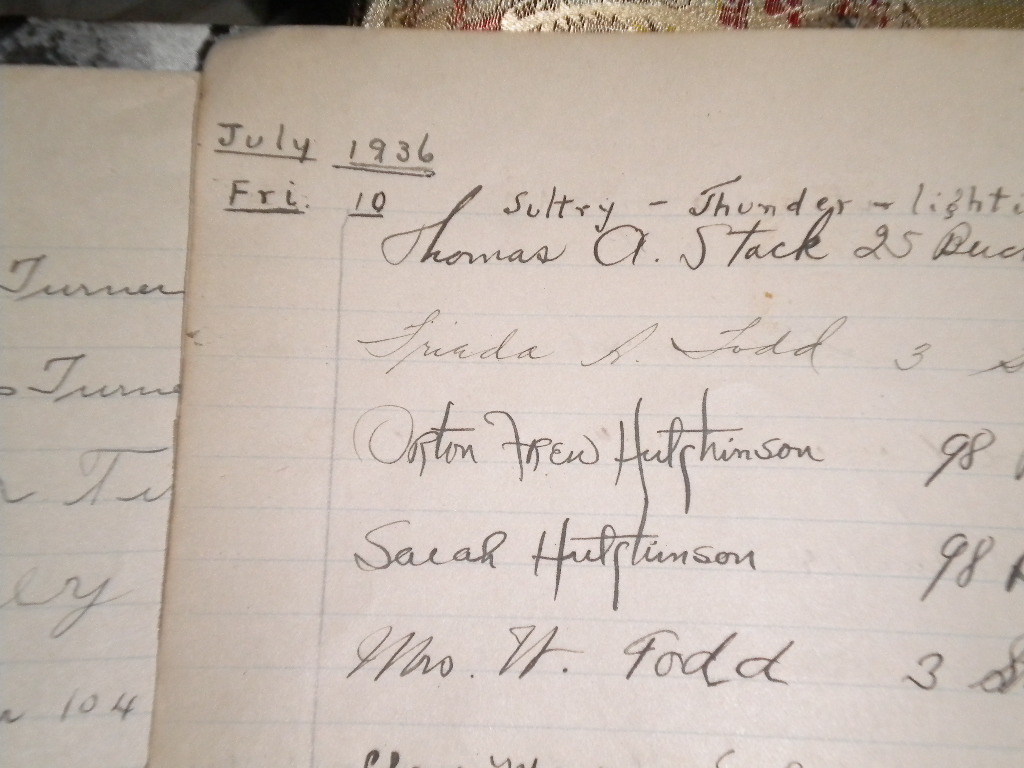 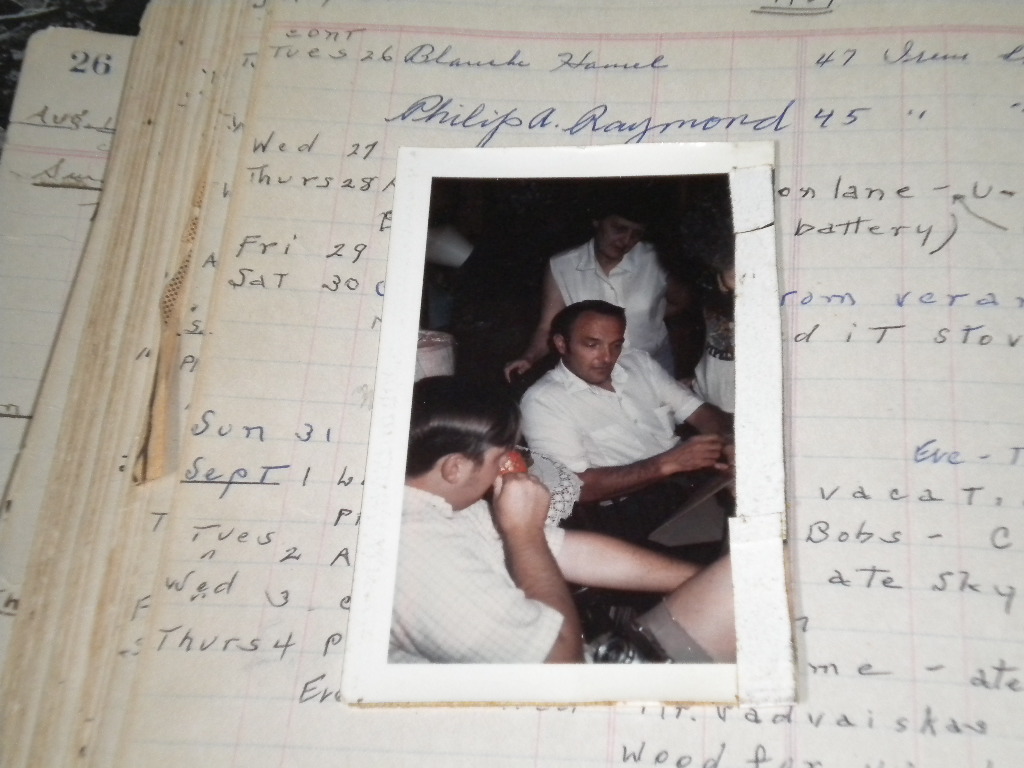 Shirley Raymond and her Todd cousins. 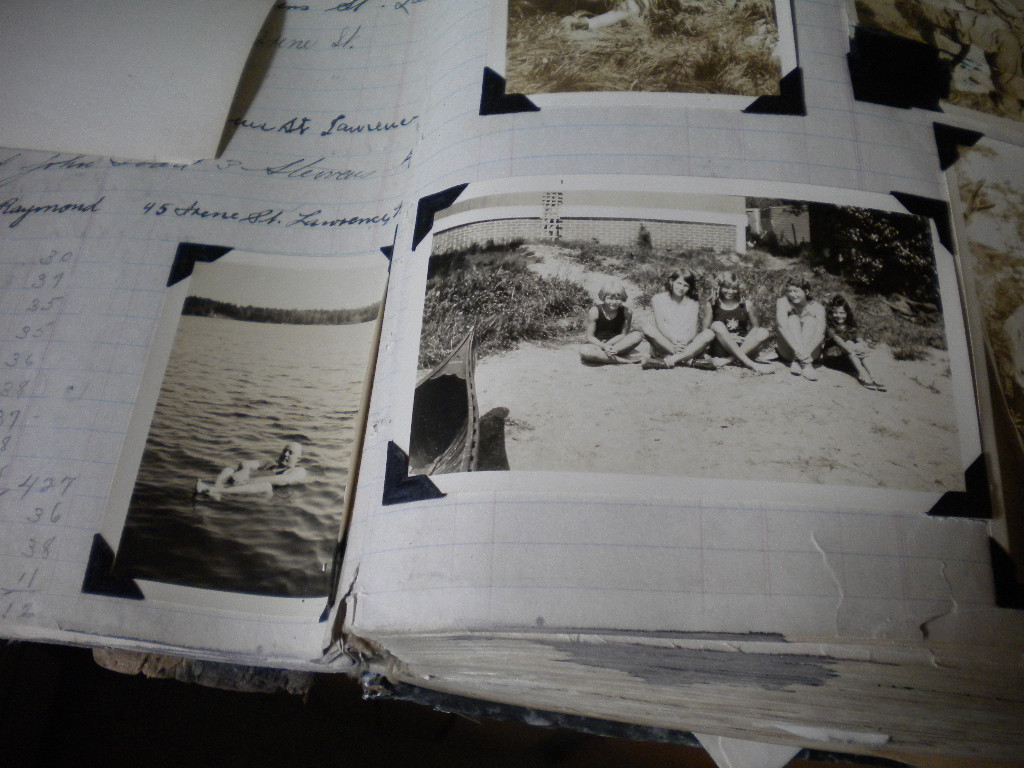 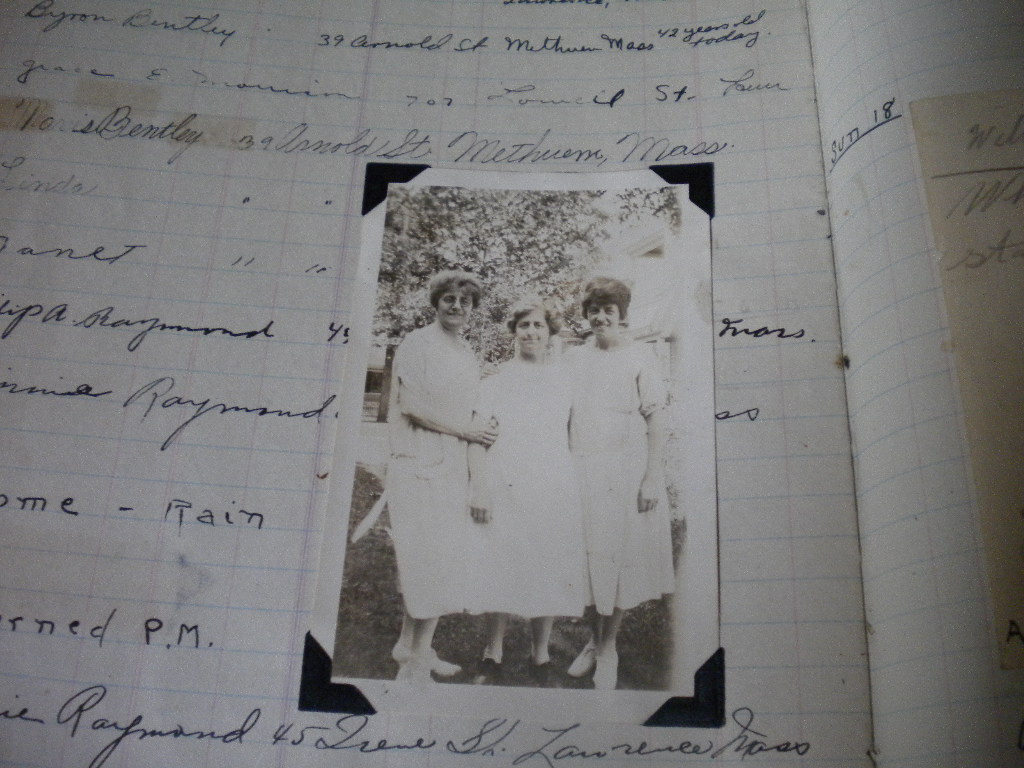 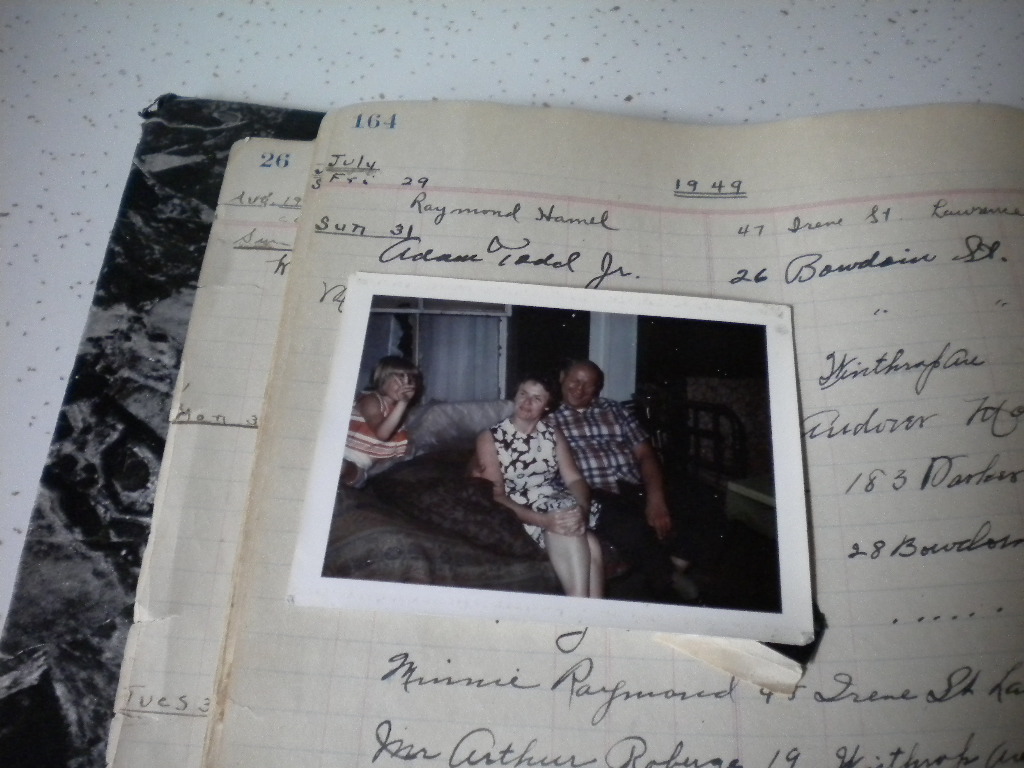 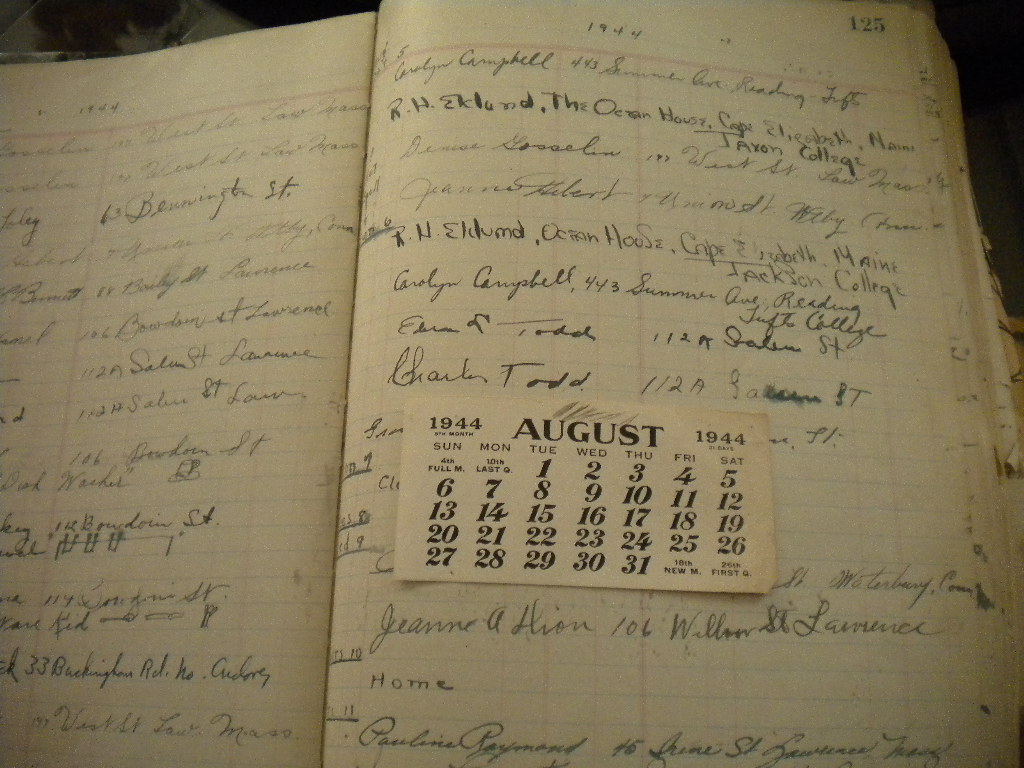 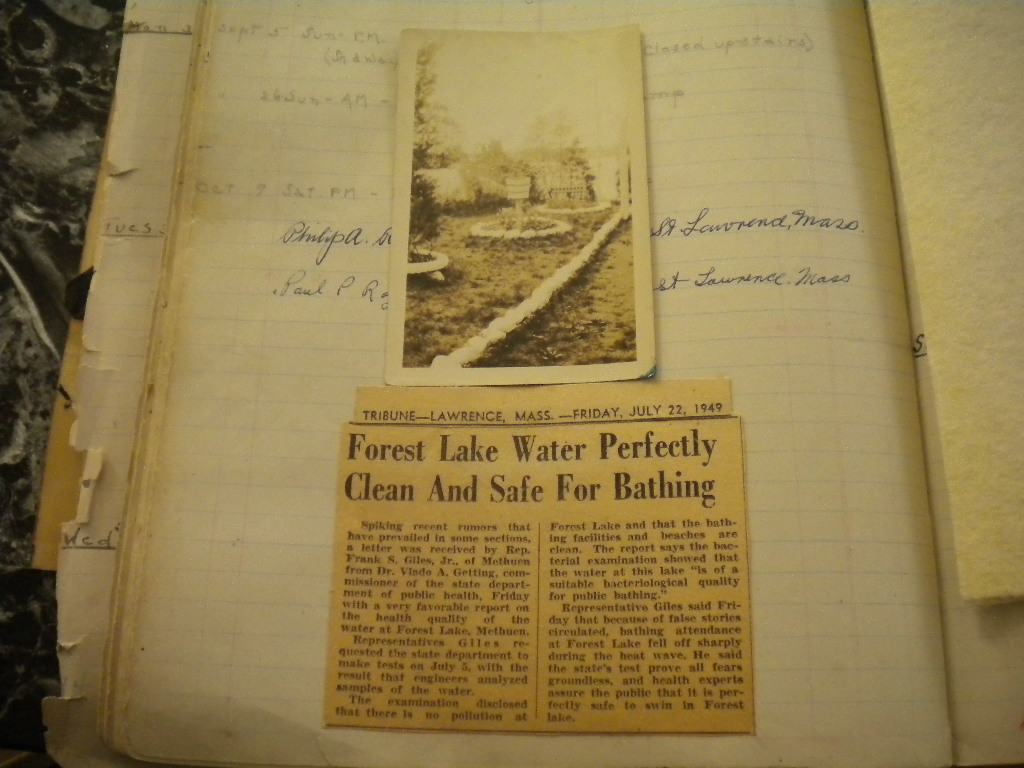 "The pic on the right is dated 1939 and it is of Shirley Raymond at age 16 doing something on the boat dock with Frieda Todd. Now the two pics on the left have to be much earlier cause I recognize Shirley in the center, she looks to be about 10. That would date the pics around 1933. The girl on the far right is of Edna Todd she and her brother Bill are the ones that helped Bill Donati with his book. He dedicated his book to them. The little blonde girl on the far left is of Thelma Todd the second" 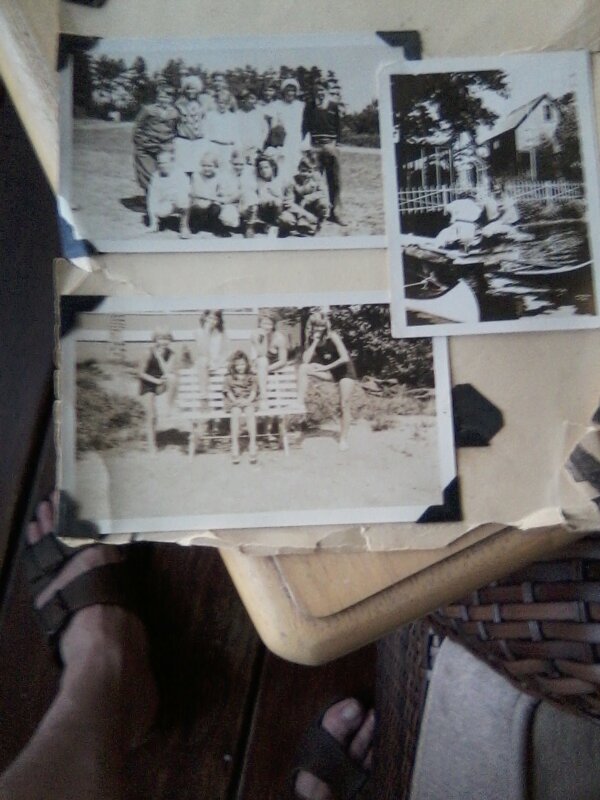 A closer view of two of the pictures above. 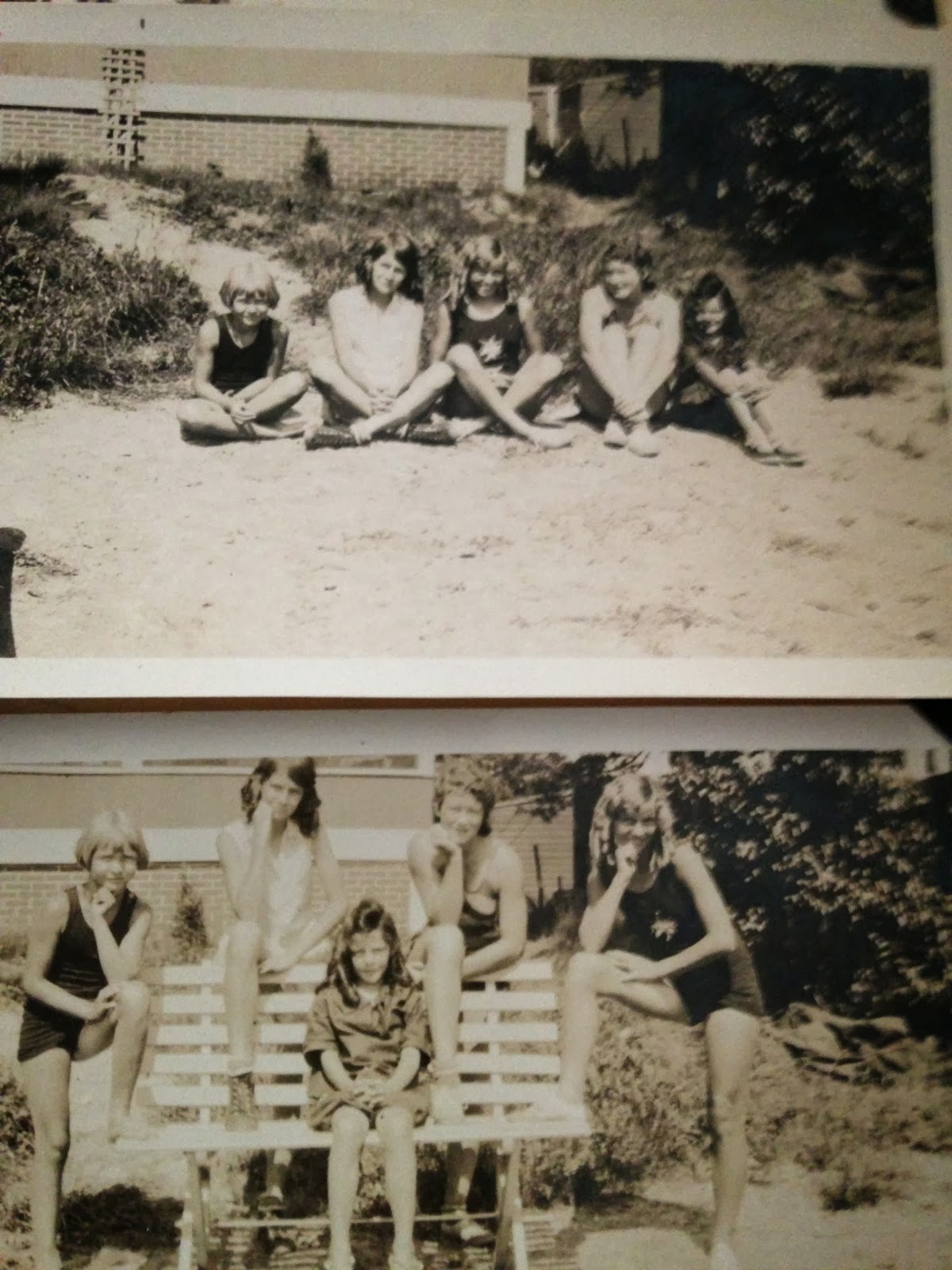 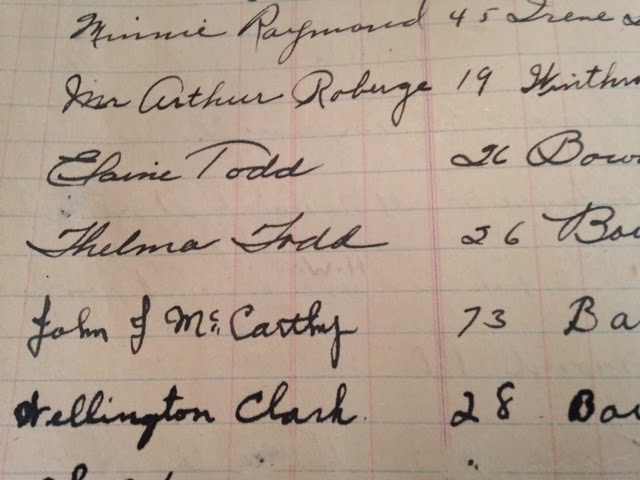 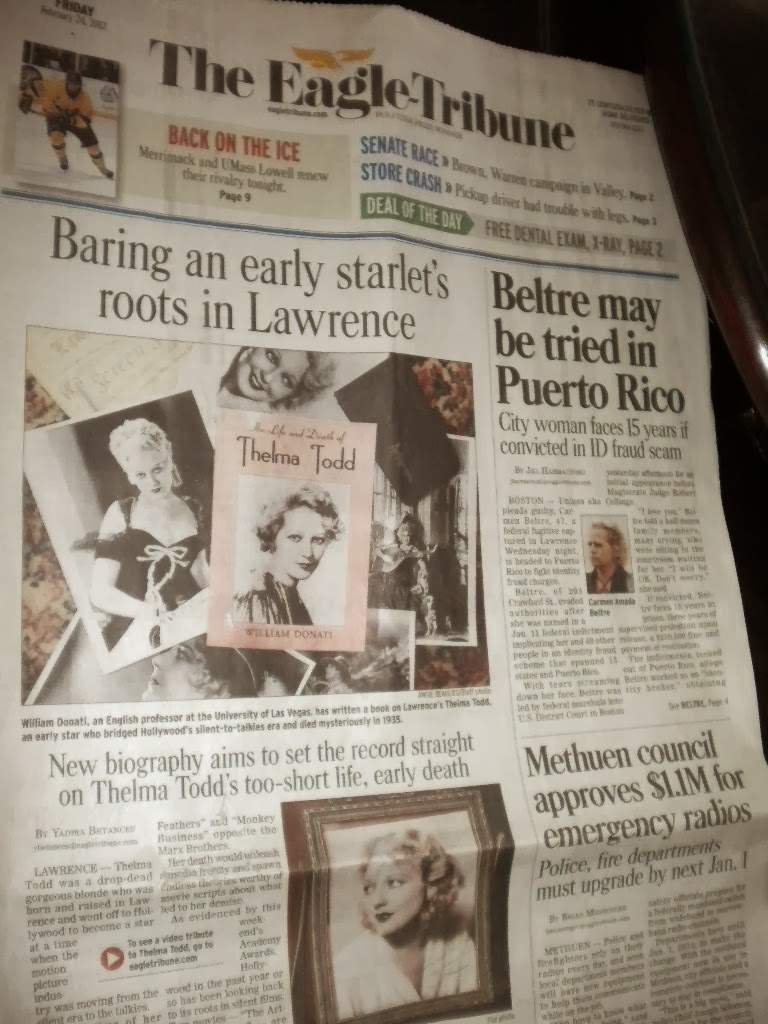 And finally, here is a picture of the "other" Thelma Todd that was published in a Lawrence newspaper in 1935. 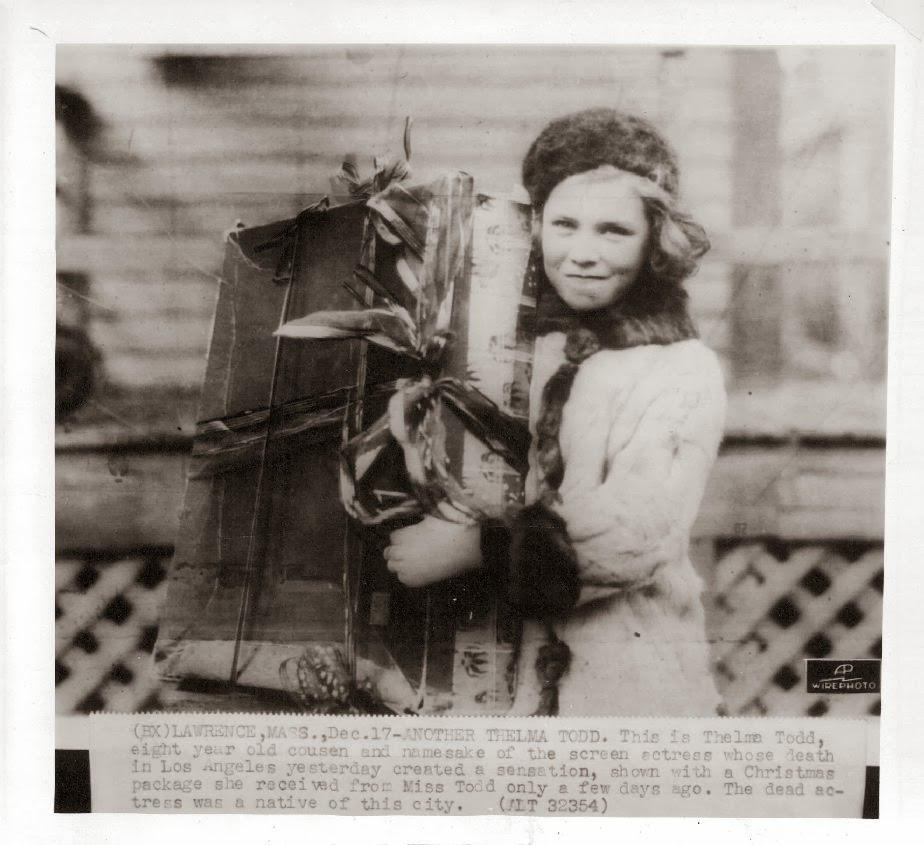