Most of the old publicity photos were shot in black and white on negative film. Prints were made from the original negative. This is all pretty basic, but a copy of a positive and negative of a Thelma Todd picture turned up, so I thought I'd put them on the blog.

Here we have a positive of Thelma Todd: 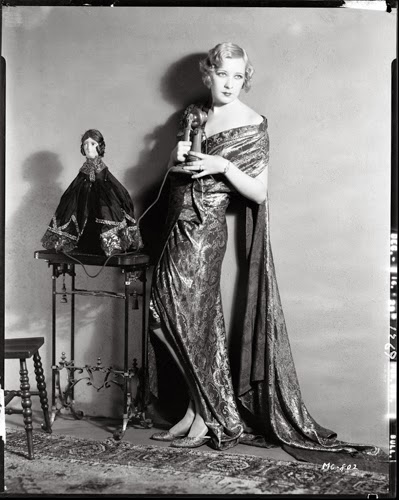 And here we have the negative, from which the photo was made. 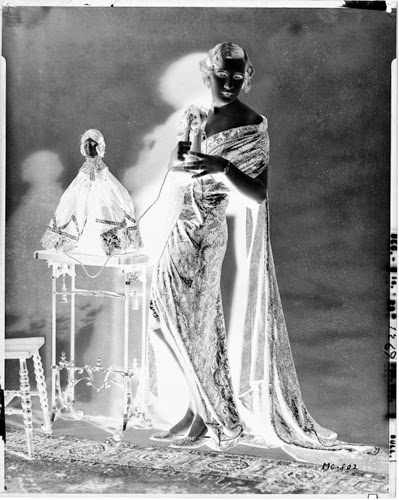 This looks like sheet film to me. Most of the old publicity photos used to be shot with large format cameras, which usually used sheet film.