On Memorial Day we honor our dead from past wars.

A Memorial Day poster from the era of the first World War. 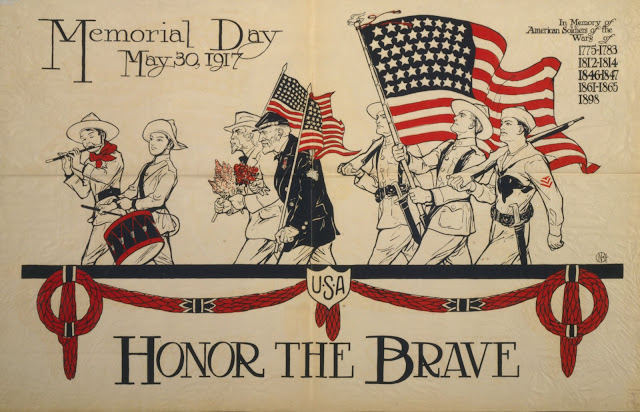 Memorial Day Postcards
Reblogged from http://clickamericana.com/eras/1900s/vintage-memorial-day-postcards
“May thy sweet blossom never cease to bloom in love and trust and peace.” 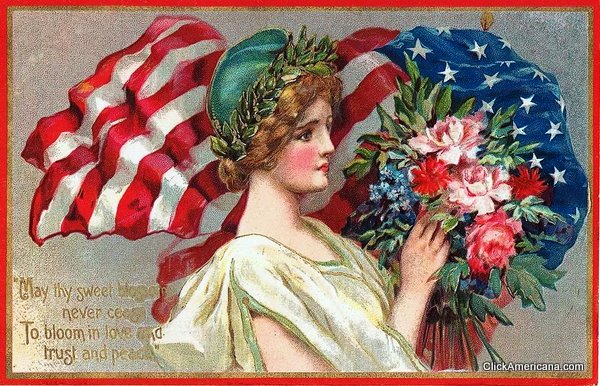 “Strew the fair garlands where slumber the dead.” 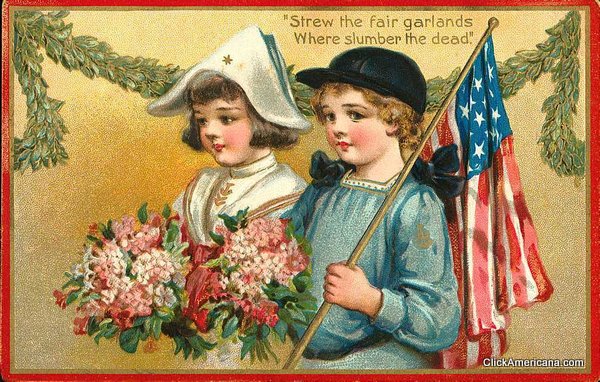 “Nor shall their story be forgot” 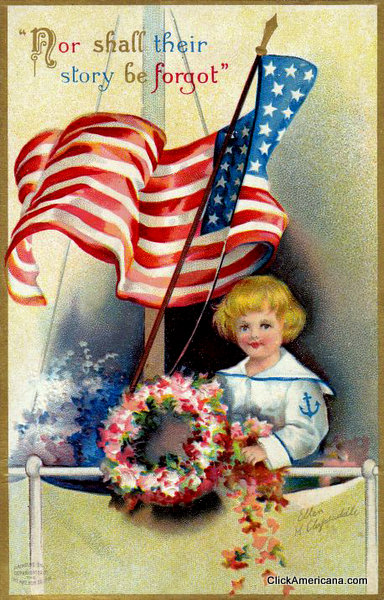 “Wherever it floats, on land or sea, no stain its honor mars.” 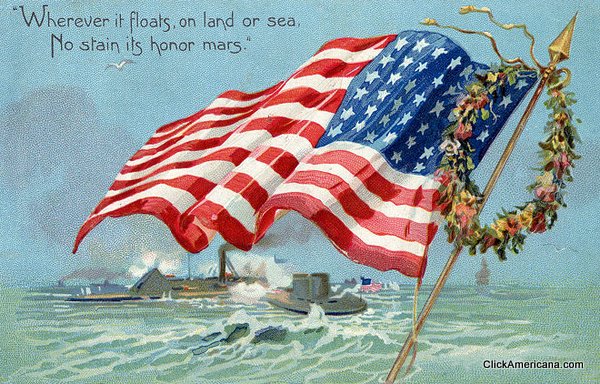 The Civil War ironclad "Merrimac", which fought the "Monitor", was named after the Merrimac river in Massachusetts that Thelma Todd knew.
GLAMOUR HELPS THE WAR EFFORT
History tells us Marlene Dietrich was the glamour girl who spent the most time entertaining the toops during the second World War. Originally from Germany, she entered that country along with the US army in the last part of the war. 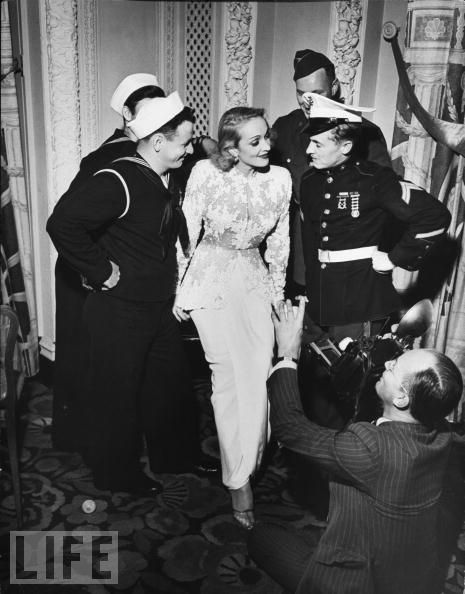 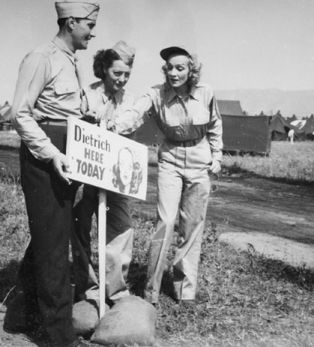 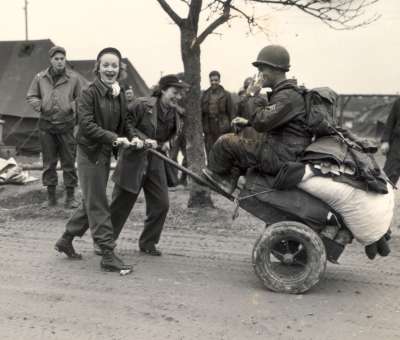 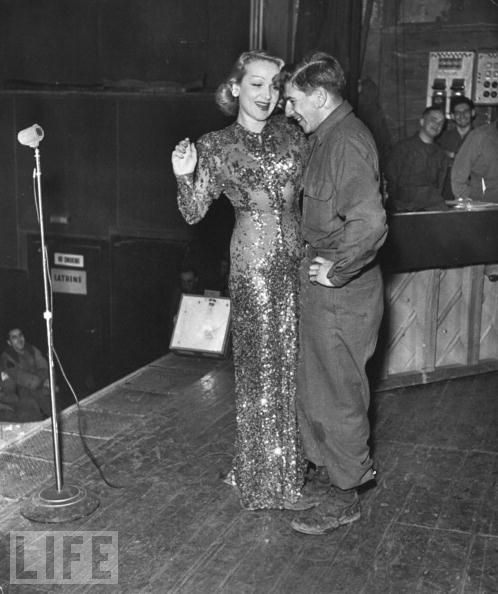 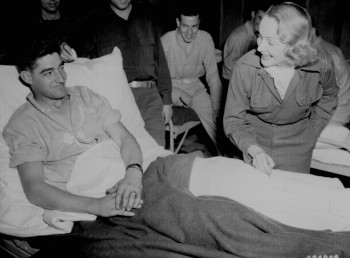 Carole Landis was another of the actresses who spent the most time entertaining the troops during the war. 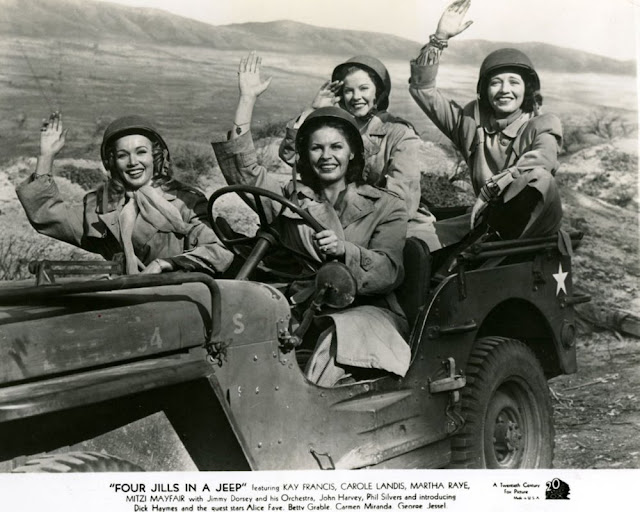 Carole Landis, Kay Francis, and Mitzi Mayfair in North Africa, 1943.
Martha Raye entertains servicemen of the U.S. Army 12th Air Force on a makeshift stage on the edge of the Sahara Desert in North Africa in 1943. 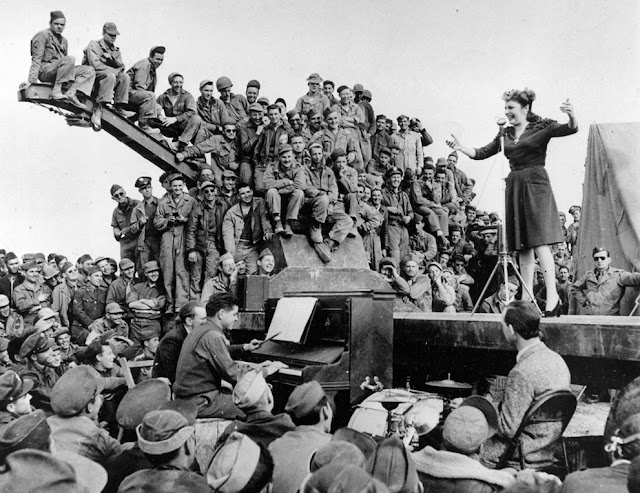 Martha Raye would be another of the glamour girls who spent the most time entertaining the troops during the second World War.
Martha Raye and Carole Landis 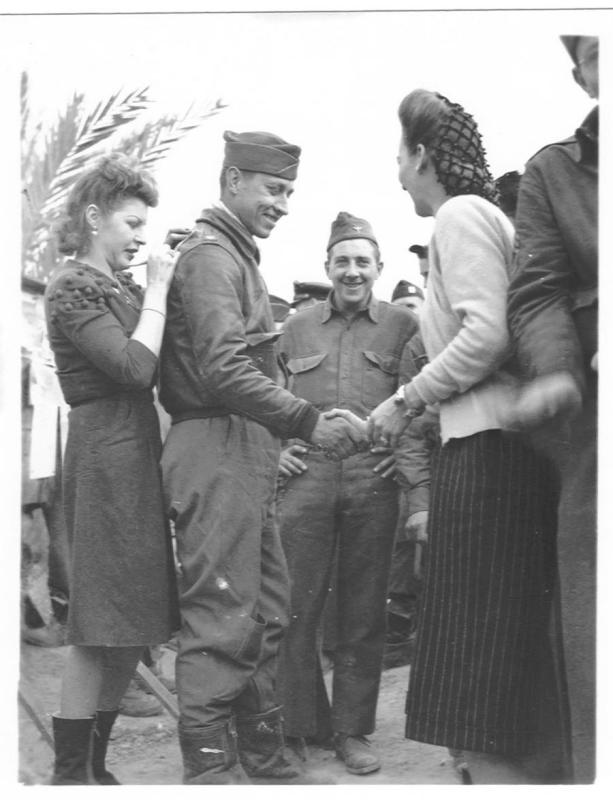 Carole Landis and Jack Benny in the South Pacific, 1944 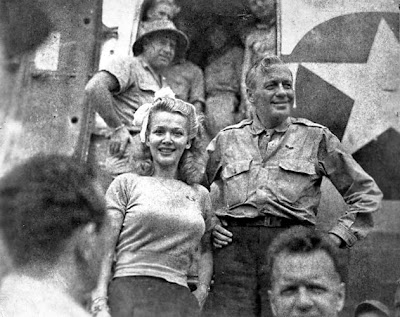 More Jills in a Jeep 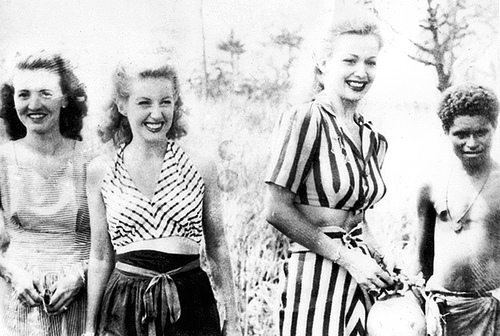 One of the natives is at the right.

Ann Sheridan went to China with a USO group in 1944. A B-25 was specially decorated for the occasion and Ann Sheridan posed with the aircraft. 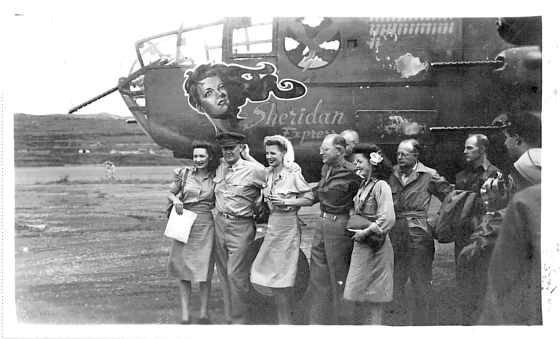 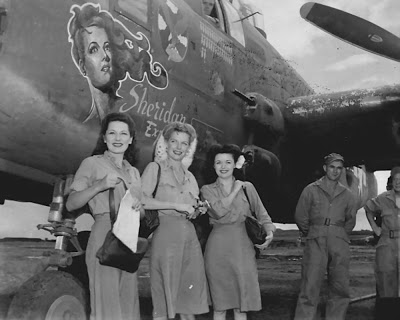 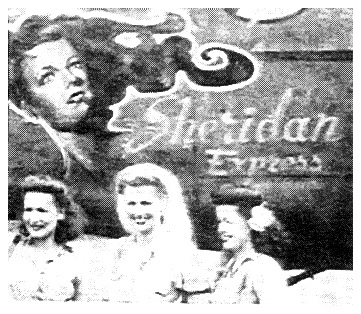 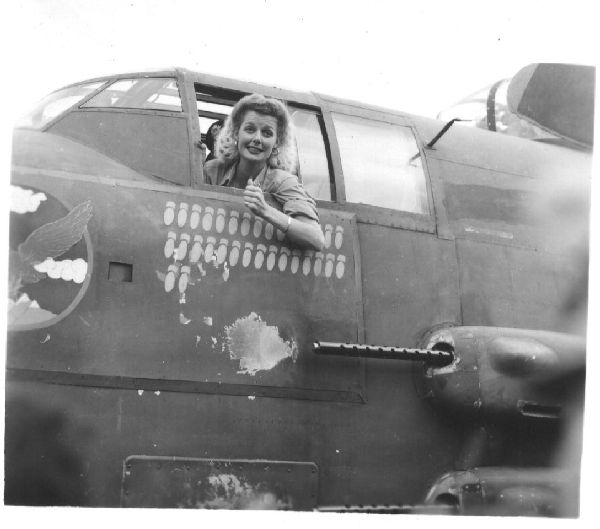 "What does Amelia Arehart got that I ain't got?"


Paulette Goddard also traveled to the China-Burma-India theater of the war to entertain the toops. 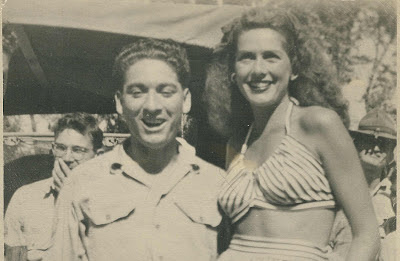 Like Ann Sheridan, she left sooner than originally planned, leading to some complaints. But at least they made some effort to contribute to the war effort. Paulette Goddard's husband Charlie Chaplin made none. 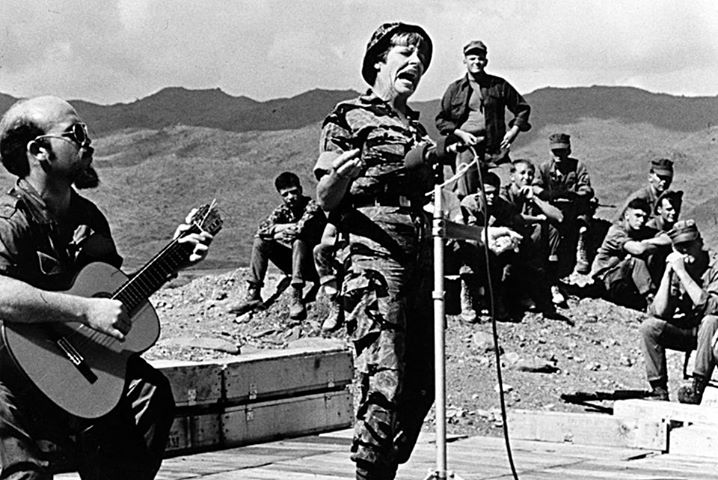 A different war, but the same old Martha Raye.