Here's an article about Pat O'Brien from the March 1936 issue of MOTION PICTURE which mentions Ted Healy as someone Pat O'Brien associated with. This is a little after the death of Thelma Todd, but Pat O'Brien used to know her, and it looks like he knew Ted Healy, too. Just thought I'd put that in after the other stuff I'd put on the blog about Ted Healy. 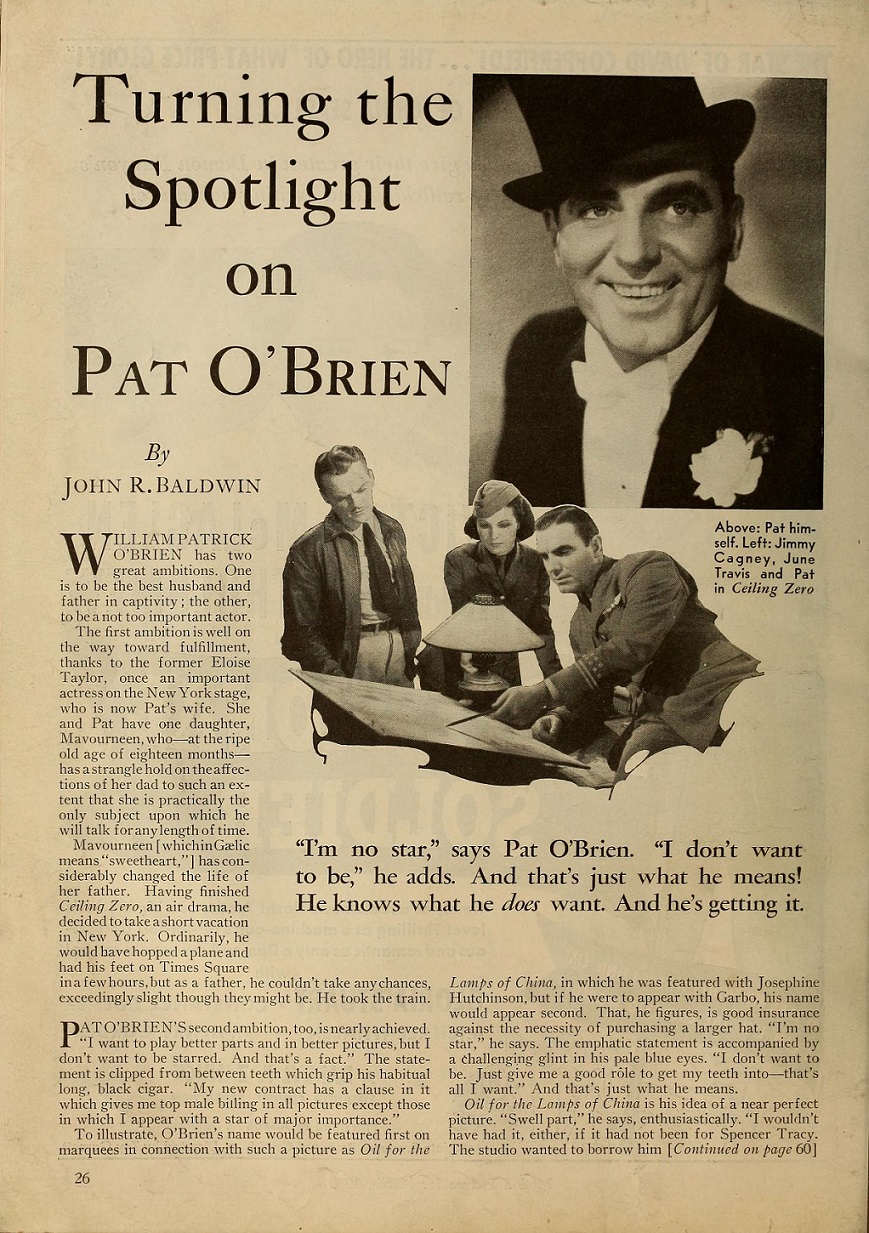 I haven't seen CEILING ZERO, but I like June Travis. 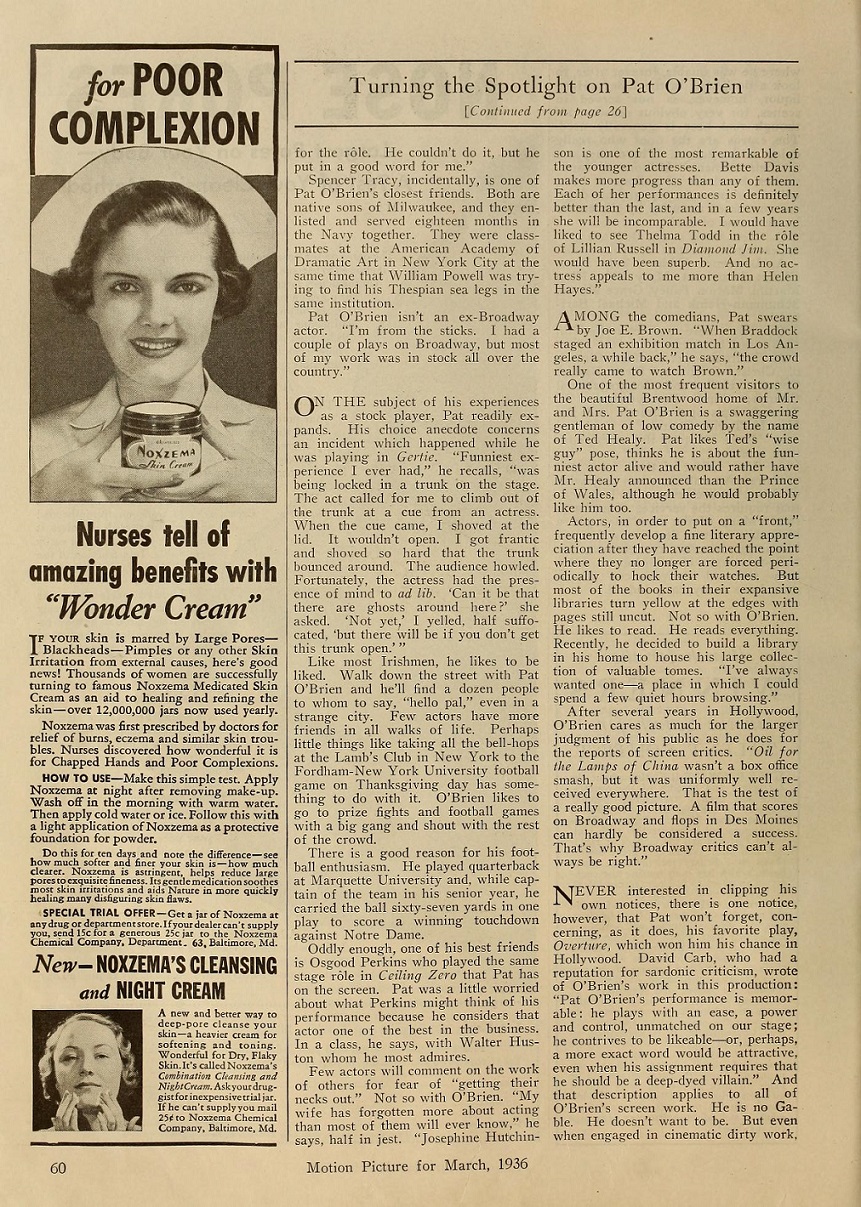 DIAMOND JIM was a movie where Binnie Barnes played Lillian Russell. It was a recent movie at the time this magazine was published. 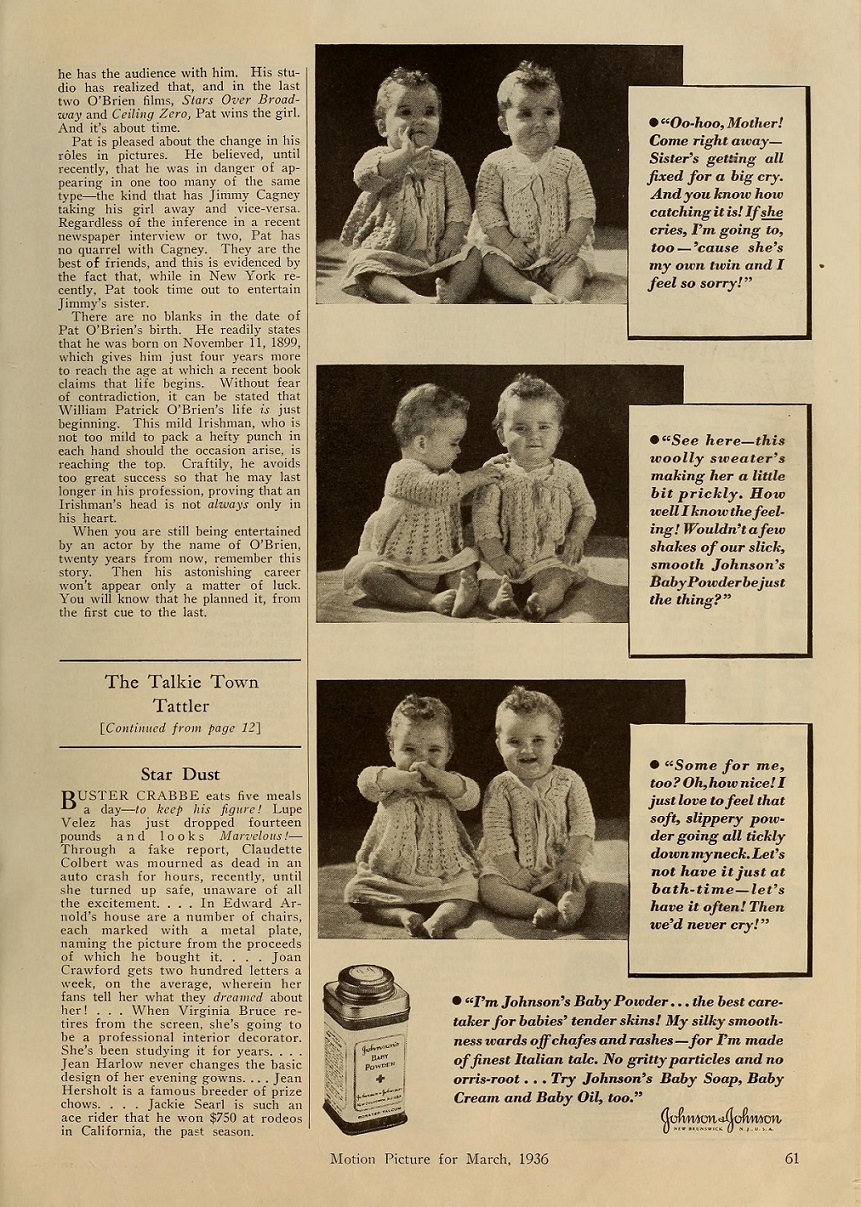 It wasn't the first time that Thelma Todd had been compared to Lillian Russell in this magazine. The September 1935 issue had done that, too. We take a look at that one next.