MOTION PICTURE interviews Thelma Todd and finds that she has some complaints about some of the goings-on that were going on in Hollywood. 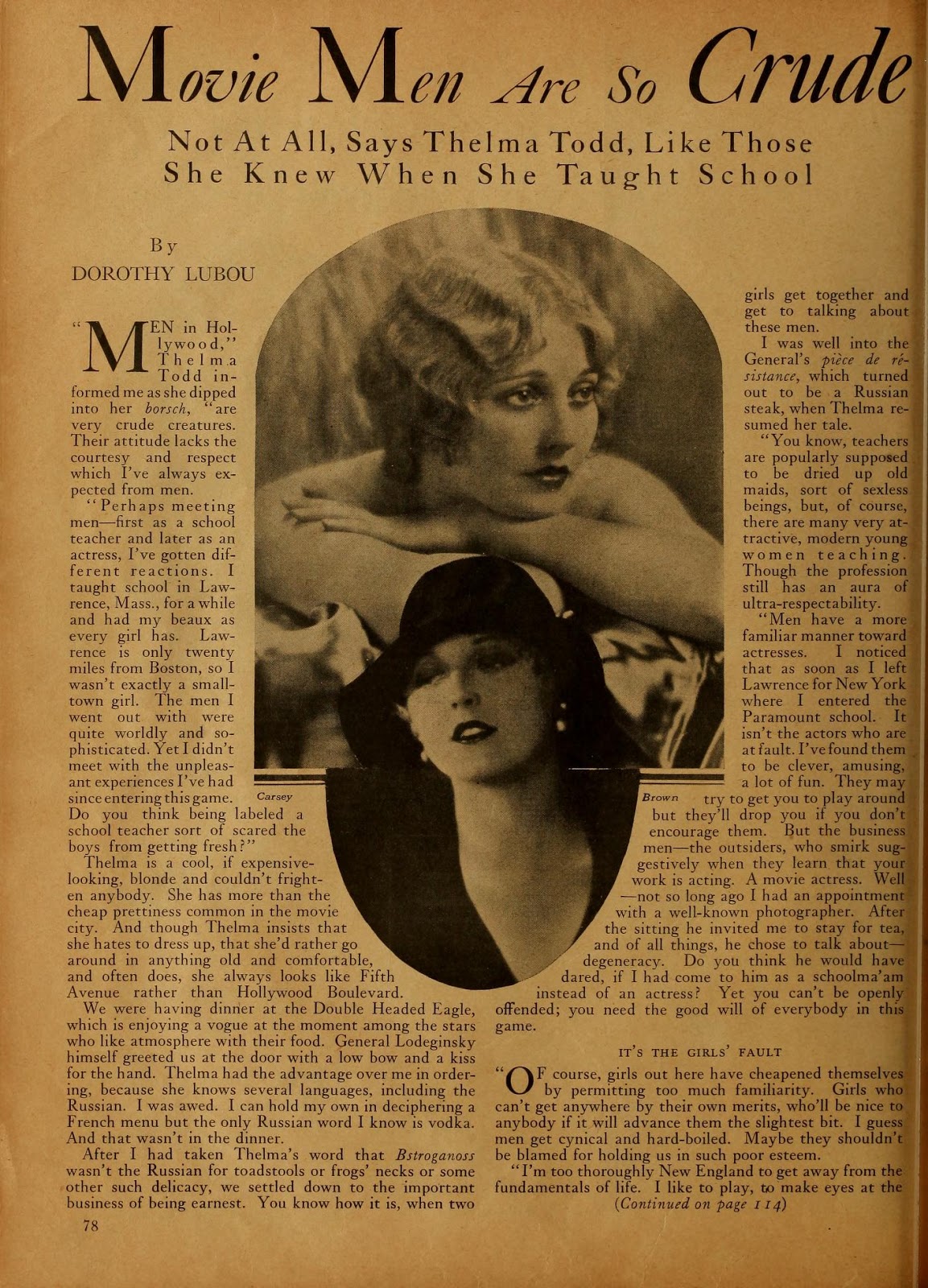 "Degeneracy" refers to sex perversion, something that people thought of as being associated with Hollywood. 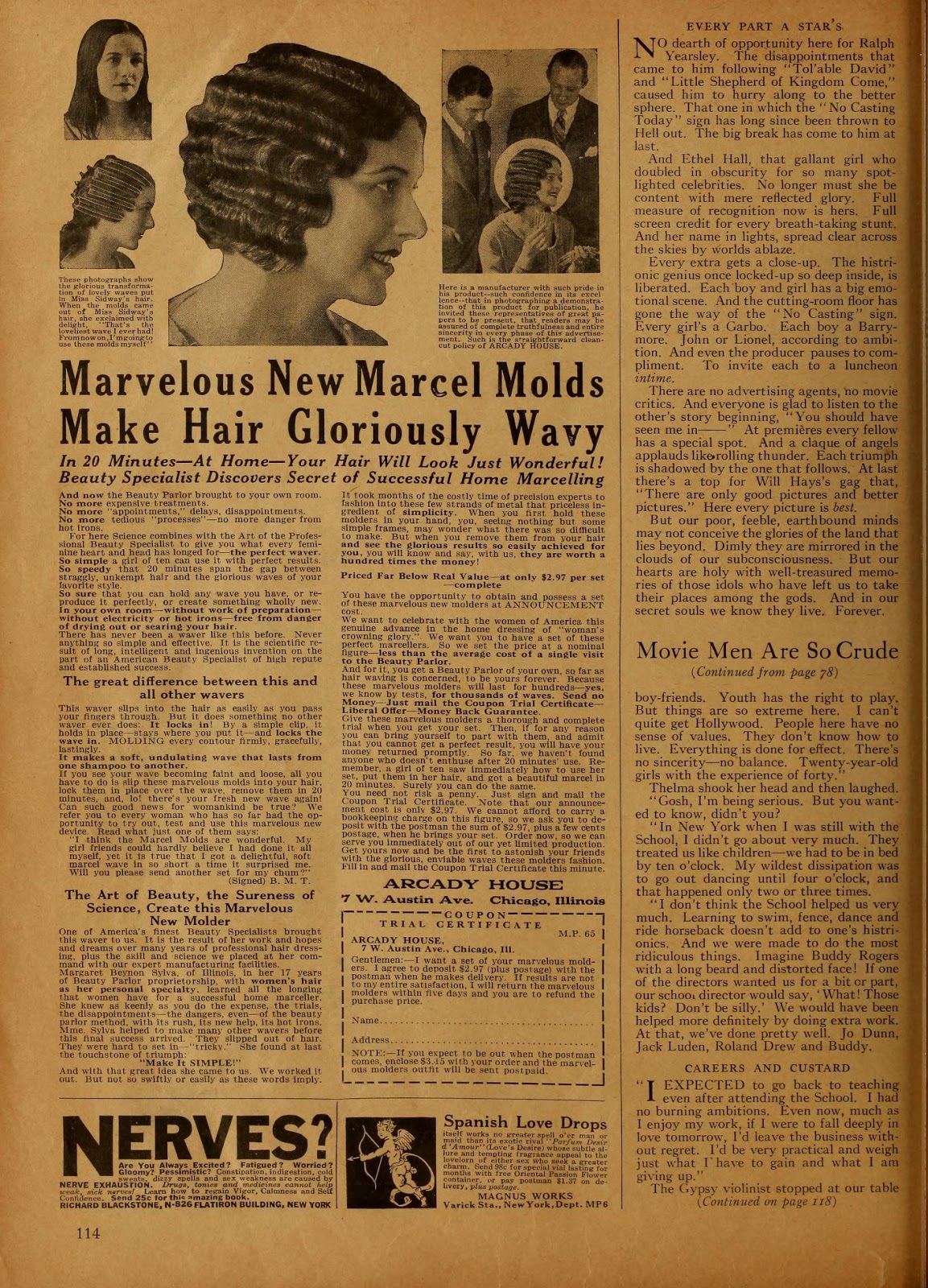 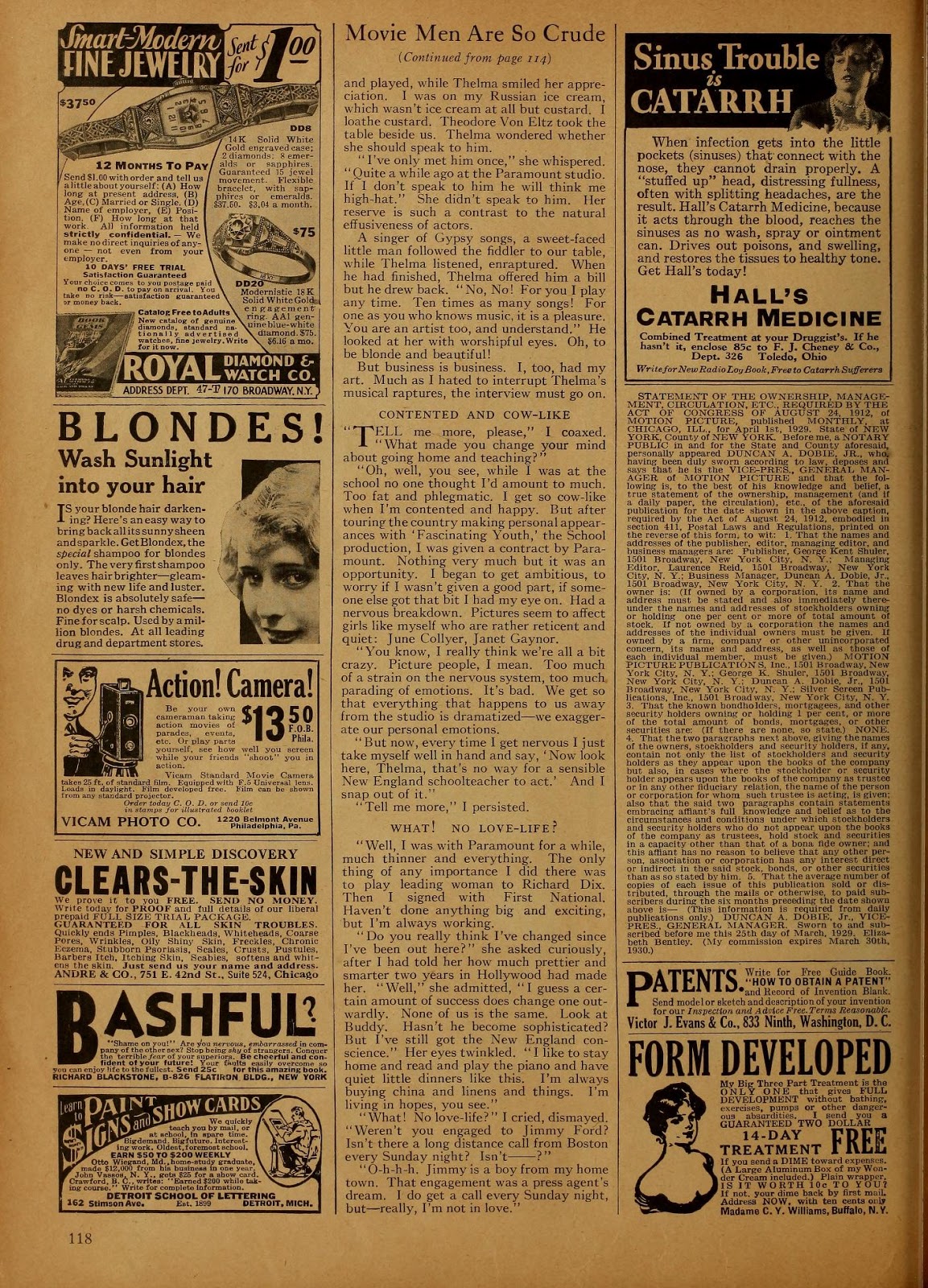 Few people had home movies at that time. Those would become more common later on. 8mm film ( the more usual home movie film format ) wasn't even introduced until 1932.

Posted by Benny Drinnon at 1:59 PM