A letter Joyce Compton sent to a fan in the 1980's along with a photo. 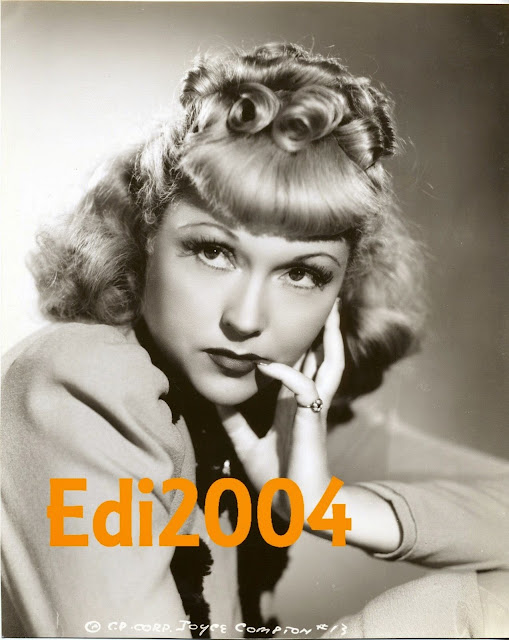 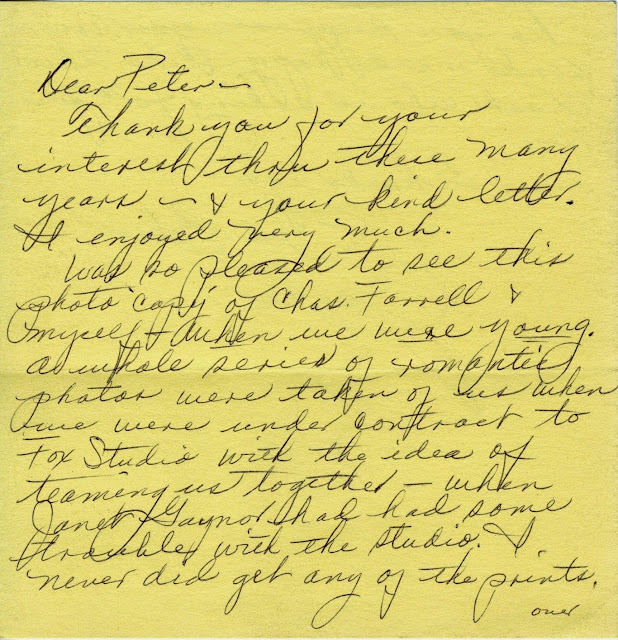 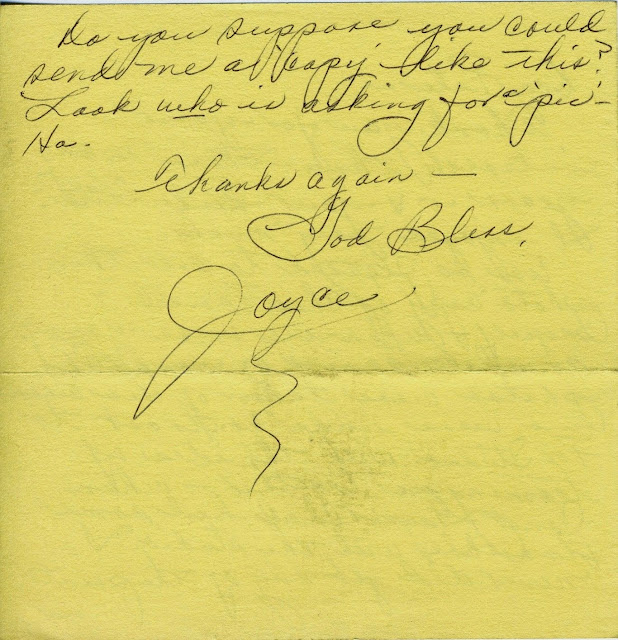 Vintage Original glossy, photo without borders of JOYCE COMPTON from the early 1930’s.

Joyce Compton was an American actress who acted in more than 200 films during her 35 year career.  She was born Olivia Joyce Compton in Lexington, Kentucky and not "Eleanor Hunt" as is frequently erroneously stated.  She had appeared in the 1931 film “Good Sport” with Eleanor Hunt and this confusion in an early press article followed Compton throughout her career.
JOYCE COMPTON first made a name for herself when she was named one of the WAMPAS Baby Stars in 1926, alongside: Mary Brian, Dolores Costello, Joan Crawford, Dolores del Río, Janet Gaynor and Fay Wray.
She is most likely wearing her own gown and accessories, as she often had to use her own gowns, furs and jewels in many of the low budget movies she appeared in.  The opal ring that had belonged originally to her maternal aunt is shown on her pinkie finger in this photo and an excellent close-up of the ring.  JOYCE COMPTON reported her aunt died young at 40 years old and JOYCE was around 13 years old at the time.  She inherited this ring and wore it all through high school and wore it in almost all of her films.  This photo is one of the best in terms of seeing the opal ring on her pinkie.
A devout Christian, on her gravestone, just beneath her dates of birth and death, is written "Christian Actress". One can see her faith addressed in the letter included, as she signed off with “God Bless”
Also selling is a 4 7/8” X 3 1/8” Vintage Original double-sided AUTOGRAPHED LETTER signed by JOYCE COMPTON with her own hand in black ink. It reads:

Thank you for your interest thru these many years & your kind letter. I enjoyed very much.

Was pleased to see this photo copy of Chas Farrell & myself when we were young.  A whole series of romantic photos were taken of us when we were under contract to Fox Studios with the idea of teaming us together – when Janet Gaynor had had some trouble with the studio.  I never did get any of the prints.

Do you suppose you could send me a copy like this? Look who is asking for a pic-- Ha.

Joyce”
JOYCE COMPTON sent this Autograph Letter to PETER HANSON, a well-known collector of movie star memorabilia.  I purchased this letter and photo from his estate.  I would estimate JOYCE COMPTON wrote this letter in the early 1980's, as she was known to use yellow stationary during that time frame.