Here is an interesting photo of our Joe Besser with Moe Howard and Larry Fine from The Three Stooges. It was taken on the last day of shooting their last short. The short was called Flying Saucer Daffy, and that was on December 20th 1957. The photo seen below was taken in the afternoon some hours before director/producer Jules White told the boys that they were not extending their contract. The contract would expire on Jan 3rd 1958. In photo we see famed actor Rory Calhoun and actor Frank Dekova with the stooges. They were shooting the film Apache Territory that same day at the Columbia Studios lot. The blonde actress in the photo was also in Flying Saucer Daffy but her name is unknown. It was a happy time for all the Stooges. Sadly a different photo taken the same day but about 5 hours later they all appear sad. It was the end of an era. For Joe it was just another chapter in his long comedic career. 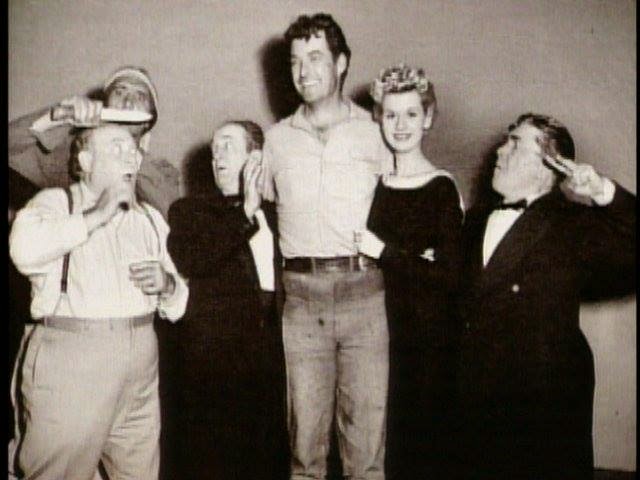