Joyce Compton sent this letter to a fan, along with a photo of her from the Hal Roach production TURNABOUT. 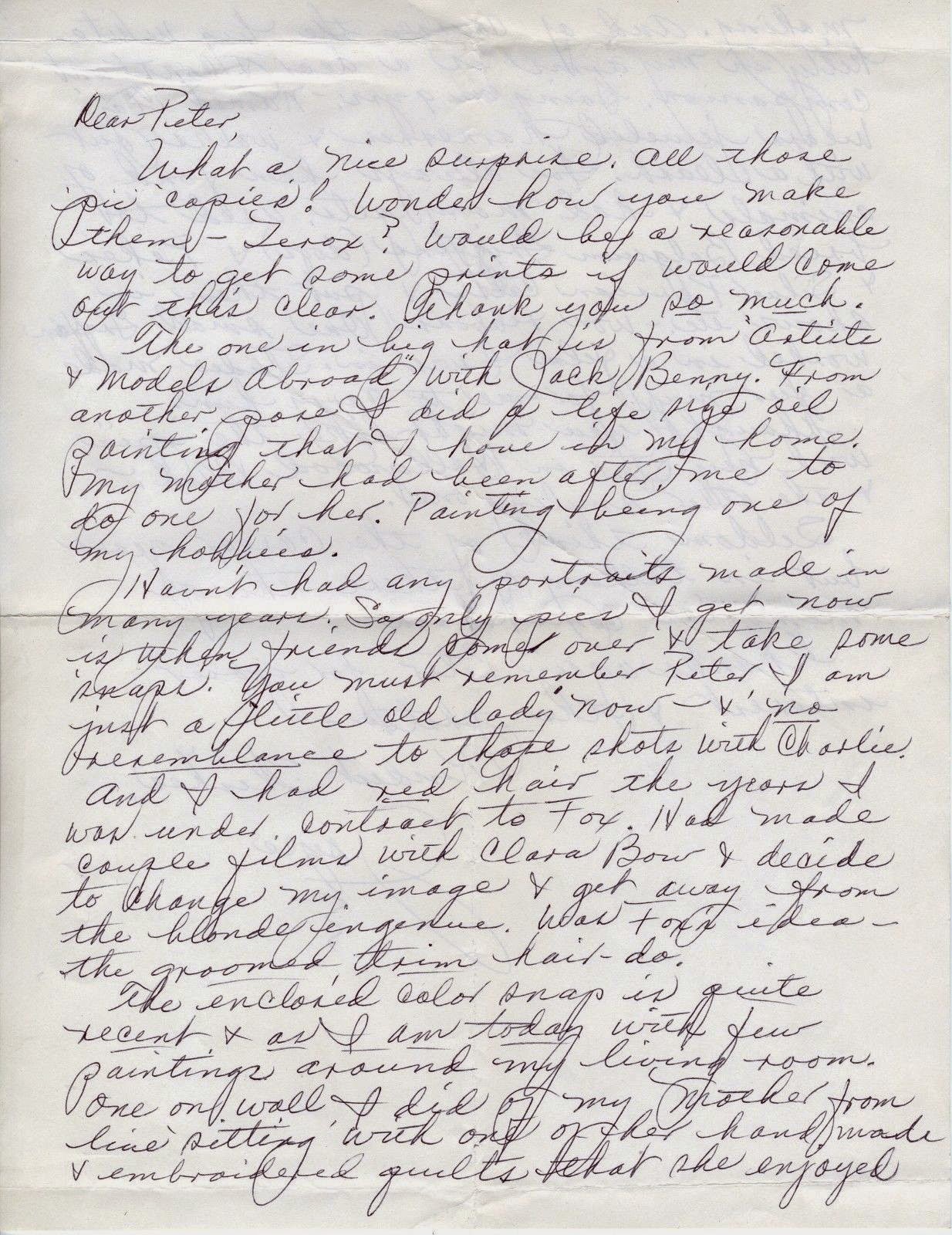 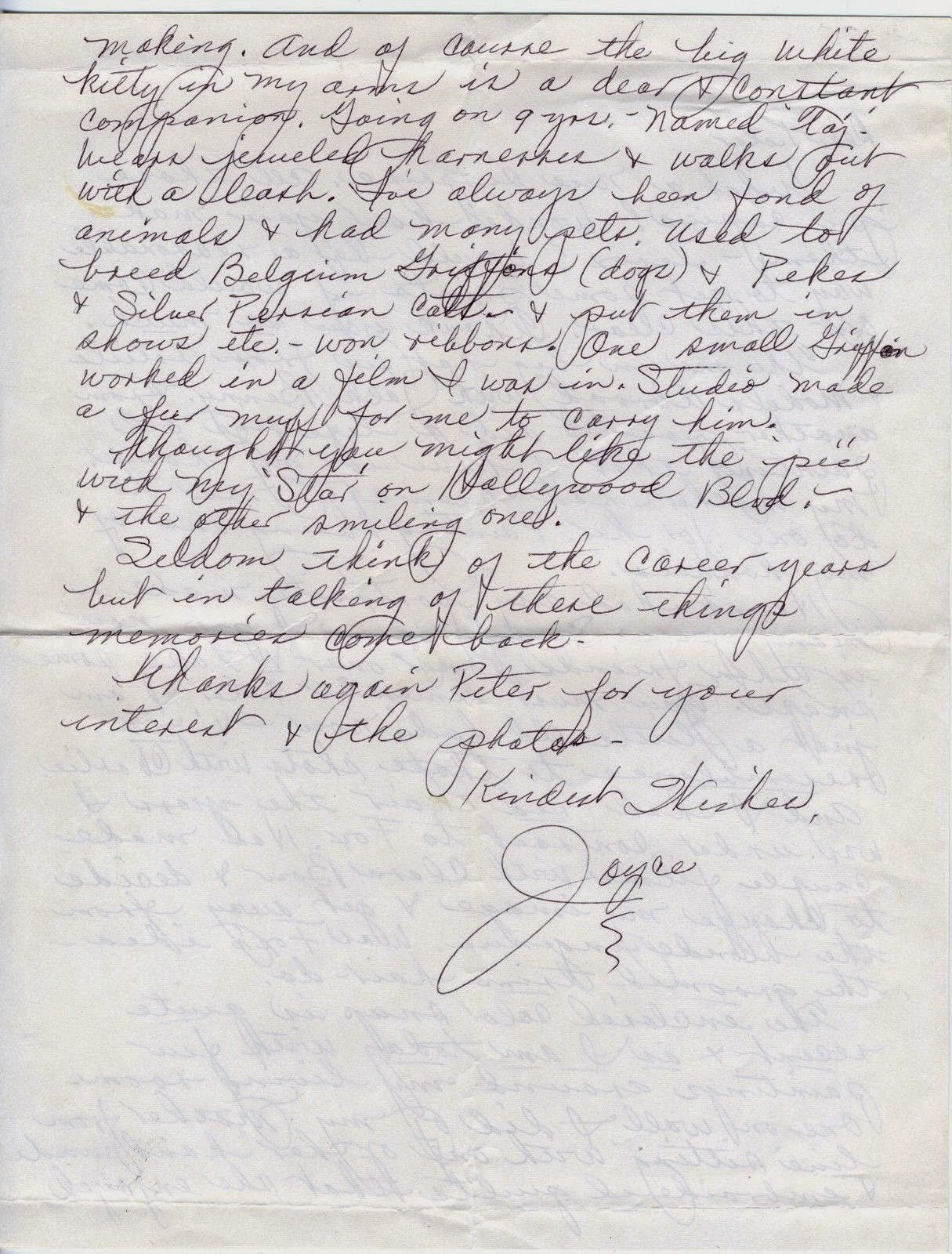 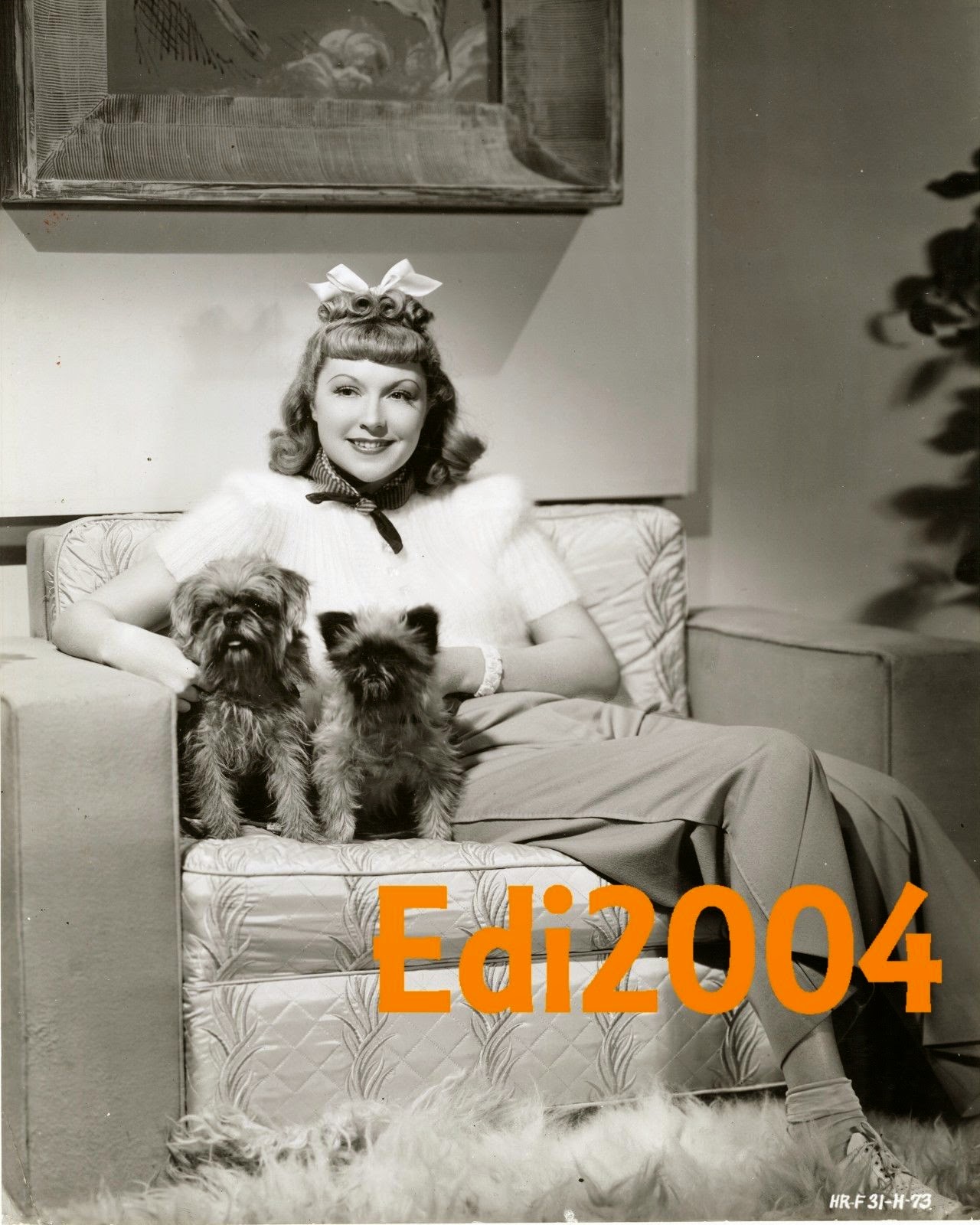 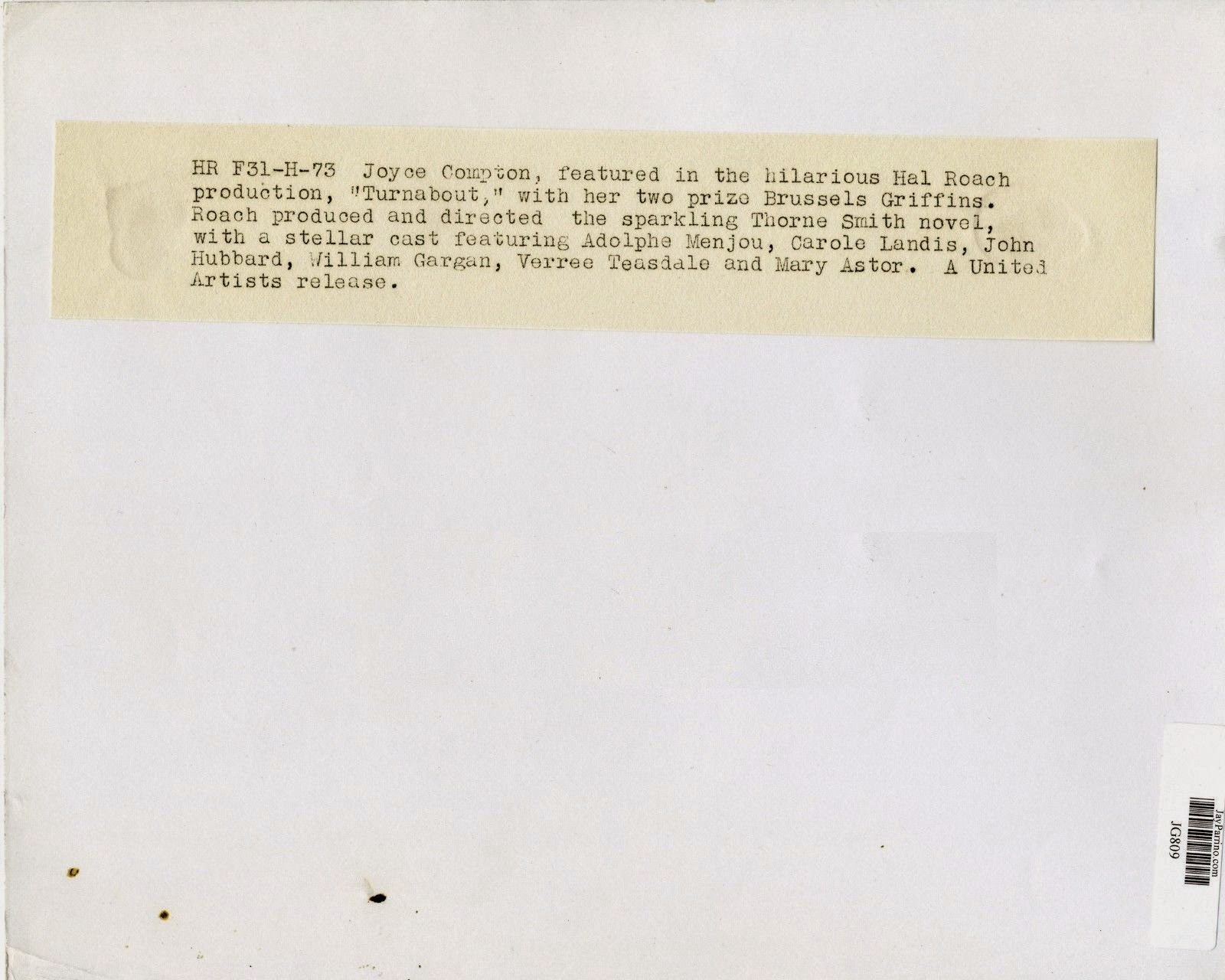 Vintage Original glossy photo without borders of JOYCE COMPTON from the 1940 film, “TURNABOUT.”

On the back of the photo is an affixed typed snipe.  It reads “Joyce Compton, featured in the hilarious Hal Roach production, “Turnabout,” with her two prize Brussels Griffins.  Roach produced and directed the sparkling Thorne Smith novel with a stellar cast featuring Adolphe Menjou, Carole Landis, John Hubbard, William Gargan, Verree Teasdale and Mary Astor.  A United Artists release.”
Joyce Compton was an American actress who acted in more than 200 films during her 35 year career.  She was born Olivia Joyce Compton in Lexington, Kentucky and not "Eleanor Hunt" as is frequently erroneously stated.  She had appeared in the 1931 film “Good Sport” with Eleanor Hunt and this confusion in an early press article followed Compton throughout her career.
JOYCE COMPTON first made a name for herself when she was named one of the WAMPAS Baby Stars in 1926, alongside: Mary Brian, Dolores Costello, Joan Crawford, Dolores del Río, Janet Gaynor and Fay Wray.
Also selling is a 8 1/2” X 11” Vintage Original two-sided AUTOGRAPH Letter signed by JOYCE COMPTON with her own hand in black ink.  In this lengthy letter she speaks of some photos Peter Hanson had sent her, and of some of her personal memories, likes, and private moments in life.  She speaks of breeding pure-bred dogs and cats as well as doing oil painting and the specifics of  some of her paintings.  She speaks of being a red head, as well as being blonde during her career, but that she is now "a little old lady".   A portion of the original envelope she addressed is enclosed with a postmark date of April 8, 1981, which dates the timeframe of this letter to PETER HANSON to 1981.   Peter Hanson was a well-known movie star memorabilia collector and was known to be friends with many of the Hollywood stars.  I purchased this photo, along with this letter and envelope clipping from the PETER HANSON estate.   This is a must have fro the JOYCE COMPTON collector, as the letter very much personalizes the life of JOYCE COMPTON and most detailed.