SCREEN THRILLS ILLUSTRATED was a Warren Magazine, somewhat similar to FAMOUS MONSTERS OF FILMLAND, only the emphasis was on action and adventure films. But issue #8 had an article about the Marx Brothers which had pictures of them with Esther Muir. Originally published May 1964. Recently I've seen speculations about the wallpaper scene in A DAY AT THE RACES, based on publicity photos. They said that Esther Muir must have had a bucket dumped on her originally, but it got cut out.  Obviously there were some creative publicity photos that didn't follow the movie exactly, since the top one shows Groucho being wallpapered. 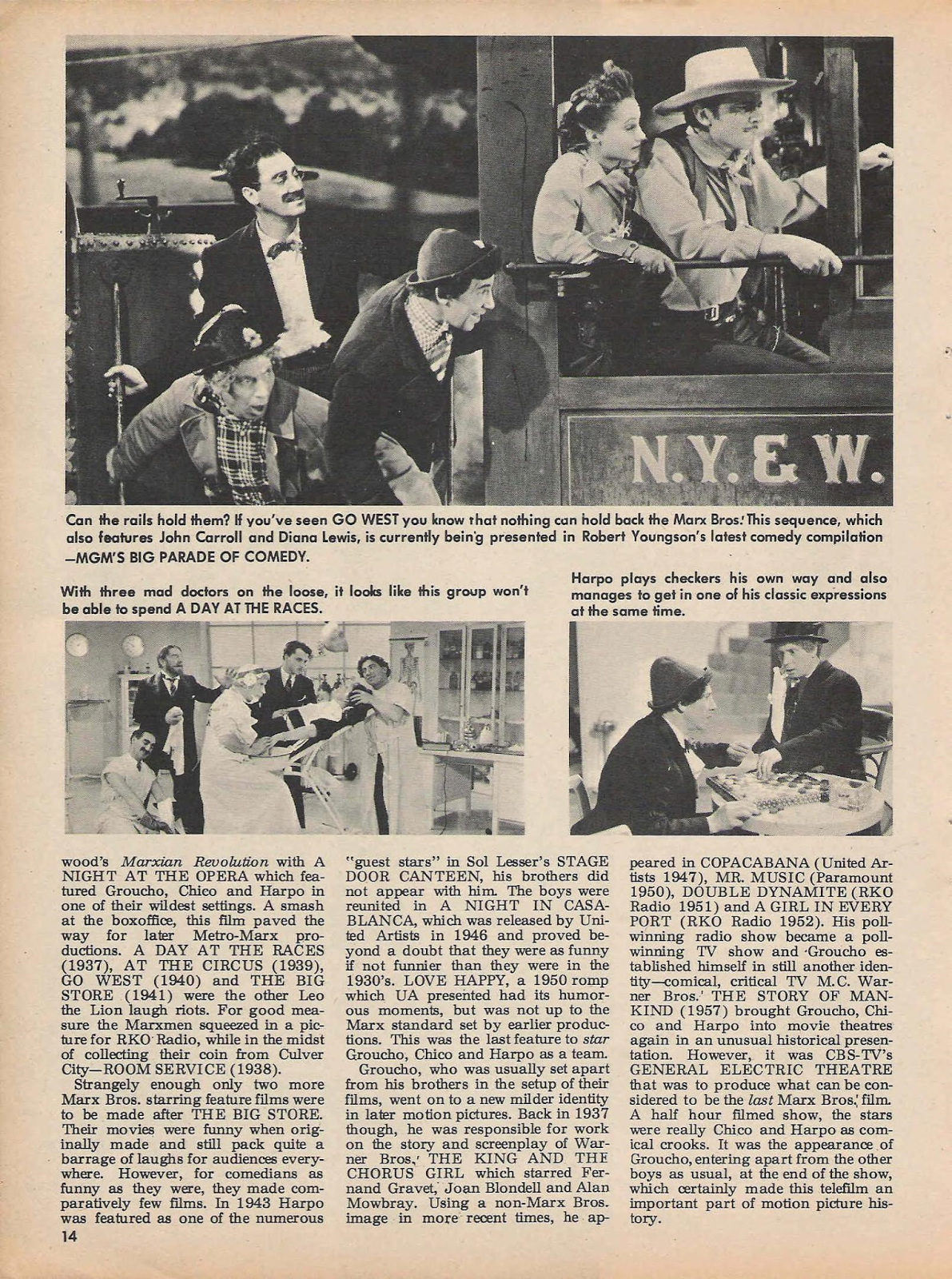 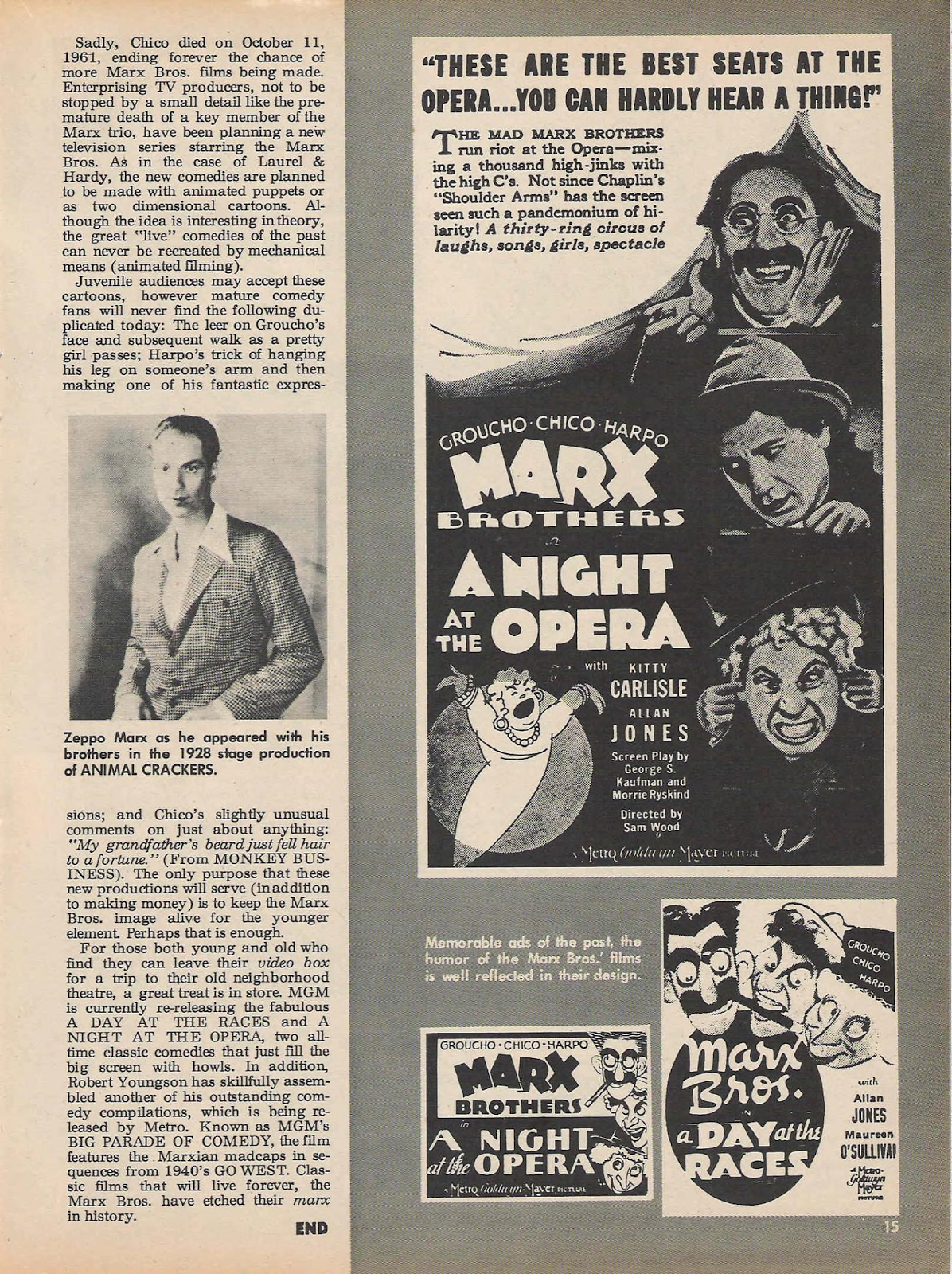