A postcard Joyce Compton sent to a fan, and a photo that was offered with it on ebay. 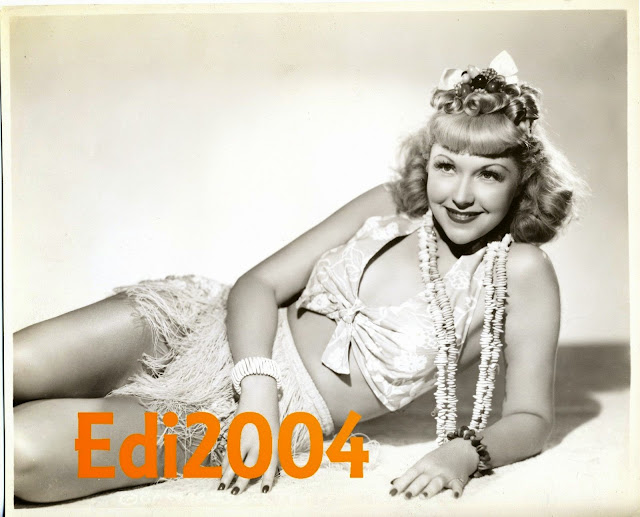 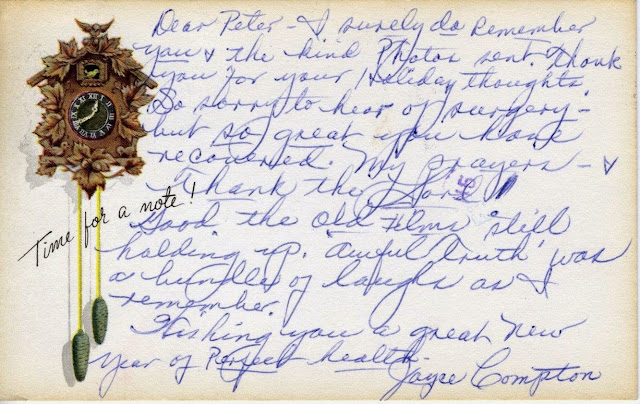 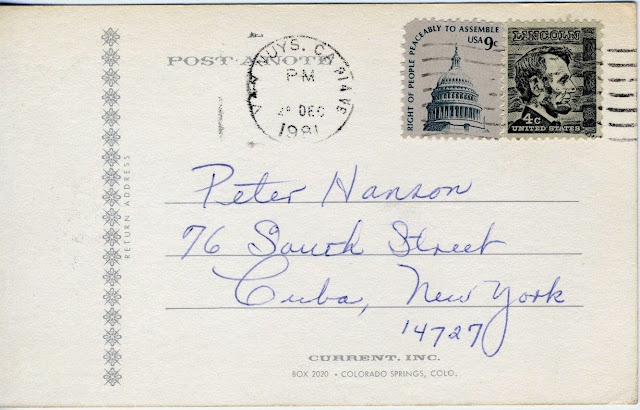 Joyce Compton was an American actress who acted in more than 200 films during her 35 year career.  She was born Olivia Joyce Compton in Lexington, Kentucky and not "Eleanor Hunt" as is frequently erroneously stated.  She had appeared in the 1931 film “Good Sport” with Eleanor Hunt and this confusion in an early press article followed Compton throughout her career.
JOYCE COMPTON first made a name for herself when she was named one of the WAMPAS Baby Stars in 1926, alongside: Mary Brian, Dolores Costello, Joan Crawford, Dolores del Río, Janet Gaynor and Fay Wray.
She is most likely wearing her own gown and accessories, as she often had to use her own gowns, furs and jewels in many of the low budget movies she appeared in.
A devout Christian, on her gravestone, just beneath her dates of birth and death, is written "Christian Actress". One can note her strong Christian faith in the text of this postcard.
Also selling is a 5 1/4” X 3 3/8” Vintage Original AUTOGRAPH POSTCARD LETTER signed by JOYCE COMPTON with her own hand in blue ink.  The postcard is stamped December 20, 1981 and addressed to Peter Hanson, a well known collector of movie star memorabilia over his lifetime.  It reads :

Dear Peter- I surely do remember you & the kind photos sent.  Thank you for your Holiday thoughts.  So sorry to hear of surgery- but so great you have recovered.  My prayers- I Thank the Lord!  Good the old films still holding up.  'Awful Truth' was a bundle of laughs as I remember.

Wishing you a great New Year of Perfect health