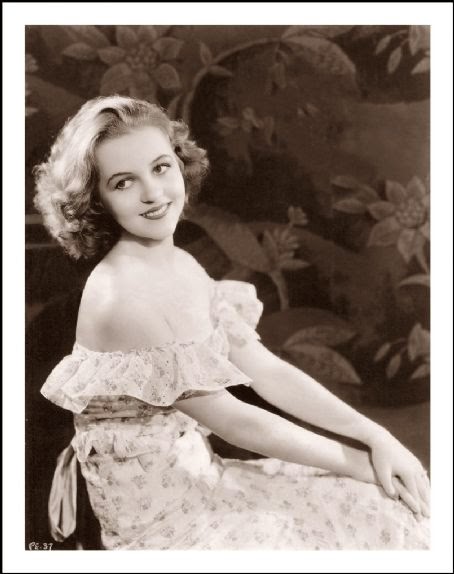 Patricia Ellis was a star of the thirties who is probably best remembered for being in BLOCKHEADS with Laurel and Hardy.

From Wikipedia, the free encyclopedia
Patricia Ellis (May 20, 1916 – March 26, 1970) was an American film actress of the 1930s.
Born Patricia Leftwich in Birmingham, Michigan, Ellis began her stage career after leaving school. Given a film test while appearing on stage in New York, she was put under contract by Warner Bros.. In 1932, she had two small parts, both uncredited, in the films Three on a Match and Central Park. That same year, she was one of fourteen girls chosen as WAMPAS Baby Stars; Ellis, at 16, was the youngest. Her first credited role was in the 1933 film The King's Vacation, starring George Arliss and Marjorie Gateson.
After that film, her career took off, with her starring mostly in lower-budget B-movies but still working steadily. She had roles in eight films in 1933, co-starring that year with James Cagney in Picture Snatcher, and in another seven in 1934. She started 1935 off with A Night at the Ritz, in which she had the lead female role, opposite William Gargan.[1]
She starred in seven films that year and another seven in 1936. Starring alongside some of Hollywood's biggest names, including James Cagney, Ricardo Cortez, and Bela Lugosi, Ellis's career was at its peak by 1937. Most of her roles were in comedy films, along with some mysteries and crime dramas, and by 1936 she was playing the female lead in almost all her films. She starred in five films that year, then only three in 1938, and finally just two in 1939.[1]

She retired in 1939, choosing to marry George T. O'Malley, a successful businessman from Kansas City, Missouri, and left Hollywood behind her. She settled into private life, raising her family in Kansas City. She was an aunt of actor D. David Morin, her sister's son.

Ellis remained married to O'Malley for the remainder of her life, dying of cancer at age 53 on March 26, 1970, in Kansas City.[citation needed]

BLOCKHEADS was the first movie I saw Patricia Ellis in. I imagine it must be the one for which she is best known today. 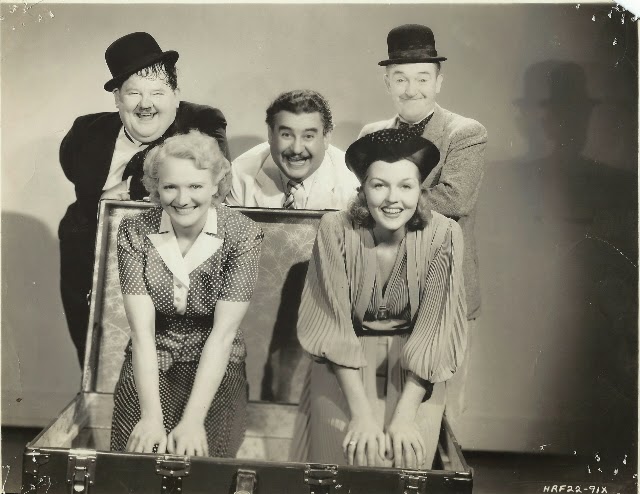 Early 30's Warner Brothers publicity photo with Patricia Ellis at right, her mother Mrs. Alexander Leftwitch on the left, and Glenda Farrell in the middle. Each is holding a leopard cub. 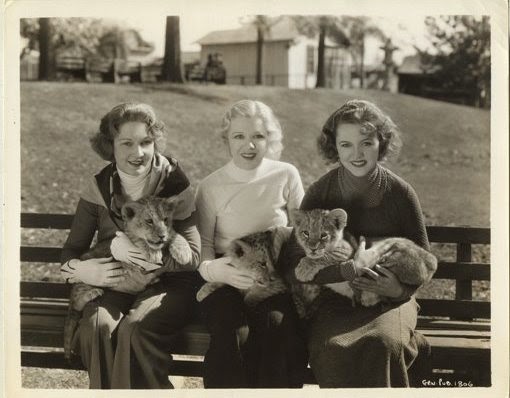 Patricia Ellis in first place in THE CASE OF THE LUCKY LEGS ( 1935 ), which was a Perry Mason story. Another version of the story was done for the television program with Raymond Burr. 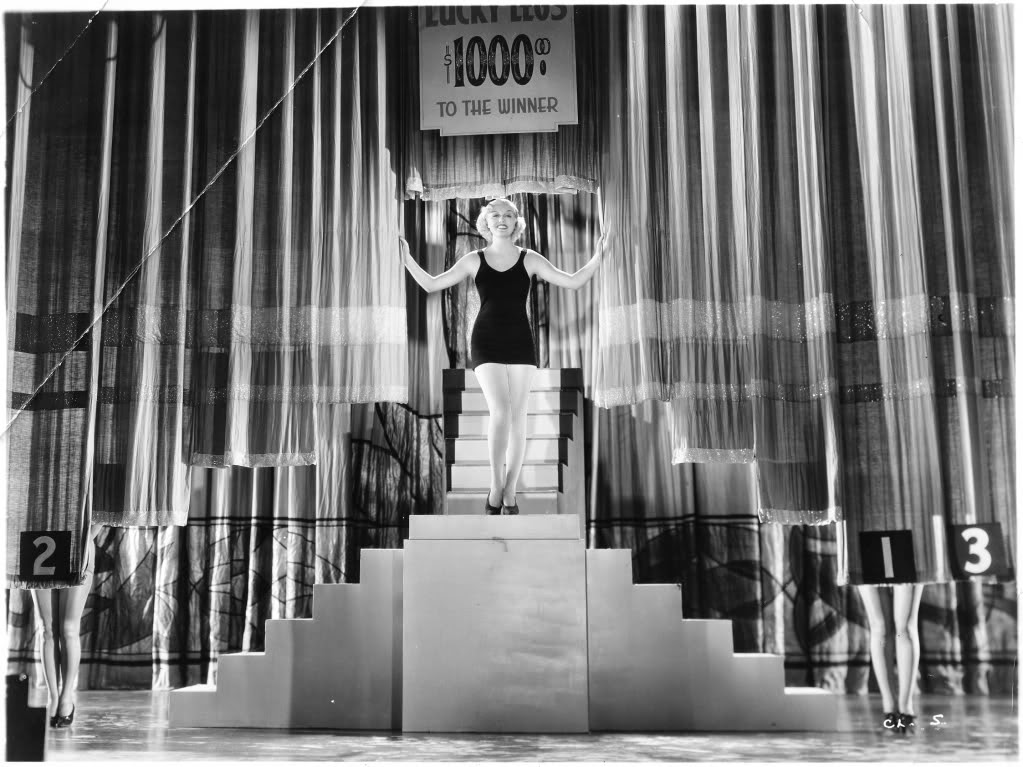 Patricia Ellis is compared to a statue of Venus in a publicity still for VENUS MAKES TROUBLE ( 1937 ). 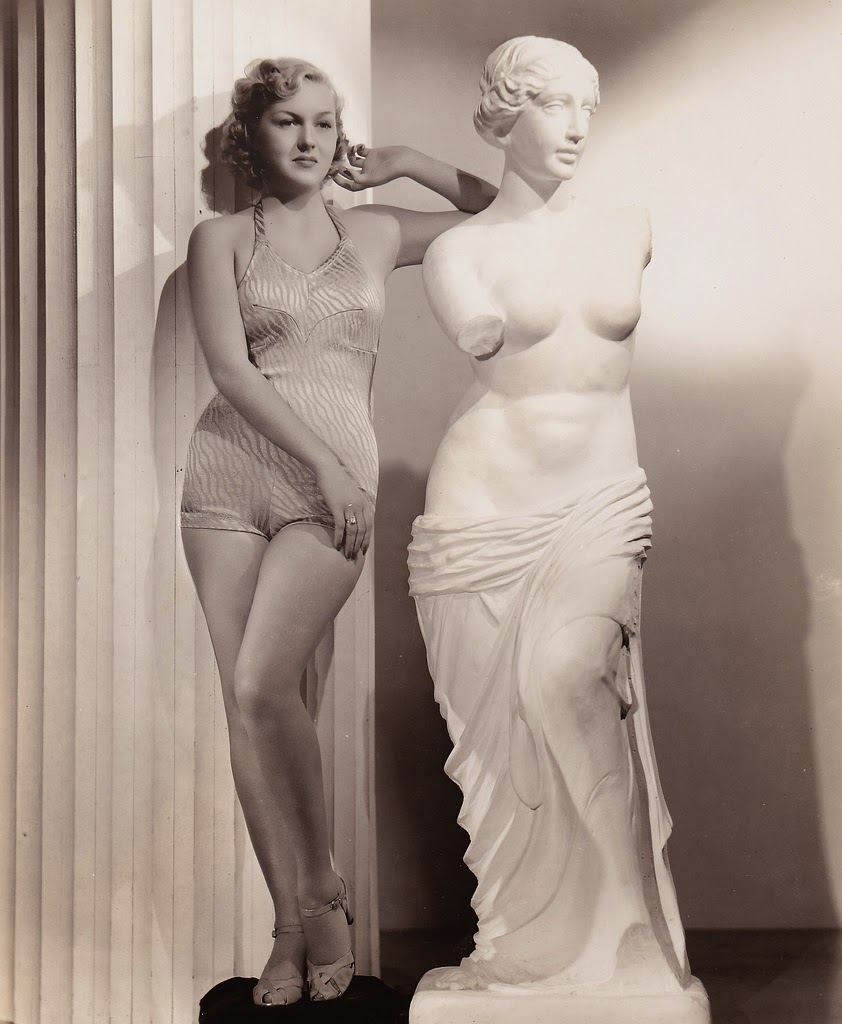 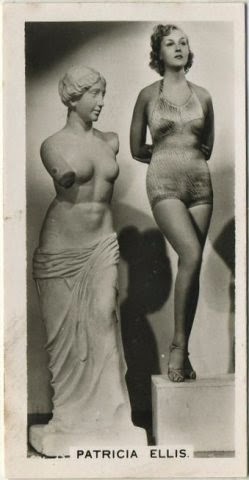 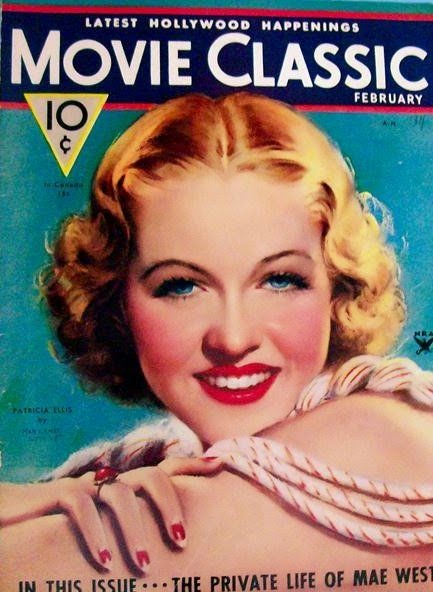 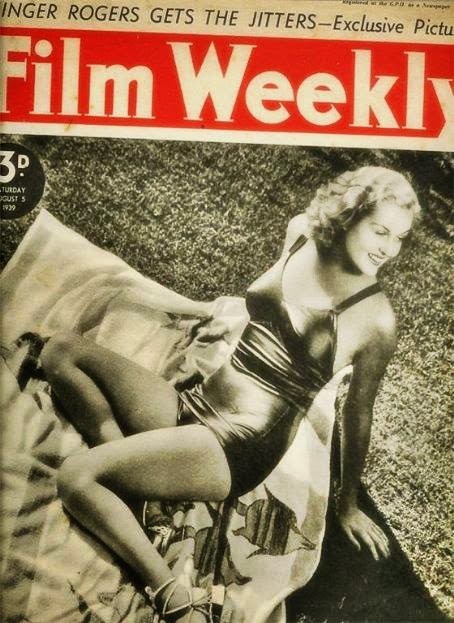 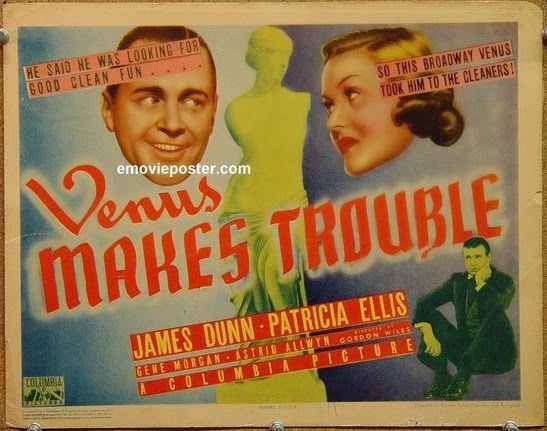 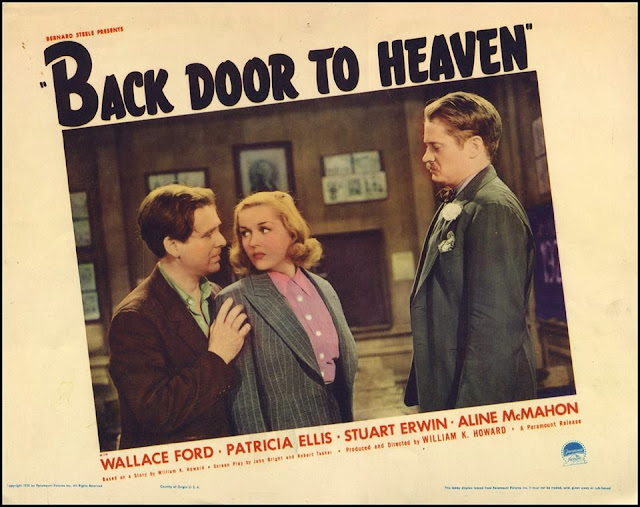