Rob Wagner Hired To Direct At The Hal Roach Studio


An item on Rob Wagner that says Roach hired him as a director. Other accounts have mentioned Wagner writing for Roach. He was a well known writer at the time. He wrote about Thelma Todd in the fan magazine after she got into the movies. 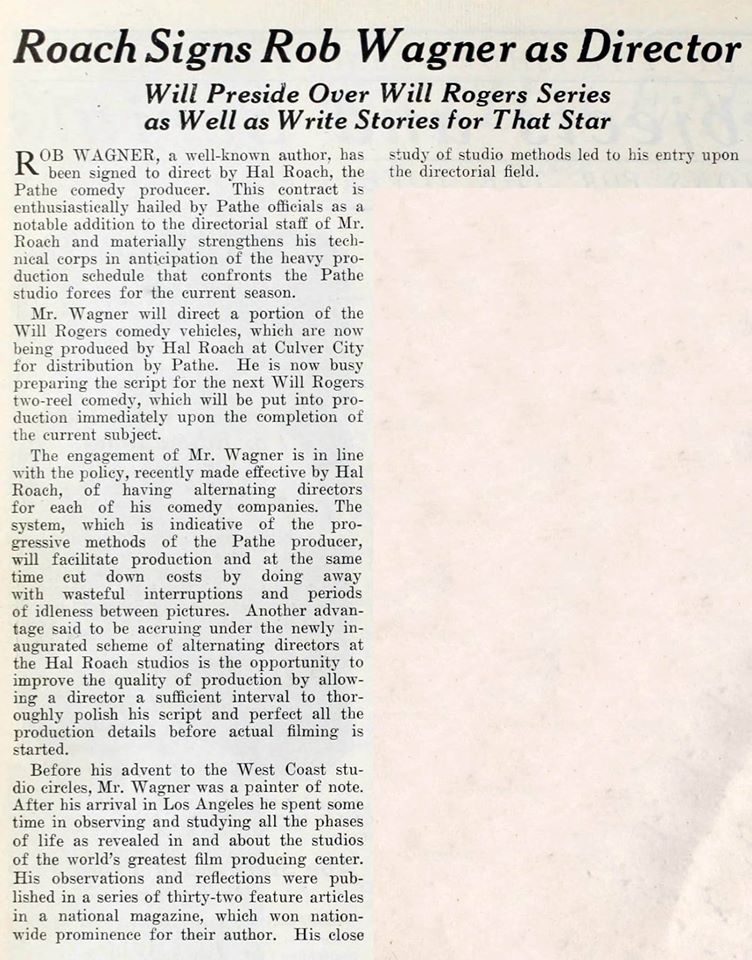